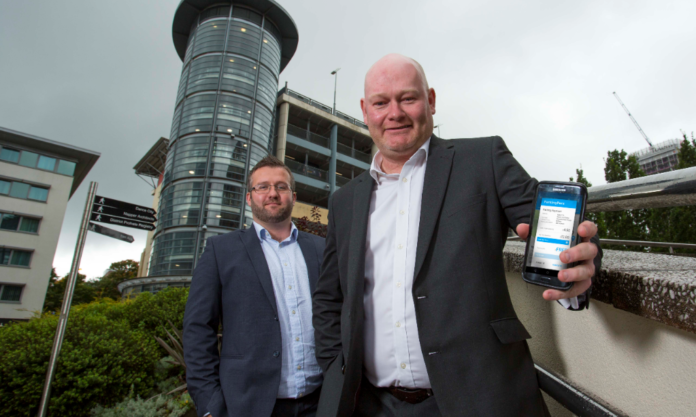 Entrepreneur Chris Reed developed the ParkingPerx loyalty app, which rewards consumers who spend on the high street with money off parking. He has now raised €364k to deliver his idea.

The investment comes from the North East Venture Fund (NEVF), which is supported by the European Regional Development Fund and managed by Mercia, and former TV ‘dragon’ Jenny Campbell.

It uses ‘smart beacons’ in car parks, which recognise customers as they approach, removing the need to use ticket machines or enter location codes. The funding will allow ProxiSmart to roll out the system and create six new jobs in the coming year.

ProxiSmart has been named one of the 50 most innovative tech companies in England and Chris was shortlisted for NatWest’s Great British ‘High Street Entrepreneur’ of the Year. Yet, as an early-stage regional business, the company struggled for months to raise funds before Chris appeared on TV’s Dragons’ Den and approached Mercia and the North East Venture Fund.

“I’d struggled to find the right investors and was ready to give up on the idea, but Mercia showed strong support and then the opportunity to go on Dragons’ Den came up. The reaction from the programme has been brilliant and demonstrated that there was a real appetite for the solution across the UK. With the backing of Mercia and Jenny Campbell, I am now ready to start deploying into live locations over the coming months.”

ProxiSmart, which is based in Morpeth in Northumberland, is now working in partnership with RingGo, the UK’s largest cashless parking solution providers, and has signed up over 150 national high street brands.

“It is great to be able to support Chris with the roll-out of ParkingPerx,” said James Allsopp, an investment manager with Mercia. “Chris has developed a great product that could not only help high streets but also have much wider applications. As the business can harvest meaningful information on the movements and habits of people in urban areas, it fits nicely into the current Smart City agenda.”

Richard Butts at Ward Hadaway provided legal advice to the company on the deal, while John Hammill from Square One Law acted for the fund.

The NEVF can invest up to £1 million for firms in Northumberland, Durham and Tyne & Wear, particularly those which are engaged in innovation or developing disruptive business models. Funding is available to all companies with high growth potential and also pre-start enterprises.