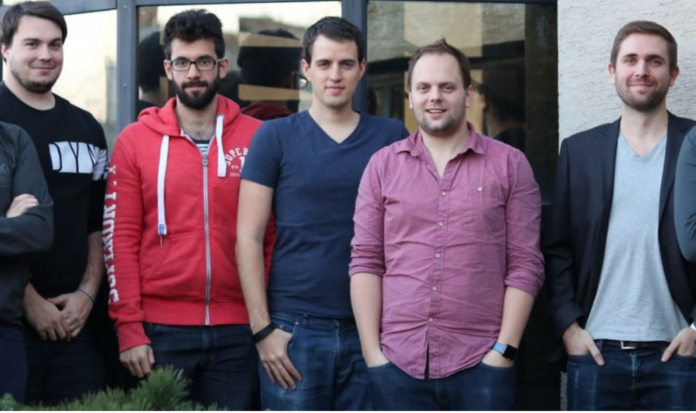 Budapest-based Shapr3D, which pioneered the 3D computer-aided design (CAD) modelling app for iPad Pro, has announced €5.5 million in Series A financing from top European early-stage venture capital firms Point Nine and Creandum (one of the original investors in Spotify). The startup previously raised $1.3 million in December 2017.

Designers today are creating very different products than twenty years ago – such as blueprints for 3D printed products – but are doing so using software that hasn’t changed in decades. Shapr3D fills this gap with its mobile app for 3D CAD design. Since Shapr3D’s launch on the Apple App Store in 2016, it has had over a million downloads.

The Shapr3D team will use this investment to open new European office locations, create new distribution channels, and grow its headcount to 100. New hires will be a mixture of both engineering and commercial roles, and the company is specifically looking for a VP of marketing.

“I came up with the idea for Shapr3D because I could see the urgent need for a 3D modeling application that is intuitive and easy to use on the move,” said István Csanády, CEO and founder of Shapr3D. “I believe that if you are using a tool for 8-10 hours a day, it should fundamentally be better than what is on offer to designers today. We all want consumer-like apps at work, and sub-standard experiences just aren’t acceptable anymore. My generation, in particular, simply won’t tolerate bad software, and the CAD software world hasn’t changed in three decades.”

Shapr3D has also amassed a significant social media following – including more than 220,000 followers on Instagram and 40,000 on Facebook – this level of word-of-mouth support is highly unusual for business software. The market for CAD modeling is estimated at $9 billion annually with 3% annual growth, and Shapr3D is currently growing at 10% month.

“One Shapr3D user told me this is the first time software has truly supported his creativity as opposed to standing in the way of it. Even my kids love playing with this app, which really is testament to just how easy it is to use and how much it opens up the market for design,” said Christoph Janz, partner at Point Nine Capital. “The Shapr3D solution creates a new category of 3D design software and we are really happy to be working with the company, particularly as it is our first investment in Hungary.”

Shapr3D enables early stage design, ideation and creation – helping to boost meaningful innovation. This is in contrast to existing CAD software and applications, which typically support the later stages of the design workflow and are not built to facilitate creative work. Shapr3D is the first CAD system to run Parasolid and HOOPS Exchange on iOS natively, and the only one designed specifically for iPad Pro. The app gives mechanical and industrial engineers and designers – from jewellery design to underground boring – a slick, mobile experience. Its intuitive design and subscription-based model greatly lower traditional barriers to entry in 3D CAD modeling, which typically requires specialist training to use.

“Istvàn and his team have built an application that users love,” said Fredrik Cassel, general partner at Creandum. “The amount of professional and semi-professional customers that Shapr3D has turned into real evangelists proves that there is massive demand for consumer-friendly 3D design software. We’re incredibly excited to join the journey.”