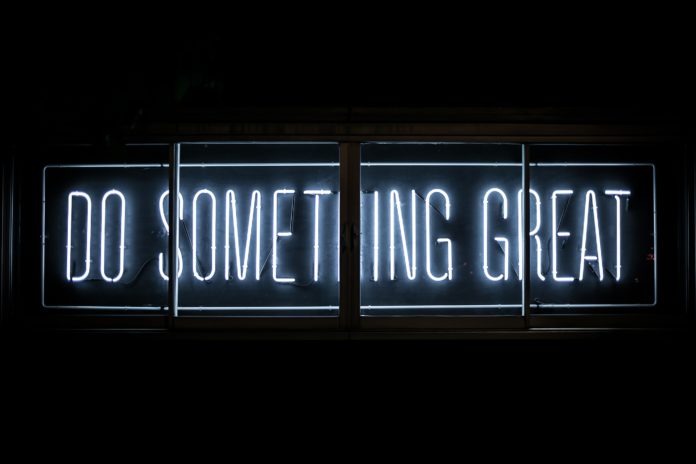 The combination of business with social issues has gained momentum in the last decade, and we are witnessing more and more startups that are recognizing social problems and finding ways to tackle them. Although social entrepreneurship is mainly driven by societal needs, here are 10 success stories which prove that you can do good and make money at the same time.

Agricool – Urban vertical farming is incredibly on-trend. Guillaume Fourdinier and Gonzague Gru certainly know that as their startup is doing incredibly well. Founded in 2015, the Paris-based startup offers ‘Cooltainers’, recycled shipping containers transformed into urban farms, where you can grow fruits and vegetables. Agricool began with strawberries, which contain on average 20% more sugar and 30% more vitamin C than regular supermarket strawberries. From Paris to Dubai, Agricool is paving the way for a sustainable and urban agtech future.

Arborea – Scientist turned entrepreneur Julian Melchiorri believes he can tackle pollution and climate change with microalgae. His innovation, a ‘Bio Solar Leaf’, is a solar panel-like structure filled with bio-organisms that can remove carbon dioxide and produce breathable oxygen at a rate equivalent to 100 trees, while facilitating the growth of microscopic plants to produce healthy food ingredients. Imperial College London has already teamed up with biochemical tech startup to pilot this technology on its roof and improve the surrounding air quality. If everything goes well, the Bio Solar Leaf might be coming soon to a rooftop near you.

ChargedUp – People have become so addicted to smartphones that when they run out of battery, it’s like the end of the world. But this London-based startup can now help you avoid this problem with their mobile charging network, run on green energy. Founded in 2017, ChargedUp lets you rent a mobile charging pack from one destination and return it at a different location. Inspired by the bike-sharing business model, ChargedUp has partnered with Marks & Spencer to trial its service and is hoping to put chargers in more than 1500 locations by mid-2019.

Feelif – The winner of the Best European Social Innovation 2017 in Europe was the Slovenian startup Feelif, which develops multimedia devices for the blind and visually impaired and accompanying multisensory digital games and educational content. With the help of this social innovation, users can feel shapes, explore geometric diagrams, draw, play games, and more. Feelif was also named the global champion and the best digital solution in the world by the World Summit Awards 2019.

Koovee – A ban on plastic cutlery is set to come into force in 2020 across the EU and Koovee can help with that transition. The French startup was founded in 2017 to offer an ecological alternative to plastic cutlery in the form of biodegradable, economic and tasty edible cutlery. Their spoons, knives and forks are based on wheat flour, rapeseed oil and salt, without additives or chemicals and taste like crackers. Next time you have your dessert, you will be contributing to reducing waste plastics.

Orange Fiber – Each year Sicily’s orange juice industry produced 700,000 tonnes of waste and two Italian designers decided to put it to good use, by patenting and manufacturing the first sustainable fabric from citrus juice by-products. The newly created lightweight materials were already featured in Salvatore Ferragamo Summer/Spring 2017 collection and H&M’s annual Conscious Exclusive collection 2019. In 2015 the company won the Global Change Award by H&M Foundation responding to the need for sustainability and innovation of fashion brands.

Solar Foods – The future of food is being slowly cooked in Finland. A Finnish startup, Solar Foods is producing edible protein out of water, electricity and air. They currently produce one kilogram of protein-rich edible powder (“Solein”) per day, which could be used to enrich widely consumed human foods such as bread or pasta. Just recently they teamed up with the European Space Agency to develop a system for producing proteins for space flights to Mars, while commercial production is scheduled for 2021.

Sustainer Homes – Founded in response to the housing crisis faced by many young people today, this Dutch startup is offering a modular model home, which is completely self-sufficient, mobile and sustainable. Made from recycled shipping containers, the new houses are equipped with solar panels, a battery for storing electricity, a water pump and smart equipment. The best thing about it: it can be shipped anywhere and set up in minutes. This Startupbootcamp alumni has already built this next-generation housing in the Netherlands.

Too Good To Go – Founded in Copenhagen, Too Good To Go is an app that connects customers to restaurants and stores that have unsold, surplus food and lets the customers buy the excess food at a lower price than normal. It’s a win-win situation for both consumers and the environment. In their effort to tackle food waste so far they have saved over 20 million meals and have reduced around 40 million kg of CO2 . Recently they were recognized as Europe’s hottest company at the Tech5 Awards hosted by TNW and Adyen, and we just interviewed the startup’s CEO Mette Lykke.

Chatterbox – In light of the refugee crisis all over Europe, Mursal Hedayat decided to turn her personal experience into a business idea. Having experienced the difficulties of integration as a refugee, she decided to start a company which would train and employ refugees to lead online and in-person language tutoring in their native languages. Founded in 2016 and headquartered in London, today Chatterbox offers courses in Mandarin, French, Farsi, Turkish, Arabic, Korean, Hindi, Spanish, and more. 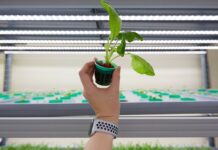 The future of agtech: wearables for cows, vertical farming & AI 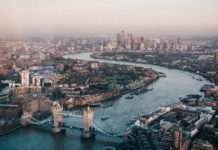 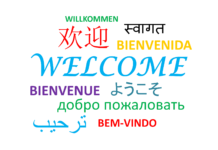 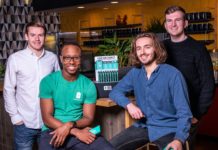 London-based ChargedUp grows its mobile charging network across the UK with a €1.4 million seed... 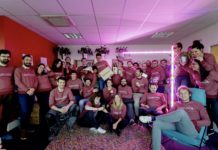 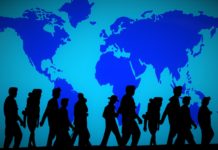