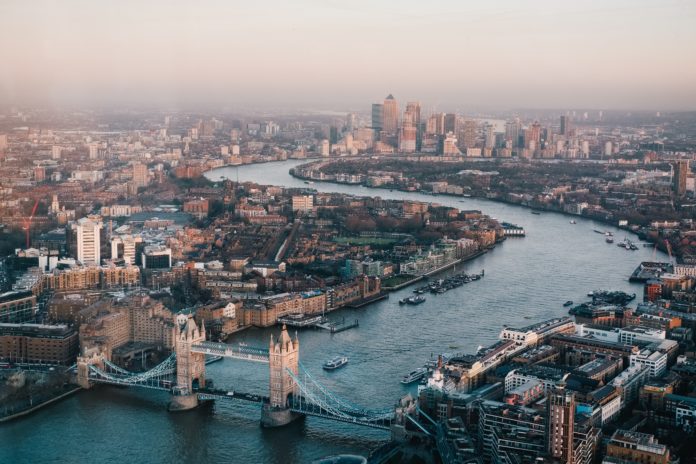 Hope and fear have been lurking in Europe’s largest, most active tech hub, but London has kept its leading position and even grown in the past three years in spite of Brexit. Tech groups have kept the candle of hope alive by campaigning for a second referendum, though a recent study shows that Brexit has already caused more damage to supply chains than natural disasters and cyber-attacks combined.

Now, with the appointment of die-hard Brexiteer Boris Johnson as Prime Minister, the fear is becoming real for tech startups and tech workers. If the UK leaves the EU on 31 October as Johnson promises, it will create all kinds of problems for startups – from attracting talent to funding and accessing the European market. But there is still hope if Labour can somehow manage to wrest power.

Despite the climate of uncertainty, and that startups are taking measures to prepare for the possibility of leaving the EU, London continues to churn out innovative startups with the potential to grow throughout Europe.

Here are 10 of London’s most interesting startups, founded within the past two years, to look out for in 2019 (and even beyond – god forbid – Brexit):

Wagestream is a social impact fintech startup with a mission to end payday poverty. Its flexible wage app allows staff to collect a percentage of their earned wages any day of the month, for a flat fee of £1.75. This gives employees greater financial security, while employers are better able to fill overtime shifts, because they can give workers access to that pay as soon as their shift is over — re-establishing the link between work and reward. Just founded in 2018, Wagestream raised a massive €46 million Series A round in May. Wagestream is a supporter of Finance For Good — a collective of fintech services firms committed to improving the financial wellbeing of everyday people.

ITCH is the new kid on the pet tech block. Developed in collaboration with veterinary experts, ITCH’s first product is a tailored monthly flea subscription service that makes it easy for pet owners to prevent and treat flea infestations. Additional pet care products are in the pipeline, including personalized calming, skin, joint, and dental products. ITCH is also planning to use curated and user generated content to create an online platform and community, in collaboration with its team of veterinary experts, to answer the plethora of well-being questions pet owners face on a daily basis. Founded in 2018, ITCH raised €5.6 million this July, and is planning to raise an additional €11 million in Q4 2019 to fund its growth.

Daye’s first product is a tampon that uses CBD to help tackle period cramps as an alternative to traditional painkillers. CBD is the extract derived from the flower of the industrial hemp plant, a legal part of marijuana that doesn’t contain THC, the psychoactive part of cannabis. The world’s first cramp-fighting tampons were designed with the help of doctors and rigorously tested. Just founded in 2018, Daye’s cannabis-infused tampons are already a hit, and the startup raised $5.5 million in May 2019.

Logistics startup ZenCargo, a digital freight forwarder for sea, air, and road cargo, has been growing steadily since it was founded in 2017. Though shipping is a multi-trillion dollar industry, it often relies on outdated logistical methods – like pen and paper, fax machines and telephones. On ZenCargo, shippers can receive quotes and book online in just a few minutes, and all shipment documents and Bills of Lading are managed in the cloud. Its platform allows customers to book, manage, and track their international freight, and use analytics to drive smart supply chain decisions, with 24/7 visibility on shipments. ZenCargo has raised €21.6 million to date.

Dataform – There are approximately 2.7 zettabytes of data in the world. Most companies store their data in a warehouse, but these are complex to manage, and data teams spend up to 80% of their time creating usable datasets, and just 20% of their time analyzing that data – meaning that data is often underutilized. To solve this problem, Dataform has created an what it calls an “operating system” for data warehouses. Using Dataform’s platform, a data stack that might have taken a team months to create can theoretically be implemented in days, and analysts can create new datasets in minutes instead of weeks. Founded in 2018, Dataform just raised a round of €1.8 million.

Oxford Cannabinoid Technologies – Despite its name, OCT is actually based in London. And though it failed to make our list of 10 startups innovating in the marijuana market, this biotech startup is actively innovating to create the most effective cannabis treatments available, managing a wide-ranging research program to investigate the medical potential of cannabinoids across different therapeutic areas. Founded in 2017, the startup raised almost $10 million from investors including Snoop Dogg’s VC firm Casa Verde Capital in May 2019.

Karakuri – Step aside, chefs – you’re being automated. Founded in 2018, Karakuri allows for the mass-production of individualized, healthy meals by combining robotics, optics, sensors, and machine learning into fully-customizable food preparation systems. The startup has so far created two robots: DK-One, which provides fast-turnaround and individualized meals for high volume customers such as restaurants, cafeterias, and central kitchens, and Marley, DK-One’s smaller, lower cost alternative. Karakuri raised a $9 million round led by the UK supermarket giant Ocado in May.

Moody Month is a new femtech app founded in 2018, developed in collaboration with a team of endocrinologists, psychiatrists, physicians, gynecologists, nutritionists, and fitness experts. Unlike its counterparts that just track periods and fertility cycles, Moody Month uses your data to tell you about the fluctuations in your hormones and how they affect your mood and your well-being on a day-to-day and monthly basis. Based on your logs and your cycle, Moody provides personalized insights into how your hormones affect your mood on different days, as well as tips and recommendations for food, workouts, and wellness techniques. So far, Moody Month is only available on iOS.

ChargedUp – People have become so addicted to smartphones that when they run out of battery, it’s like the end of the world. This startup is addressing this problem with their new mobile charging network, which uses green energy. Founded in 2017, ChargedUp lets you rent a mobile charging pack from one destination and return it at a different location, for only 50 pence. Inspired by the bike-sharing business model, ChargedUp plans to put chargers in more than 1,500 locations by mid-2019. In February, the startup raised a seed round of €1.4 million.

Dubbed the “Uber for removals”, Shift is an online platform and marketplace that helps you move your stuff from place to place – whether it be an office desk or everything in your home. You can get a quote instantly on their website, and a “Shifter” will pick up your things and deliver them to any destination within the UK. Shift also offers a “Shift For Business” option for companies that regularly deliver high volumes of goods. Founded in 2017, the startup already reported an annual turnover of €1.9 million, has enlisted over 4,000 self-employed drivers, and raised a €2.8 million funding round in May 2019.

Share
Facebook
Twitter
WhatsApp
Linkedin
Previous article
Why and How to Build a Startup – Chapter 2: Luck!
Next article
Cambridge Touch Technologies raises €9 million to expand the capabilities of touch screens

London-based theUp.co gets €8.3 million to expand hospitality ‘super app’ that will bring you the perfect night out

Cannatech: 10 of the most promising European cannabis tech startups