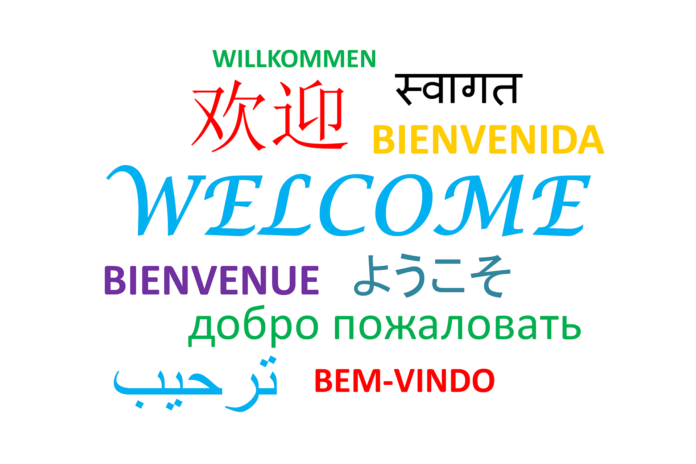 There are currently more than 7,000 living languages in the world, but statistically half of the world’s population speaks only one language. Nowadays in our connected world, technology enables us to learn a new language more easily than ever before. There are apps with educational games, one-to-one language lessons, language exchanges over texts, and even virtual reality conversation rooms. The possibilities are endless. Here are 10 European startups that can help you get started.

Lingvist – Mait Müntel was searching for new particles at CERN and learning the local language at the same time. However, it was not going so well. So he built software which assesses your level of knowledge of the language and determines how you should continue. Currently, there are four languages offered: French, German, Russian and Spanish, and the Tallin-based startup already counts 1 million users.

Mondly – Mondly is one of the most recognized language apps on the market. Using state-of-the-art AI programming, Mondly listens to your words and phrases and only gives you positive feedback if you have done it right. Four features are available: mondlyWORKS, a language learning software for businesses, mondlyVR, allowing people to experience lifelike conversations with virtual characters, mondlyAR, AR app with chatbot and speech recognition and mondlyKIDS, a free educational game. For a reason, Bloomberg said that this Romanian startup offers the closest thing to classroom education.

Tandem – Believing that speaking is the fastest way to fluency, Tandem offers a language exchange through their app. It connects and matches strangers so they can practice whatever language/s they each want to learn over text, talk or video chat. The Berlin-based startup was founded in 2015 to provide more than just language learning, but more of a cultural exchange platform. Today with 150+ languages, more than 2,500 language combinations and over 5 million members, the Tandem community is a great way to have fun and learn.

Lingokids – The Madrid-based startup is refreshing early childhood education through an online language learning service for kids. Their subscription-based platform teaches English to children ages 2 to 8 through a series of activities, games, songs, books, videos and interactive episodes adjusted to each child’s level. They also recently added a tutoring service where children can interact with a native English speaker in a small group setting in 25-minute sessions. Nine million kids are already picking up on English through Lingokids as you read this.

Fluentify – Fluentify is a fast-growing language learning startup based in London, which offers 30-minute one-to-one video sessions with qualified mother-tongue English tutors, via their secure, integrated video conferencing platform. The platform is available 24/7, which means you can learn any time you want from your computer, tablet or phone. The platform envisions the creation of a personalized learning plan based on your level and goals, as well as tools for monitoring your progress. The London-based startup has raised $2.3 million to date.

Beelinguapp – Berlin-based Beelinguapp has a rather innovative approach to language learning. It functions by showing texts in two different languages side by side, with the option to read it, highlight the sentences and repeat it or use it as an audiobook with a karaoke audio reading style along with a pronunciation practice tool. Currently, there are texts available in 13 languages, including fairy tales, news, science papers and, novels across three difficulty levels: beginner, intermediate, and advanced.

Chatterbox – This language-learning platform connects the linguistic talent and cultural insights of refugees with language learners in lessons conducted both online and in-person. It was founded by Mursal Hedayat, an Afghani refugee whose mother struggled to find work, despite speaking four languages. Based in London, courses are available for organizations, individuals or universities, and a wide range of languages are offered include Bengali, Somali, Swahili, and Urdu.

Lingoda – Based in Berlin, Lingoda is a replacement of the traditional classroom. As an online language school, it offers English, Spanish, German and French courses with native speakers. Users are able to choose between one-to-one or group classes and get instant access to Lingoda’s digital curriculum. As a recognized institution, after the required number of classes, students are able to receive certificates based on the Common European Framework of Reference for Languages (CEFR).

Play2Speak – The Madrid-based startup mixes virtual reality, AI and digital storytelling to help people improve their English skills. For example, one game takes users on a sea adventure, where they can speak to virtual characters and practice the language in lifelike conversations. In the end, Play2Speak’s personalized report system evaluates the user’s pronunciation, vocabulary and fluency in English. Just put on your VR set and let the fun begin.

Speak – SPEAK is a social tech startup which connects migrants, refugees and locals living in the same city through a language exchange program and events. The aim is to break the language barriers, while at the same time promotes multilingualism, diversity and break prejudices. Available in many European cities but based in Lisbon, Speak social was selected as a Google and Financial Times top 100 European business leading digital change 2018.

Bojana Trajkovska
Bojana is a startup enthusiast from the Balkan region. Currently exploring the entrepreneurial community in Italy. Passionate reader and traveller.
RELATED ARTICLES
Other Stuff

“Playing is the most effective way of learning”: Interview with LingoKids’s founder & CEO, Cristobal Viedma (Sponsored)