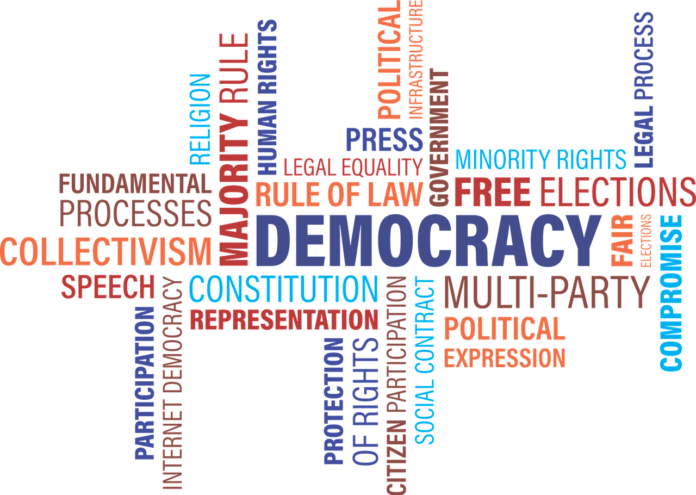 As developments in technology have opened up new opportunities, there is no reason why governments should skip the opportunity to bring innovative solutions to public services. With the potential to boost government efficiency, transparency, responsiveness, and citizen trust, here are 10 European startups which are harnessing digital tools to revitalize democracy and governmental services across Europe.

Novoville – In 2016 the city of Athens enabled its population to report a problem in the city, pay the communal tax and even reserve their parking time online. How? Through Novoville. The Greek startup developed a civic engagement app which facilitates the interaction between the local government and citizens. Being much more than just a communication tool, citizens can request services and report problems in more than 45 cities worldwide, just by downloading Novoville.

Polyteia – The Berlin-based Polyteia provides a data analytics and visualization platform which connects city and municipal data from multiple sources with local government decision-makers. Founded in 2017, Polyteia enables municipalities to optimize their operations and enhance decision-making and planning when it comes to some of their core action fields: schools, mobility, childcare etc.

Apolitical – Dubbed as the public service of the future, Apolitical was launched in October 2015 as a peer-to-peer learning platform for people working in the public service sector. From justice to health, education to construction, at Apolitical you can discover, find and connect with experts, policies and programs and share best practices. Named as one of Fast Company’s 10 Most Innovative Companies in Social Good in 2018, Apolitical is making sure governments work for citizens everywhere.

Citizen Lab – Launched in 2015, Citizen Lab is a Brussels-based citizen participation platform, engaging citizens in the co-creation of their communities and their cities, by putting their ideas forward to the city government and receiving feedback on them. The city of Hasselt was the first city to use the initiative to include its citizens in a local project, and since then more than 100 governments and 15,000 citizens have joined the ride.

Civocracy – Civocracy is an online platform serving as a discussion board between citizens, businesses, organizations, and governments. Features include city-lead discussions and debates, idea crowdsourcing, statistics and analysis, real-time tracked impact, thus reviving the sense of community through participation, collaboration, and transparency. Cities in Germany, Netherlands, Belgium and France have already experienced the added value it offers to online citizen consultation.

Fluicity – Founded in 2015, this French startup is reconnecting citizens with politics. The fluicity app strengthens participatory democracy by enabling citizens to take active participation in public life. How? The app provides targeted information regarding local projects and citizens can express their opinions, ask questions, propose ideas and even start a conversation with an elected official. In May 2019, the European Union used Fluicity to launch 8 initiatives for their elections.

CHAOS – The winner of the award for world’s best Government & Citizen Engagement product 2018 by World Summit Awards is Helsinki-based startup designing the cities of the future. How? By providing citizens with a digital platform where they can jointly innovate, interact, and design their living environments. Then they mix the creativity of the citizens with this existing data from local governments, public organizations and other decision-makers and who knows, something good might come up.

Cap Collectif – A pioneering startup for the French Civic Tech, Cap Collectif was launched in 2014 in Paris as a collaborative digital space, a toolbox for participation in the decision-making process of the government. Through six participatory features: consultation, participatory budget, questionnaire, call for projects, box ideas and petition, so far more than 1.5 million citizens have participated in drafting laws, choosing the name of their new region, allocating part of the budget of their municipality, etc.

Discuto – An Austrian web-based platform for ideation and discussion of ideas, proposals or documents, with the primary objective to generate ideas, discuss proposals, reach consensus and make better decisions together. So far over 18 000 users have received better results, saved time and money with Discuto, including Telekom Austria, the German and Austrian government, and the European Commission.

Citibeats – Citibeats is a platform developed to help governments better understand and respond to citizens’ concerns, by using Big Data and Artificial Intelligence. Aiming to become the universal platform for society engagement, Citibeats started as a social movement in Barcelona and ended being named as the best inclusión and diversity project worldwide by the United Nations. Since November 2017, Citibeats has been developing its AI social data intelligence platform to help cities understand fast social changes and their impacts.

EU-Startups Job Board: 5 cool startup jobs waiting for you in London