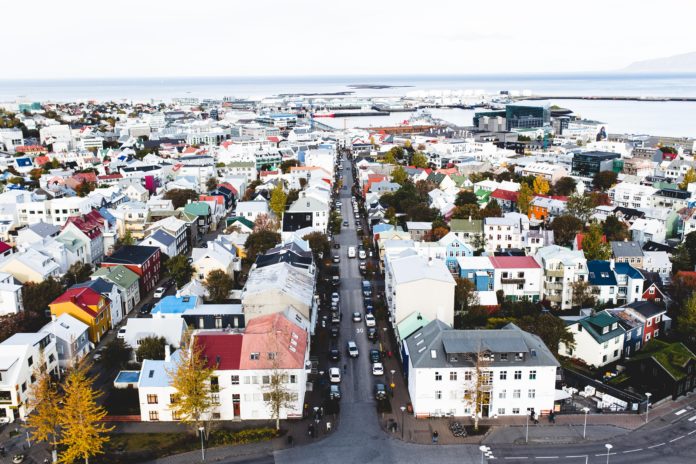 On this Nordic island you can watch the aurora borealis while bathing in a thermal pool heated by volcanic activity. The country is home to just 348k inhabitants, making it the most sparsely populated nation in Europe. Yet there is much to be said for Iceland – it ranks first in the world on the Global Peace Index as well as in gender equality, and runs almost entirely on renewable energy.

Iceland is not only an outlier geographically, socially, and demographically – by some measures, the country actually has Europe’s most active ecosystem. Its tech startups have raised more funding per capita than any other European country since 2015, and according to Mind the Bridge, more startups have reached the minimum funding to be classified as scaleups (over $1 million) per capita in Iceland than elsewhere in Europe. Yet, the country’s ecosystem is still in some ways nascent. Though the country showed increasing early stage investments and a record number of investments in 2017, according to Iceland’s main tech publication, Northstack – foreign and late stage investments remain rare.

Gaming seems to be the country’s most successful sector – perhaps due to Iceland’s chilly climate – with names like CCP Games, Plain Vanilla Games, Klang Games, and more below, and VR is also emerging as an Icelandic specialty.

Without further ado, let’s see what interesting startups Iceland has to offer us in 2019:

Monerium is developing as “an asset-backed, regulated, and redeemable e-money provider for blockchains”. Interestingly, the Monerium team is replete with veterans who rebuilt Iceland’s financial services following the 2008 crash. The company’s objective is to make currency accessible, secure, and simple to transact, using blockchains and fiat money featuring Ethereum/ERC20 tokens. The company intends to help “support financial stability by decentralising global finance and offering customers more ways to store and send e-money”. On January 11 Monerium closed a $2 million seed round, and announced that it has applied to become a licensed financial services company in the EEA.

Genki Instruments has just released Wave, a wearable Musical Instrument Digital Interface (MIDI) controller that lets performers trigger and tweak various sound and software effects with a gesture. For example, musicians playing a live gig can trigger a drum pad with a gesture without missing a beat, while still playing their instrument of choice. Wave lets them stay in the flow while they’re making music, rotating a hand to change parameters, tapping to create a beat, and activate commands with a single click. Genki Instruments was founded in Reykjavik in 2016, and has raised €153k in two rounds.

Ankeri Solutions is a shipping marketplace with a platform that connects ship owners and charterers, allowing them to share ship data and close contracts with a focus on ship performance and low-emission vessels. Ankeri was founded by Kristinn Aspelund (CEO) and Leifur Kristjansson (CTO), who have over 25 combined years of designing, developing, and marketing software products for the shipping industry. The startup was founded in Reykjavik in December 2016 and has raised $703k in two seed rounds from NSA Ventures.

Kara Connect provides a virtual office that allows clients to conduct online video conference sessions with therapists, teachers, and similar consultants. Clients only pay €3 per session, and a small service fee on top of their provider’s service charge. For specialists, Kara Connect provides a calendar and billing tools, and they can use Kara Connect for free for up to three users and ten video sessions per month, while for larger practices Kara offers Team and Enterprise plans starting at €19 per month. Kara Connect currently counts about 100 specialists as clients, mostly working in Iceland, but Kara is also gaining clients in Denmark, England, Norway, and Poland. Founded in Reykjavik in 2015, Kara raised a €1.5 million seed round in 2018.

Founded in 2016, FlowVR is a virtual reality meditation app out of Reykjavik that combines beautiful landscapes and audio in an immersive experience. You can use the app with a Samsung Gear VR headset or Oculus Go. If you’re an employer, you might want to invest in the startup’s corporate wellness subscription model, as meditation has been shown to significantly reduce stress and distractions – leading to healthier, happier, and more productive employees.

Ghostlamp provides agencies and brands with an efficient platform to launch influencer marketing campaigns, engaging real people through millions of registered influencers worldwide. The Ghostlamp platform automates the process of finding, contracting and paying influencers, while also providing real-time monitoring and analytics of influencer campaigns. Changes in influence is measured in units called EPICs, a unified engagement metric for all social channels, and Ghostlamp guarantees the EPIC impact of its customer purchases. The startup was founded in Reykjavík in 2014, and has raised a total of $2.3 million.

Teatime Games is a gaming startup that reinvents social games. While at Plain Vanilla Games, Thor Fridriksson, Ymir Finnbogason, Johann Bergthorsson, and Gunnar Holmsteinn previously created QuizUp, a trivia game which gained more than 100 million players. When Plain Vanilla Games was bought by Glu Mobile in 2016, the team formed Teatime Games in 2017. The startup seeks to build games with a more social and personalised experience, where communicating with friends and fellow players in real time not only enhances a game but is as important as the game itself. As part of this effort Teatime Games is focusing on optimising its real time communication gaming platform for mobile. Teatime Games has so far raised a total of $9 million in funding over two rounds.

Authenteq – Each day, we are made to prove our identity using codes, passwords, fingerprints, faces, or two-factor authentication. Reykjavik and Berlin-based Authenteq provides a cost-effective way for users to verify their identity without entering any data, while protecting their privacy using blockchain technology. Authenteq offers a 60-second identity verification process – the fastest onboarding process of an identity verification solution on the market. It also offers a user-owned and user-controlled eID that gives users themselves complete control and ownership over their online identity. The startup closed a Series A funding round of €4.4 million in January 2019.

1939 Games is a game development studio that focuses on WWII gaming experiences. 1939 Games was founded in 2015 by former CCP Games veterans, and the team is currently working on a digital collectible card game called KARDS. The game draws on elements from classic card games, fusing them with WWII themes for an elegant, fun, and action packed gaming experience. According to the company, more than 20k people have already applied to become beta testers for KARDS. Based in Reykjavik, 1939 Games has raised $2.1 million in funding over two rounds, most recently from Sisu Game Ventures and Tencent Holdings in September 2018.

Clicksale founder Bjarni Júlíusson’s family owns Stilling, an automotive parts company in Iceland. A major problem faced by the business was maintaining a huge inventory stocked for just-in-time delivery. Founded in 2017, Clicksale began with a simple Amazon Dash IoT button, and has now developed a software suite that connects inventory and applications directly through IoT technology to automate the sale of fast-moving products with the click of a button, and make sure products are always stocked.

10 promising cybersecurity startups to watch in 2020

10 European apps for meditation and relaxation

10 Icelandic startups to watch in 2018 and beyond