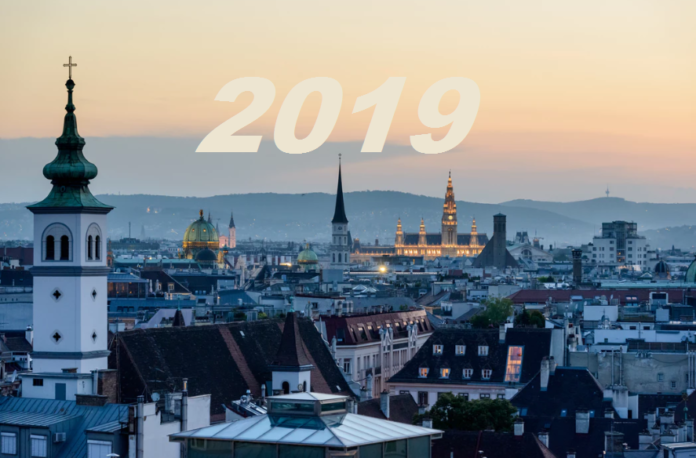 This mountainous country is not only home to the awesome tech event Pioneers Festival, but also to a growing number of successful startups. The Austrian government has also increased its efforts to support entrepreneurs, passing a comprehensive startup program in 2016 to make the country more startup friendly.

In 2018 the Austrian Startup Monitor published a study about the country’s startup ecosystem, finding that about 75% of startups have established themselves internationally, that, on average startups doubled their revenue in 2018, and that startups consider AI, autonomous vehiciles, and big data to be the most important technologies of the future.

Below, check out 10 Austrian startups innovating in diverse sectors such as edtech, IoT, gaming, fintech, and productivity tools to look out for in 2019 – all founded within the past few years.

Mimo – Founded in 2016 and based in Vienna, Mimo is an app that teaches computer science in a fun and interactive way. Using Mimo, you can learn to code, make apps, build websites, and automate tasks through the app’s fun and effective bite-size exercises, projects, and challenges that take only a minute to complete. So far the app has been used by 1.5 million people, and it plans to grow its content in the near future to cover topics like AI, data science, hardware, and machine learning. The startup has raised a total of $650k in seed funding to date.

Vienna-based Proactivaudio‘s software aims to improve the voice quality of video conferencing and hands-free calling through its patented echo and noise cancellation solution, which can be used on a variety of devices. The startup is also developing speech recognition technology, and currently working with a large Austrian firm to automate recordings and transcriptions of conversations with several participants. Founded in 2016, the startup’s technology has many potential applications, in fields from medicine to law.

GoStudent is an early-stage edtech platform disrupting the tutoring market. The startup provides students with a network of qualified tutors and students that can help them with their school-related questions via chat or in one-on-one video sessions through its mobile tutoring platform. The platform, dedicated to the idea of “students first”, features products that are perfectly tailored to the fast-paced & mobile lifestlyle of today’s teenagers, incorporating various tools including chat and video chat, file transfer, and digital boards. Founded in 2016, the startup has so far raised $2.6 million.

Viennese IoT startup Toolsense connects construction machines and collects data during their use, creating new models for construction companies and mechanical engineers. Founded in 2017 as a spin-off of FH Technikum Wien, the startup already counts more than 20 B2B clients and partners including Deutsche Telekom, Helvetia Versicherungen, and SAP. Toolsense provides its customers with complete hardware, firmware, analytics and cloud solutions to digitise the construction industry. The startup raised a six-figure investment in October 2018 from High-Tech Gründerfonds.

Yacht rental startup Zizoo has grown substantially since its launch in 2015, when we named it as one of Europe’s hottest travel tech startups. On the startup’s platform, holiday-goers can now choose from 21,000 customer-reviewed boats across 500 destinations worldwide, with a focus on Mediterranean countries such as Greece, Croatia, and Spain. After selecting their desired location and boat, customers are matched with a personal yacht-charter expert to answer all of their questions and help them plan their getaway. Zizoo also offers the option of hiring an experienced skipper to sail the boat for you. The startup raised €6.5 million in November 2018.

Founded in 2017, Iron Mountain Interactive is not your average independent video game development studio. Based in Vienna, the studio represents the second attempt of two Austrian gaming veterans, Michael Borras and Helmut Hutter, at founding their very own gaming startup. Teaming up with experts Philipp Seifried (ex-Bobblebrook) and Peter Ehardt (ex-Rockstar Games, ex-Sproing, ex-Socialspiel), who joined the company as co-founders, the startup managed to secure $3 million in a Series A financing round in July 2018 from Oasis Games Limited, a publisher of interactive, multi-player games based in Beijing. “The financing is being used to continue growing our operations and financing production on two PC/Console games, both with 2019 release dates” said Michael Borras, CEO of Iron Mountain Interactive.

Based in Linz and founded in 2017, Newsadoo uses AI to personalise your news, partnering with publishers around the world to bring you one news subscription in the form of an app, including premium content from special sources. The app collects news pieces from newspapers, radio broadcasts, TV stations and online portals and uses AI to create a news feed with content that interests you, combining news from different sources but about the same topic into “bundles”.

JobRocker is an online job search portal that connects applicants’ CVs with job openings using a proprietary algorithm along with human driven consulting. The Vienna-based startup was founded in 2016 by Günther Strenn, aiming to close the gap between headhunters and recruitment agencies, offering a new concept in an old market, enabling companies to harness the power of automated matching with human driven consulting for hiring. JobRocker raised €1 million in a Series A round in November 2017 led by Surplus Invest.

Cashpresso – Launched in September 2016, this fintech’s financing solution already has more than 10,000 customers in Germany and Austria. Cashpresso links customers, merchants and banks to offer consumer finance. The startup gives customers a choice in how to pay for purchases, be it in full or in installments. For e-commerce merchants, cashpresso helps to increase traffic and conversions. Easy to integrate, it is a straightforward way to boost sales. In 2018, the startup raised $3.5 million in Series A funding.

Timesheet allows freelancers to keep track of the hours they spend working, and of their projects and tasks. It also incorporates different organizational tools, such as for project management, customisable invoices, and for tracking expenses, notes, and breaks. It can be used by multiple users, and allows you to export your data to Microsoft Excel or upload it to Dropbox. Founded in 2017 and based in Vienna, the app has already been downloaded more than one million times on Google Play.

EU-Startups Job Board: 5 cool diverse startup jobs waiting for you in Europe