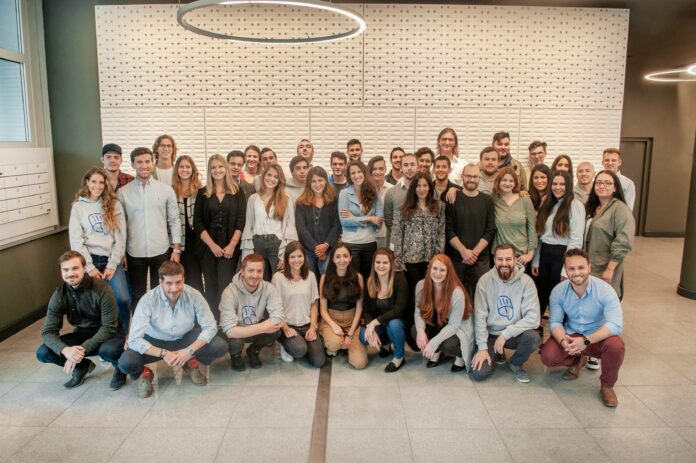 Founded in 2016, GoStudent’s digital learning platform brings students of all ages together with carefully selected teachers in a virtual one-on-one classroom setting. The fact that this digital education offer has proved very popular with many parents has motivated the founders Felix Ohswald (who we interviewed last year) and Gregor Müller to continue the rapid growth.

In 2020, GoStudent quadrupled their team to 160 employees. At the end of last year, more than 150,000 online sessions were booked per month. The customer base grew to more than 8000 parents. Investor confidence was also high – GoStudent received €13.3 million in investment last year.  “If you consider that we are already the market leader for online tutoring in the DACH region with a market penetration of only 0.5 percent, you realize what enormous potential can still be unlocked”, said co-founder Felix Ohswald.

The opening of GoStudent’s third international office in Madrid (after Vienna and Lyon) and the expansion of the service to five more countries, is just the beginning, they say. Laura Warnier, Chief Growth Officer at GoStudent and responsible for internationalisation, gave an outlook on the growth targets for this year: “By the end of 2021, we want to expand our online tutoring services to fifteen countries. Our team will become even more international and probably number around 800 employees by the end of the year.”

In the first quarter of 2021, the GoStudent team will also grow by 100 additional positions. Employees are being recruited in the areas of sales, marketing and human resources, among others.

Share
Facebook
Twitter
WhatsApp
Linkedin
Previous article
What’s stopping lab meat technology from taking over the meat industry?
Next article
10 French startups to look out for in 2021 and beyond