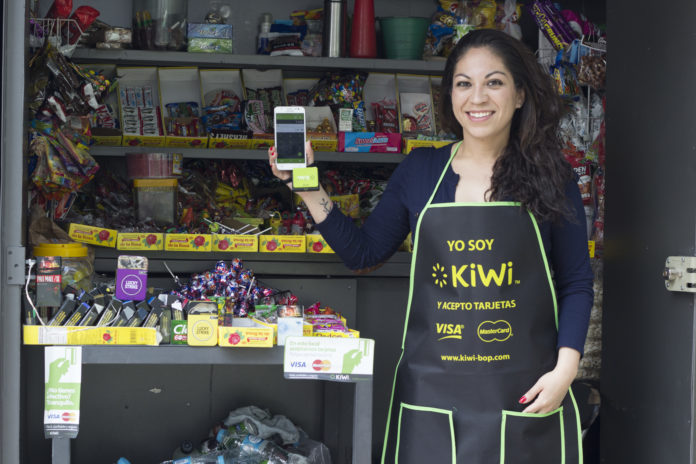 Thirty-five years after the first microfinance bank was founded in Bangladesh by Mohammad Yunus, 1.7 billion people still lack access to financial services, according to the World Bank. However, this number could significantly decrease in the coming years thanks to the many new solutions which aim to meet the needs of financially excluded populations.

Based in Lausanne, KiWi is one of the fintech companies working on this challenge, offering microfinance solutions in Mexico since the startup was founded in 2015. Today, 20,000 micro-entrepreneurs all over Mexico use KiWi’s app to accept electronic payments, get microloans, and manage their sales directly from their phones.

KiWi has raised a €2.8 million Series A round to accelerate its growth in Mexico and open new markets in the region. The Swiss venture capital funds Investiere, and Polytech Ventures led the round, along with Swiss impact funds Symbiotics and 1to4 Foundation.

“By combining payments and microcredit, KiWi is one of the most promising initiatives for microfinance,” said Vincent Dufresne, CRO and co-founder of Symbiotics.

Small scale entrepreneurs make up 90% of companies in Mexico, and most families in the country rely on them. With KiWi’s app, they can accept electronic payments from their customers directly from their mobile phone – without having to buy payment terminals or cash registers. The app also allows entrepreneurs to apply for a microcredit in just a few clicks thanks to an algorithm that analyses payments flows between merchants and their customers. This is a revolution for these micro-businesses, which would have no chance of getting a loan from a bank.

“In this area there are a lot of businesses, people are in a hurry, don’t carry cash, and don’t want to lose time going to the ATM. I’ve had more customers since the first day that I put up a sign ‘Here we accept credit and debit cards with KiWi’,” said Edith, one of KiWi’s customers who operates a food truck in Mexico.

With this new investment and a solid board of directors, including the French economist Jacques Attali, KiWi is starting 2019 with everything in hands to position the Swiss fintech scene at the forefront of financial inclusion.