10 Spanish startups to watch in 2018 and beyond 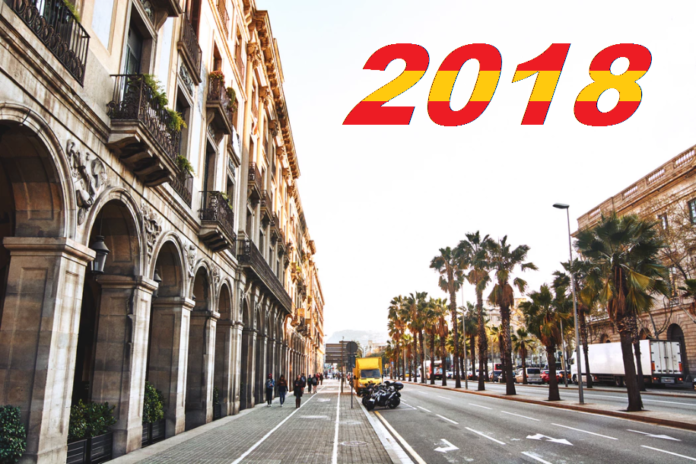 With Barcelona and Madrid, Spain is home to the 5th and 6th biggest startup hub in Europe. With international talent, great startup events like South Summit, 4YFN and our very own EU-Startups Summit, Spain has a lot more to offer than just great weather and delicious food. Also the startup funding activities in Spain keep on growing nicely over the years. January 2018 actually started with the record of €214 million invested in Spanish startups.

This month we took a close look at the Spanish startup ecosystem to provide you with a list of 10 exceptionally promising startups to watch in 2018 and beyond. Here they are:

21 Buttons: This Barcelona-based startup is a mix of a social network and a marketplace where fashion influencers can share their wardrobe. Named ‘the ultimate fashion social and shopping network’, with 21 Buttons you are a click away from your favourite influencer’s piece of clothing. Founded in 2015, 21 Buttons has already raised €12 million, and they’re changing the way people are inspired and buy fashion.

Bipi mobility – Bipi offers a totally different approach to car renting, a unique user experience which essentially makes car rental incredibly easy. They are transforming the mobility space by offering subscription packages for car usage with a mix of daily/monthly rates with an amazing car fleet. With just a few taps users can have a car delivered right to their home, hotel or office and drive, anywhere. In 2017 the Madrid-based startup attracted €2.5 million of financing in a round led by Kibo Ventures to further expand in Europe.

Coverfy: Founded in 2016, Barcelona-based Coverfy lets users manage their insurance with various companies, optimize prices and coverage, and find the best insurance offers through an app. The mobile insurance manager simplifies and solves all insurance-related issues for its users and as such was the only Spanish startup to be a finalist in the “Global Fintech Awards 2017”. Moreover, they ended 2017 with a financing round of €3.5 million, which brought the total amount of funding to €4.3 million.

Finizens: Founded in 2015 and headquartered in Mardrid, Finizens is a fintech startup aiming to revolutionize the way we save money. They claim to be the first “Roboadvisor” in the Spanish market that allows its users to invest in globally diversified, low-cost index funded portfolios. The winners of the South Summit Madrid are aiming to become the 21st-century savings solution to effectively respond to the future financial challenges of the population. So far, the young fintech company raised about €4.7 million in venture capital.

OnTruck – The Madrid-based startup has built an “on-demand logistics platform” to connect businesses directly with road freight carriers. Founded in 2016, OnTruck is on a mission to disrupt the logistics business, by automating the process of matching a shipment to the right truck, for the best price, in the shortest time possible. In 2018 they gathered €25 million in Series B funding, bringing a total of €41 million investments. Currently, OnTruck is available in Spain and in the UK.

Restb.ai is a Barcelona-based tech startup developing a state-of-the-art image recognition technology, specifically for real estate market. Their plug-n-play solution automatically tags, describes and classifies property photos to boost SEO and improve conversion rates. Founded in 2016, the startup was named as one of the top 5 hottest AI startups in Europe and they were recently announced as one of the winners of the European Innovation Council (EIC) pilot, receiving €1.7 million in funding – which increased the total funding amount to about €2.9 million.

Factorial: The Barcelona-based startup Factorial is helping small and medium business automate their human resources management. Their cloud-based HR platform helps companies to manage the onboarding of employees, their contracts, pay slips, time off, benefits, insurance and much more, making the HR role both easier and less time-consuming. In 2017, Factorial secured about €500,000 in funding to improve the way companies build and manage their teams.

Geoblink is a SaaS-based Location Intelligence solution that helps professionals from the retail, real estate, and FMCG industries to take strategic and informed decisions and optimize the performance of their businesses. The Madrid-based startup was founded in 2015 has raised about €6.5 million in funding so far to boost its presence in Spain, the UK, and France. In addition, they have been selected as one of the 50 most promising startups in the world according to Bloomberg.

Mr Jeff – With the goal of freeing everyone from the odious task of washing and ironing clothes, Mr. Jeff offers laundry and dry-cleaning services at home via mobile. The customer only has to say when and where he wants the order and his/her clothes will then be picked up, and in less than 48 hours he/she will receive his/her clean and ironed clothes back. Mr Jeff was born in August 2015 in Valencia, but has now expanded across Spain to Mexico, Peru, Colombia, Brazil, Chile and Argentina. So far, Mr. Jeff has raised about $3.1 million in venture capital.

Glovo is a Barcelona-based startup that is transforming the way consumer access local goods, enabling anyone to get nearly any product delivered in less than 60 minutes. Glovo’s on-demand mobile application connects customers with independent local couriers, who acquire goods from any restaurant or shop in a city and also deliver urgent packages for an affordable fee. Glovo, which started in 2015, is currently available in many cities in Spain, Italy, Portugal, France, Argentina, Chile, Bolivia, Peru, Romania, and Turkey. So far, the ambitious Glovo team raised over €37 million in venture capital.