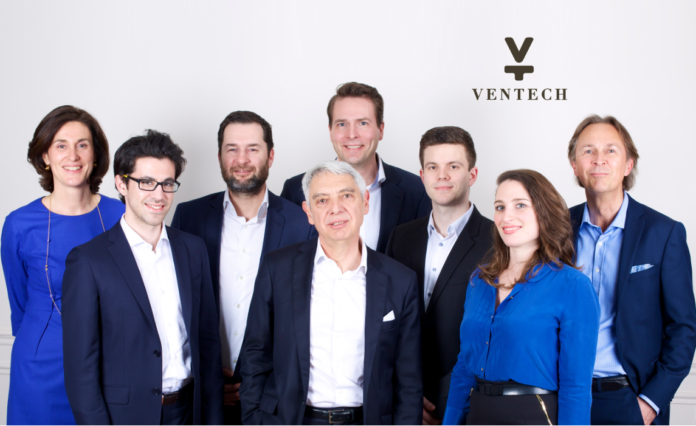 Ventech just raised €140 million for its 5th fund, Ventech Capital V, dedicated to European tech entrepreneurs and opens an office in the Nordics with a new focus in the region. Specialised in Series A funding, Ventech now has offices in Paris, Munich and Helsinki. Subsequent to this first closing at €140 million, the team is giving itself a few more months to reach the €200 million hard cap.

The new fund will invest mainly in Seed and Series A tickets ranging from €0.5 to 15 million, in companies demonstrating a high technological added value and global expansion capacity, which Ventech supports with its multiple offices across Europe, a strong network in the USA (where more than 75% of the portfolio companies are present), and its sister company Ventech China, based in Shanghai since a decade. A pioneer of Venture Capital in China, Ventech is currently investing its third generation of funds there.

Ventech Capital V will exclusively be made of European institutional investors and family offices, including initial 20 year loyal subscribers, founders of companies that Ventech has supported and new investors eager to benefit from the growth created by tech entrepreneurs in Europe.

“Our ambition remains unchanged: help to build the tech champions in Europe. In this new fund Ventech Capital V, the Nordic region is a new focus area. While the sources of Nordic funding are continuously being diversified we see a need for a regional presence of an international fund to lead investment rounds. Thanks to our local office in Helsinki, we are able to identify, at an early stage, the best entrepreneurs which we then support throughout their international development,” stated Tero Mennander, General Partner, Ventech, head of the Nordic operations.

The Ventech team, with a lot of experience in continental Europe with more than 120 investments and 60 exits, including 15 IPOs, will deploy this vehicle in 25 to 30 new champions, just like for previous and present Ventech success stories such as Believe, StickyADS.tv, Withings, Webedia.