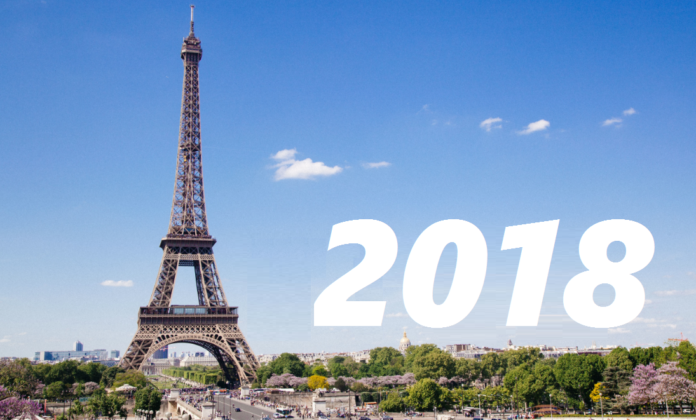 The “Grande Nation” has a very vital startup ecosystem and with Paris one of the leading startup hubs in Europe. Given that France itself represents quite a big market, many French startups still tend to build products and services for their home market first (or only) instead of building international companies right from the start. Nevertheless, France already created quite a significant number of tech success stories. Companies like BlaBlaCar, Criteo, Deezer and Dailymotion were all created in France.

In the beginning of this year we took a close look at the French startup scene with the goal to provide you with a list of 10 promising startups to watch in 2018. All of the startups we’re listing below were founded within the last two years and each one of them is -at least in our view- heading towards a successful.

Qonto: The Paris-based FinTech startup provides an online banking service that allows entrepreneurs, startups and SMEs to create an account in less than 5 minutes. With Qonto you can instantly receive an IBAN and get started to manage your company’s physical and digital business cards and perform your day to day operations. Founded in 2016, Qonto so far raised €11.6 million in funding from Alven Capital, well known business angels, as well as from Valar Ventures, the venture capital fund backed by Peter Thiel.

Spendesk is the new way to manage team expenses, without having to lend out the company card or fill out expense reports. The Paris-based startup officially launched its service in 2016 with the mission to revolutionize company expense procedures from purchase requests to payments and receipt processing. In the beginning of 2017 Spendesk was able to raise $2.2 million in venture capital

Mooncard: The Paris-based fintech startup Mooncard aims to reinvent the banking and payment experience for SMEs. Founded in 2016, Mooncard is on its way to become the favorite expense tracking/payment solution for employees, CEOs, CFOs and entrepreneurs. Thanks to Mooncard, the payment and management circuit can be completely automated. So far, the service is only available in French, but we’re expecting that the launch of an English version is just around the corner.

Heek is a conversational website builder which helps individuals create their website by chatting over text and answering questions. The platform has a conversational interface where chat bots asks questions about the users, the type of business they have, and their sites. Heek is easy-to-use and also offers a variety of templates where users can choose for their websites. The Paris-based startup was officially founded in 2016 and secured about €700K in seed funding.

Whoomies was founded in 2017 and is a pioneering social platform for the flat-sharing market. The fast-growing French startup has been incubated at the University of Paris Dauphine. It raised over €300K in seed funding to accelerate its development. The app/website, which connects future flatmates, was launched in the summer of 2017.

Feed. Founded in 2016, the Paris-based foodtech startup Feed develops smart food which it sells online. Last year, the young company has raised €3 million. Feed produces complete, balanced, “nutritionally perfect” meals, that are packaged into small, easily consumable forms such as drinks and bars. Feed is currently accelerating its Europe-wide growth and is working on the launch of new vegan, gluten-free, lactose-free, GM-free and nut-free products.

MainBot’s mission is to build robot companions for a better world. The Paris-based startup believes in a future where robot companions work alongside us, and augment our potential as human beings. This future will feature robots seamlessly transitioning towards a full integration in our society, while humans dedicate more time to their personal interests and passion-driven aspirations. The company was founded in 2016 and was able to raise €140K in funding.

IPaidThat‘s main goal is to make accounting great again! The Rennes-based startup helps entrepreneurs and financial managers to automatically collect their invoices through bots, scan receipts, issue invoices, manage employees expenses and get an insight about their finance balance. The startup was founded in 2016 and in the last 6 months they’ve raised €150K from various business angels.

Prevision.io develops a fully automated Machine Learning platform that increases productivity in datascience projects, reduces time to market to delivers accurate predictive models, puts them in production, and delivers a full palette of explainability to understand the decisions of the models. The AI-based solution is easy to use and does not require any knowledge of data modelisation. Prevision.io was founded in 2016 in Paris and so far raised about €2.5 million in funding.

Inato helps life science companies accelerate recruitment in their clinical trials by making data-informed decisions. Headquartered in Paris, the young company applies machine learning to multiple data sources to provide a comprehensive and collaborative site selection workflow. Inato was founded in 2016 and so far raised about €1.3 million in venture capital.