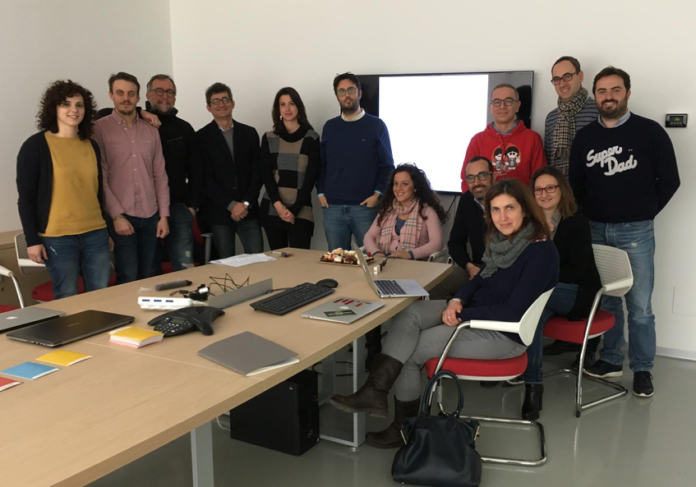 We recently travelled to Bari in south Italy’s beautiful Puglia region to interview a team that uses machine learning on healthcare data from common medical devices to predict diseases years before doctors can diagnose them. The team analyzed scans from the Alzheimer disease, a neurodegenerative disease that is the leading cause of dementia for the elderly. The race is on to diagnose the disease as early as possible. Although there is no cure, drugs in development are likely to work better the earlier they are given. Roberto Bellotti‘s team can identify changes in the brains of people likely to get Alzheimer’s disease almost a decade before doctors can diagnose the disease.

Although no startup yet, their research might be a good basis to spin out a healthtech company in the near future. We sat down with Roberto Bellotti to learn more about the research of his team.

How did you play with data and what have you found?

We used a publicly available dataset of brain MRI scan from the Alzheimer Disease Neuroimaging Initiative database at the University of Southern California in Los Angeles. We designed and implemented a novel mathematical model, based on graph theory, to describe how different brain regions are related to each other and then use this information to feed a supervised machine learning (ML) algorithm to distinguish healthy controls from diseased subjects. The basic idea behind our approach is that human brain is like a city whose neighbours are connected through streets: neurodegenerative diseases disrupt brain connectivity letting some signs that can be suitably used to predict disease onset. ML was specifically used to select quantitative features arising from graph-based descriptions of the brain. Every subject was described by thousands of quantitative features, the most important ones were used to learn a classification model and then provide a “diagnostic”, probabilistic score.

Rich pharma companies like to sell drugs rather than invest in solutions preventing diseases. Will they support you?

Well, more than prevention our approach aims at early detection. Especially when dealing with Alzheimer’s disease and other neurodegenerative diseases early detection is of paramount importance. Rich pharma companies should massively invest to support this kind of research for mainly two reasons: firstly, it makes no sense to develop drug or therapies for patients whose neurological damage has already significantly impaired their reasoning or their brain’s functionality as it is apparently out of sight the possibility to restore them, on the contrary the development of novel drugs could play a relevant role in early stages of the disease preventing the damage; secondly, neurodegenerative diseases mostly affect elder people, thus, as a matter of fact, the development of disease modifying therapies, eventually able to slow down the disease progression although not stopping it, would allow the majority of patients and their family to take relief from latest and most dramatic stages of the disease.

What is next? Will you somehow turn your project into real business?

Definitely. Our goal is now the development of a standalone application to support the use of this methodology in public/private healthcare institutions or to ease its adoption by MRI scans producers. In fact, this methodology could be suitably adopted for different pathologies, for example we have already clues of its effectiveness with Parkinson’s disease so that it could definitely become a routine diagnosis support system for a wide range of patients undergoing brain MRI exams.

How big is the market potential for a solution/product you might be able to offer?

There is a huge potential market. We think to MRI scanner producers or healthcare providers. A versatile diagnosis support system could easily be adopted for different applications, for example structural imaging, dealing with the modelling of the nervous system and the detection of pathological conditions affecting it; functional imaging, used to reveal the brain connectivity in term of it functionalities.

Are you looking to raise angel or VC funding?

It is premature, but raising venture capital cannot be excluded as an option in the near future.

Share
Facebook
Twitter
WhatsApp
Linkedin
Previous article
Glovo CEO Oscar Pierre will speak at the EU-Startups Summit on April 24 in Barcelona!
Next article
€310 million for the next generation of German entrepreneurs – a guest post by Dr. Michael Brandkamp

How will the startups from the South of Italy recover from the pandemic?

London-based Visionable, the healthcare video platform, expands in US and India, to connect practitioners globally

How to avoid burnout as a startup founder