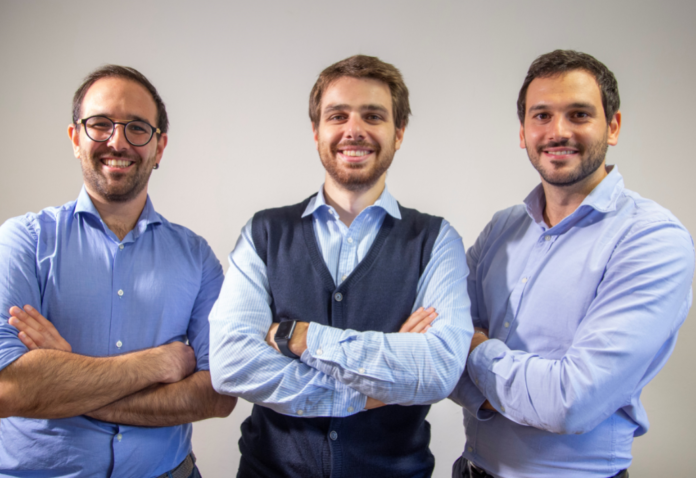 The Milan-based startup TeiaCare was one of the finalists of our big pitch competition held at this year’s EU-Startups Summit. There pitch was soo good, that prominent business angel Stefan Glänzer, who was part of the jury, immediately gave them a positive investment decision already on live on stage.

Today, TeiaCare announced that they have raised €1.1 million in funding with the help of the EIT Health Investor Network to accelerate the development of their digital monitoring technology, Ancelia. Ancelia uses artificial intelligence and computer vision algorithms to assist nurses in the care of elderly patients.

The increasing ageing population in Europe is said to be linked to higher costs in healthcare, due to the risk of co-morbidities and decline in mobility. However, if appropriate measures are implemented at the right time such as better coordinated care, it is believed that ageing does not directly lead to significant increases in the cost of healthcare.

“In Europe, we have a rapidly ageing population – currently, 16% are over the age of 65, and this is expected to increase to 25% by 2030,” said Dr. Kurt Höller, Director of Business Creation at EIT Health. He continued: “A large focus for EIT Health is to improve the quality of life for people as they age, so that they can remain independent and disease-free for as long as possible. Supporting innovation that aims to improve the care of the elderly is extremely important as there has been an under-representation of new solutions in this field.”

Ancelia is currently available in Italy, and TeiaCare is in the process of launching the technology across many other European regions including Spain, France and the UK. Developed alongside healthcare professionals and caregivers, the aim of Ancelia is to make care home facilities a safer and more efficient environment for elderly patients by utilising technology to monitor and track their movements and condition(s). The solution utilises an optical sensor which is positioned on the ceiling above the bed and powered by proprietary computer vision and artificial intelligence algorithms to facilitate smart monitoring, alerting and reporting. The data collected are then used to anticipate and prevent injury and deterioration of health.

Guido Magrin, CEO and Co-Founder of TeiaCare, stated: “We are determined to support both patients and caregivers by providing them with access to smart technology that can make their lives safer and easier, I am proud of the progress that we have made to date in innovating the care of elderly patients in Italy, and I look forward to expanding our geographical reach so that we can help many more patients across Europe.”

TeiaCare was established in January 2018 by three young innovators: Luca Iozzia, Guido Magrin and Roberto Salamina. The team were inspired by the personal experience of Guido’s grandfather, who was a long-term resident of an elderly care facility, and who developed severe complications during his time there.