Skyscanner, one of the top global players in the travel-metasearch-engine business with over 50 million users monthly, has just been acquired by Ctrip. Thanks to the acquisition they made in Budapest back in 2014, I had the chance now to have an interview with the Co-Founder & CEO Gareth Williams.

Where do you personally come from? What did inspire you to start Skyscanner? 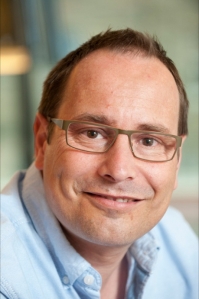 I learned simple assembly language as child with my dad, playing around on a BBC Micro; I loved programming as a way of expressing yourself through making games patterns on the screen. That lead me to studying maths and computer science at university. Before Skyscanner was born, I worked as a web developer contractor, chiefly in the banking sector, and it meant I worked for two weeks, then had two weeks off. For those two weeks, I’d visit my brother, who was living in the Alps at the time. The idea for Skyscanner arose from frustrations in trying to find cheap flights, from a number of London airports, to a number of airports that served the Alps area. It was so complicated and time-consuming, and I reasoned that there must be a better way to compare my travel options. I got together with two friends from university, Bonamy Grimes and Barry Smith, to try and solve the problem. We sat round a table in a pub in London, scribbled some ideas on a beer mat, and slowly the idea for Skyscanner took shape. From a simple excel spreadsheet, Skyscanner was born.

Me, as an average user, also know about other companies on the market shooting for the same market segment. Some call them competitors. How do you differentiate yourself from them? Who do you consider your competitors at all?

There are a few ways we’re different from other players in the space. Firstly, we’ve built our travel search technology from the ground up, making it proprietary and best-in-class. This means we have direct connections with many of our partners, so we can provide the best, most up-to-date range of options for travellers. This makes us a unique travel marketplace: unlike other travel search sites, we’re not reliant on obtaining our search results through a third party. We take a global-yet-local approach, and not only do we power travel search for well over 50m unique monthly visitors every month, we also power travel search for well-known global brands like MSN and Lonely Planet, who use our technology in a white label solution. So as you can see, we place a large emphasis on technology – our team is made up of approximately 50% engineering talent, and our technical spend is around the 50% mark also. We remain very much a start-up in the way we work – employees are given lots of flexibility and trust to work in the way that is best for them, so we see a lot of innovation. For example, we were pioneers in the travel search space when it comes to conversational bots on the likes of Facebook, Skype and Amazon’s Alexa.

How do you define yourselves with one word or expression?

What were the main stumbling blocks for your startup, especially during the first year, and what would you do differently from today’s perspective?

Well we were rather unusual at the time in two ways – one, the dot-com bust happened in 2000, and it was in 2001 we first started working on Skyscanner, in a time where confidence in internet businesses was very low. This also meant that it was really difficult to get funding for Skyscanner, so we had to bootstrap the business. We ended up sharing two salaries between three of us, with me working on Skyscanner full time while the others kept their day jobs. The other aspect was that metasearch at that stage was not a well-known or understood term, and the concept was very new. That meant it was really difficult getting airline partners on board with the idea, especially when we were so small. But we persevered – I always say, tenacity is one of the defining principles of entrepreneurship, and it certainly served Barry, Bon and I well.

How did you meet your co-founders?

Bonamy Grimes and I met each other in our first days of university in Manchester together. We bonded over a shared love of music. We met Barry later and the three of us had a few ideas for businesses over the years, from property to a music service. However, it was with Skyscanner that we really saw a service where there was a real need for it – we were convinced there was a way to make travel search simple, and that’s still our aim today, even as a global company a decade later.

How does the team look like? What is the size and setup?

Today, the team is made up of over 800 people, across 10 offices globally, including an office here in Budapest. We’re made up over 50 nationalities, and are organized in a ‘tribes and squad’ model: in essence, people work in small start-up groups of no more than 8 or so people. This allows everyone to have a lot of autonomy and flexibility in their work. Here in Budapest, the team is mainly involved in product and engineering, and we’re currently recruiting for a number of roles here, including senior mobile engineers and senior systems engineers.

Can you tell something about the business model and how it has changed?

A lot has changed in terms of the size and scope of Skyscanner. We started out with budget flights in Europe, and today we compare flights, hotels and car hire globally. And of course, a team of over 800 people across various time zones has different needs from when we were just three people working from my spare room! But at the heart of things, we’ve kept true to our values and our ethos. I never wanted to work in a rigid organization with lots of bureaucracy, and happily Skyscanner is still a forward-thinking, relatively flat-structured place where people really enjoy coming to work. We’ve won multiple awards for our workplace environment, and that’s something I’m very proud of. Working from home is very common, and we have some great programmes in place, whether for continued learning or for colleagues to travel and work in other offices across the world for up to 30 days.

How have you raised money? What was your first big success about it?

We boot-strapped the business at the very start, and that served us well. It meant we naturally had to be very agile and allowed us to put a lot of emphasis on refining the product. In 2007 we took £2.5m from Scottish Equity Partners and later in 2013 we received secondary investment from Silicon Valley’s Sequoia Capital. In January 2016 five new partners invested £128m between them. Then, in December last year, we were acquired by Chinese travel company Ctrip. It’s a really exciting time for us – we’ll remain operationally independent from Ctrip, but we’ll be able to leverage their knowledge and insight to propel Skyscanner forward and take the business to the next level.

After making an acquisition in Budapest, how do you see the CEE region for startups and scale-ups? And specifically, how does Budapest look like to you, coming from Edinburgh?

It’s a fantastic place to be and our Budapest team is hugely talented and enthusiastic– we’re very lucky to have an office here. Like in Edinburgh, there’s a real buzz in the city when it comes to tech start-ups, and the community is a warm one, where people are very open to sharing learnings and knowledge. We host several meet-ups and events for the tech community on a regular basis from our Budapest office too, so it’s great to see the breadth and strength of the tech scene here.

After your successful exit, what are the next steps? How do you see the next 1 year? What is the next milestone to achieve?

While we’ve been acquired by Ctrip, the team very much remains the same, as does our aim in making travel search as simple as possible. As such, we’ll remain operationally independent and we’ll continue to innovate and deliver great travel products across the world. I recently published a whitepaper setting out Skyscanner’s vision for the future of airline distribution and the changing role of metasearch within this. Our intention is to transition towards becoming a marketplace in which travellers can shop for a rich array of air fares with a seamless process from start to finish across any device. The metasearch space is one that is an ever-changing one, so I’m very much looking forward to what the future will bring.