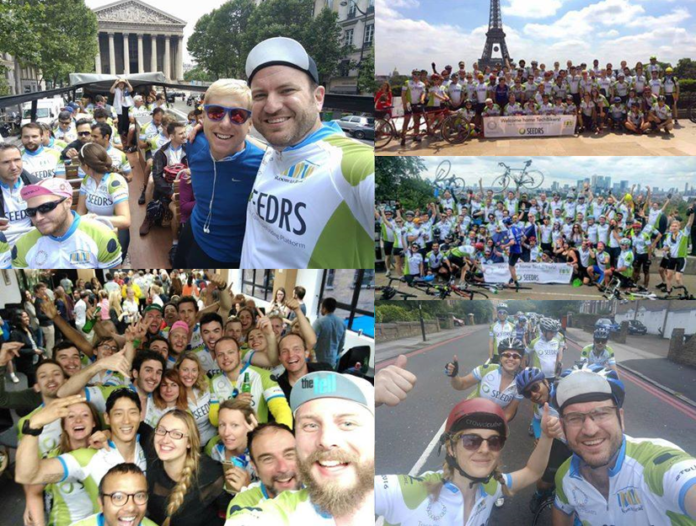 Drop your laptop and hope on your bike for a 300 km journey. That’s what near 400 entrepreneurs, investors and techies have done since 2012 by participating in the initiative called TechBikers, an unusual way of supporting children’s education in developing countries through the charity Room to Read.

Next May 12-14, TechBikers is launching a new CEE ride by hitting the road between Vienna – Bratislava – Budapest gathering 50 riders from the tech communities from the 3 cities but also from all over Europe.

“We have participants from the tech communities in the region but also from London or Copenhagen. We have still around 10 slots available.” says Pierre Charvet, leading the CEE project from Bratislava.

You can sign up before April 24th on the TechBikers CEE webpage. They have already raised more than €1.300 thanks to the first riders already signed up. Their goal is to reach €20.000 for this first ride in this region.

No need to be a professional biker! Anyone can participate and accept the challenge. The ride is not a race or a competition. The goal is to cycle and finish as a team for a sole and unique cause. The aim of the initiative is to support charity, network, share ideas and spread the start-up vibe during an unusual weekend. The money fundraised contributes to building schools and libraries in developing countries. Behind TechBikers is Eze Vidra, former Partner at Google Ventures (and Founder of Google Campus), Benjamin Southworth, ex Deputy CEO at Tech City UK, and Abraham Choi, Founder of Decision Analytics and Mark Jennings, Founder of Shaken.

“The TechBikers community is incredible. Once you join a ride, you are taking part of a real family. Everyone stays in touch, helps each other and also help in promoting or organising a ride.”, says Pierre Charvet.

The conditions to sign up is the payment of a minimum fee of €300 to contribute in the cost of each rider, while it is expected to fundraise at least €300 for Room to Read. Organizers themselves, for example, advises selling cakes or contacting friends and family to reach the fundraising goal. All the logistics is organised by TechBikers and supported by great sponsors like Janom, Slovak Telekom and Dagital Legal.

TechBikers aims to fundraise at €1 million by the end of 2017. You can check the video below to see what is like to be part of the TechBikers community!