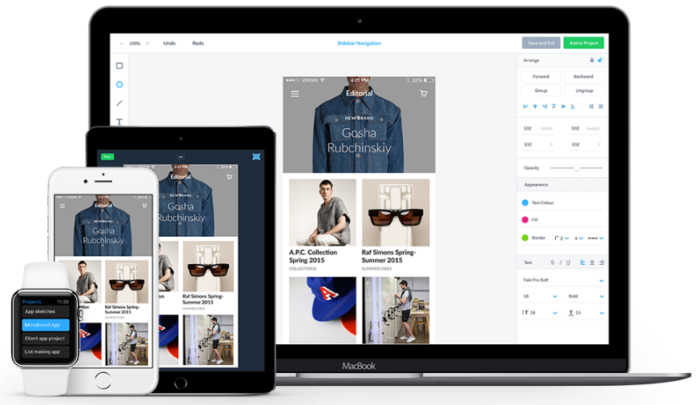 Marvel, the design and prototyping platform, has raised a £4 million Series A funding round led by BGF Ventures and joined by other European investors.

Founded in 2013, Marvel is an all-in-one design platform that makes design and prototyping simple for everyone. Individuals and teams use Marvel to scale creativity throughout their workflow and organisation, from wire framing to user testing. The London-based Marvel team provides the tools companies need to create and collaborate.

The Marvel platform already has over 1 million registered users, with around 35,000 new users signing up each month. The app is fast becoming the go-to prototyping tool in tech and other industries, while being so easy that schools and universities are now making it part of their courses. Marvel is also changing the way teams deliver their work to clients and stakeholders by making Powerpoint presentations or emails redundant for showcasing designs.

Last month, Marvel acquired POP, a Taiwanese prototyping competitor, which significantly expanded the company’s international user base. Many POP users were in the large enterprise and education sectors.

Marvel’s customers are drawn from design teams and product teams and are the creative types who are charged with making everything from apps and websites to touchscreen kiosks. The company targets freelancers, as well companies both large and small.

The Series A funding will be used to build sales and customer success teams within Marvel. The fresh capital will also allow the young company to expand into new markets with the product and ramp up product development and marketing. Up until the POP deal, Marvel’s growth had been entirely organic.

Co-founder Murat Mutlu stated: “Marvel is no longer just about designers and we’re already seeing that everyone from marketing to success is using Marvel to create and collaborating on ideas. The recent acquisition of POP and our successful fund raising give us the opportunity to make huge strides in bringing Marvel to even more people and actually help make new designers not just service existing ones, across.”

Rory Stirling, partner at BGF Ventures, said: “Amazing things happen when technology is used to simplify creative processes and we believe Marvel has the ability to transform the way individuals and teams create great products on a global basis.”

Marvel’s founders remain closely integrated in the design community and care passionately about the value of design in today’s busy world. The company expects design to become even more critical in app and web development in the next few years and is investing heavily in design tools for the future. While the basic app and access to community features is free, designers and enterprises can pay increased subscriptions for additional functionality.