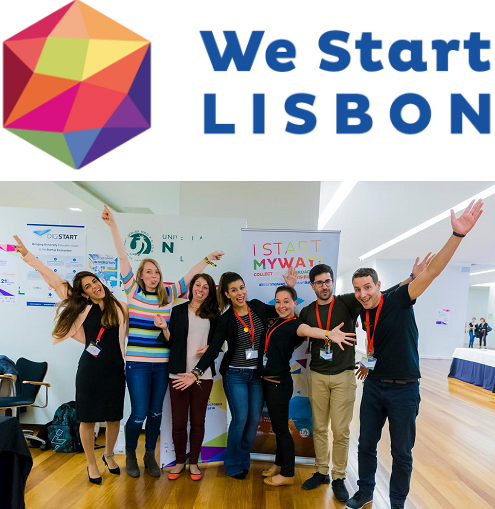 On the 21st of October, I had the honor to be part of We Start Lisbon – an exciting and quite interactive event which set out to inspire and teach students regarding entrepreneurship. The event was held at Universidade Nova in Lisbon and was organized by the Startup Europe projects MY-WAY and Digistart as part of the Startup Europe comes to universities initiative (SEC2U).

We Start Lisbon was a day full of inspiring talks, networking opportunities and a fun pitching game with awesome prizes. For those of you who couldn’t attend – here comes a little summary of the conference:

The event was started with some inspirational words from the organizers. The 120+ attendees were clearly excited about sharing their ideas, learning about entrepreneurship and establishing meaningful connections. In order to make We Start Lisbon as interactive as possible, there was also a treasure hunt and pitching game, which was introduced to the students in the beginning of the event.

The first panel was about the startup activities available in countries like Portugal, UK, Greece, Spain and Israel. The discussion was joined by young representatives from NACUE, AEGEE, MIT/MBA, YES and Ilannovation – Bar Ilan University’s Entrepreneurship Club.

The next highlight was a workshop on product development with Matt Kuppers from Startup Manufactory, in which the audience shared their product ideas and challenges.

The first coffee break was used for networking and for the treasure hunt and pitching game. 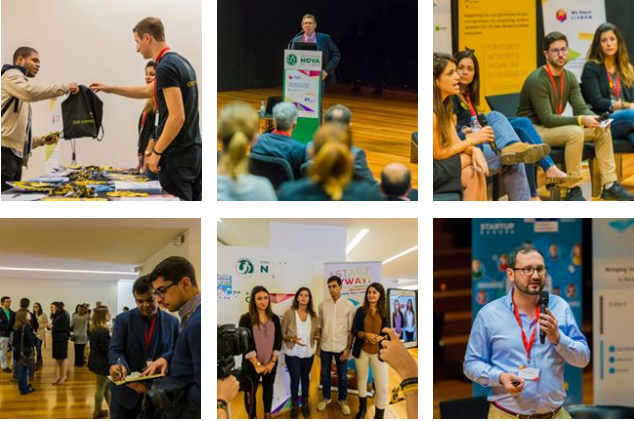 After the short break, Miha Matilevski talked about his experience of failing and how to beat the depression and anxiety that comes with it. During his exciting talk, Miha argued that we should think of failure as a learning experience. Very true and inspiring!

After the lunch break it was my time to step on stage and give a little talk on how startups should approach PR. Shortly afterwards I was joined by Miguel Alpoim Ruas (Doctor Spin PR/ Special Projects Startup Lisboa) and we further discussed the dos and don’ts regarding startup PR. 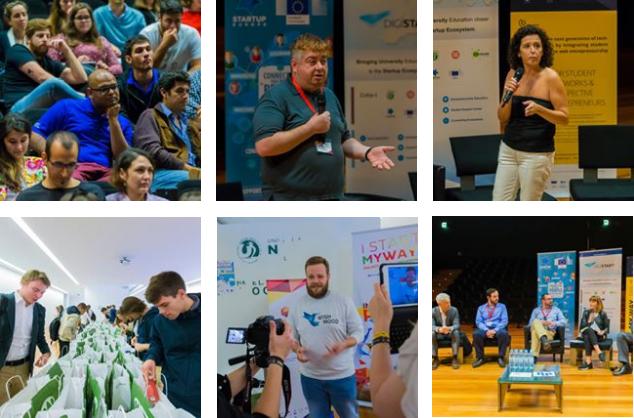 The next speaker was David Trayford (Founder-thehub.hu, team Project Coach at Singularity University) who held a refreshing workshop on how to pitch to investors. The attendees formed groups in order to come up with some unique pitching concepts.

The next topic was Internationalization – presented by Micael Gustaffson, who spoke about his experiences of going to Asia and the US. He was joined by Mark Bastiaanssen (Pakketmail) and Lourenço Jardim de Oliveira (Linehealth) who also shared their learnings.

The final panel discussion was about „How to go from idea to business” and was joined by experts like Edite Cruz (Beta-i), Davis Gouveia (Startup Lisbon/ Uniarea) and Diana Pati (Startups.be) who shared some valuable ideas with the audience.

At the end of the event, the final winners of the pitching game were announced. One pitch that stuck in my mind was the one by the Wishmood founders. The Almada-based team is working on an app which lets you order drinks and snacks to your current location. You just share your location (be it at home, at the beach or somewhere else) and Wishmood will fulfill your order promptly. It sounds very simple, but it seems to work. Their minimum viable product (mvp) and some first test results are really promising.

We Start Lisbon was an exciting event which inspired and connected young people that are interested in entrepreneurship. The attendees left the venue not only with a ton of valuable advice, but many of them also with the feeling that they can make it happen. That they can turn their dream of building their own companies into reality!

By the way: We Start Lisbon was the 3rd Student Enterprise Conference as part of the MY-WAY project. The final edition of this year will be held in Italy at the H-Farm headquarters on the 6th of December. More info will follow soon! 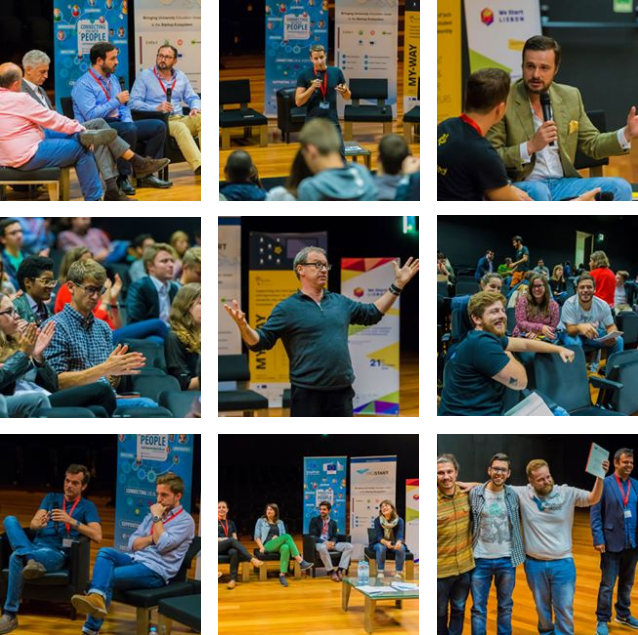