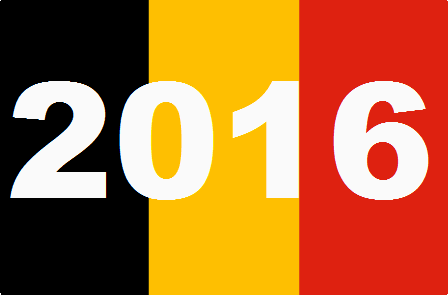 Belgium is a rather small European country, but its startup ecosystem has noticeably grown over the last few years.

As you probably know by now, we started the year with some research and the goal to come up with a list for each EU country with 5-10 of the most promising startups to look out for in 2016. Below you’ll find our selection of 6 Belgium-based startups which create innovative products/services and have (in our view) a successful year ahead.

1. Ojoo: Founded in 2014, OJOO aims to provide the easiest way to create, play and sell interactive location-based games, tours and maps from your mobile device. With OJOO, everyone can build and play spectacular city games, excursions and guided tours that combine online elements with real-life gameplay. No coding skills needed. The Ghent-based startup raised a total of about $ 1.41 million in venture capital.

2. Speaky: A global social network dedicated to language learning. The Brussels-based Speaky team creates an effective environment where you can share and learn languages by practicing with native speakers. Meet people from all around the world and learn in a fun and easyway. Speaky’s service is free to use. Founded in 2014, the promising Belgian startup seem to have raised no vc funding yet.

3. Parcify: The Hasselt- and Antwerp-based startup Parcify aimt to transfom the way we ship, deliver and pay for items in today’s mobile world, by enabling shoppers to get what they want, where they want it and at a time that suits them. Parcify connects local omnichannel retailers with crowdsourced on-demand logistics. The startup combines advanced technology with a passionate community of Parcifiers, bringing local stores closer to their citizens in a convenient way. Parcify started in 2015 and secured roughly $ 525K in seed funding.

4. DataCamp: The Leuven- and Boston-based company offers online courses and tutorials for the open source statistical language “R” – with fun videos and interactive coding challenges. The online data science school DataCamp was founded in 2013. With over 100 hours of hands-on data analysis courses and R tutorials on Data Handling, Data Visualization, Reporting, Machine Learning, and Statistical Modelling, DataCamp members get the hands-on-experience they need need to begin a real-life project in data science. In total, DataCamp raised about $ 2.24 million in funding ($ 2.2 in 2015).

5. Fleye: Founded in late 2014 by two Belgian engineers, Fleye aims to create the world’s safest drone. A few weeks ago they successfuly closed their Kickstarter campaign raising €314K from supporters from around the world. The Fleye dron has a one-of-a-kind spherical, soccer ball design and enclosed propeller which makes it safe, easy to navigate and suited for use close to people and indoors. Aside of the recent crowdfunding, the liége-based team has already received €600K in backing from the Belgian investment fund The Faktory and from public subsidies.

6. BeatSwitch: The Antwerp-based startup BeatSwitch connects Festival organizers and booking agencies to empower the artist. One business platform to plan, collaborate and work more efficient. BeatSwitch is a planning tool that becomes intelligent during the festival. BeatSwitch is kind of the digital assistant of an event manager that makes planning more dynamic and can make suggestions on what action to take. The company was founded in September of 2013 and secured a total of roughly $ 1.22 million in funding.