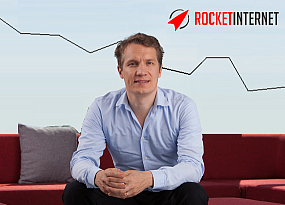 Yesterday, Rocket Internet published its first full year financial report since the IPO in 2014. Although revenues grew significantly (volume weighted net revenue growth of 82%) compared to 2013, Rocket Internet also announced a total loss of €20,2 million for 2014. Both the revenue growth and the net loss were not really unexpected.

But the 174 pages of the anual report also revealed some interesting and unexpected things about the inner workings of Rocket Internet – a European company with the mission to become the world’s largest Internet platform outside of the United States and China. You don’t want to read the full anual report? Here are five of the most interesting things we found:

Backround info: Founded in 2007 and headquartered in Berlin, Rocket Internet is a giant company builder which identifies, builds and scales proven online business models through its global platform. The company’s CEO is Oliver Samwer, one of Germany’s most successful serial Internet entrepreneurs. The full year results of Rocket Internet for 2014 can be found here.