János Dobó and the SM Conf 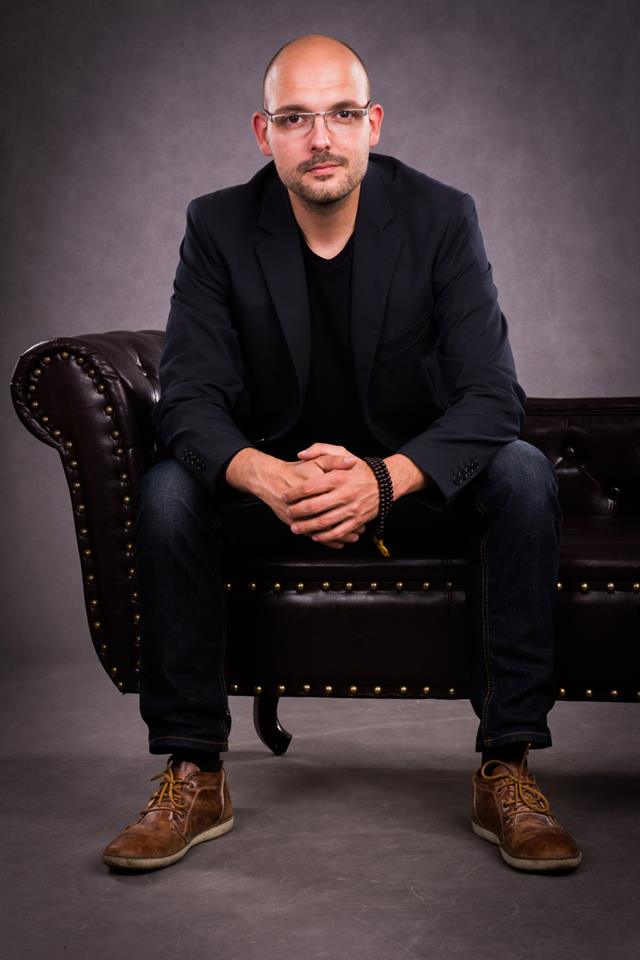 Following the interview I made a year ago, I would like to introduce you János Dobó, co-founder of SM Conf (formerly known as SmartMobil), one of the largest conferences in Hungary, coming up in a few weeks again in Budapest, together with another event of the same team, SMartUP! Berlin.

What is your personal story if I may start with this seasoned question of mine? 🙂

My story…well, it is a good question to which I cannot really give you a straight answer. If I want to sum up everything that I am today I am more like the male version of an Alanis Morissette song: I’m a father, a teacher, a singer, an artist, a credited actor, a director, a communications professional, a project manager, a company executive, a mentor and the list goes on.

Now you’re probably thinking that all this is a good cause for laughter, but frankly speaking I started off my professional career as an operatic singer, I went to study singing at the Conservatory when I was 17. After 4-5 years of that my parents persuaded me to get a proper job that I can fall back on when things get worse. Even today I believe that professional singing is one of the most stressful and toughest profession if you want to make a living out of it. So, I went off to study Arts at PPKE (HU) and at Radboud University Nijmegen (NL) and finally graduated with MA in English and Communications (PR and Electronic Media).

I went to teach for about 4 years and had my side projects at the University directing my English theatrical troop (The Brown Cow Company). We put on stage over 12 full length adaptations of famous Broadway plays like The Dining Room, Who’s Afraid of Virginia Woolf? and Equus. I also directed and played the lead roles in most of them with great success and also had my IMDB credited debut.

I believe that all those years have given me all the expertise in dealing with people professionally: to find and bring out the best in people and galvanise it for the greater good of everybody involved in a timely manner. In 2006 I started to shift from teaching to communications and I went off to work for a company as business developer where we worked on online streaming platforms on an international scale.

In 2008 a friend of mine asked me to embark on a venture to start off a PR Agency in Hungary. The company was in fact the branch office of a regional agency headquartered in Munich with global clients like TomTom, Sharp, Epson and Verbatim. Working for these multinational clients for many years helped me to learn all about corporate communications and brand management.

In 2010, along with my twin brother Mátyás Dobó (“Doransky”) we started our company Endless // Mobil, dealing with mobile development. Since 2010 I function as managing director at Endless. This is where the story of SM Conference Series (formerly known as Smartmobil Conference) begins.

Could you please summarise the history of SmartMobil?

The SM Conference Series developed from a relatively small 450+ participant event to a regionally acclaimed mass Event, a brand on its own right. Throughout the years I personally put my expertise behind the conference on the operative side, partly dealing with things that are oftentimes invisible from the outside and mostly with things that are pretty much visible like the image campaigns and all those things around it concerning communications and event management while Mátyás, my brother put his expertise in putting the program together using his overall knowledge and connections in the field as an opinion leader and as a trend expert. If I want to put it simple we are like the brain and the body where he is the brain with great ideas and I am the body setting all those great ideas into motion. And of course I also have a superb team behind the whole story with extraordinary people.

As for the rest, I personally believe in evolution versus revolution when it comes to the Conference. The SM 2015 is also something that went through a kind of adaptive evolution without aiming to revolutionise the conference industry in the past 6 years. What we do is finding the way to start off something new with every year.

How did startups become the part of the game?

In 2013, besides the regular conference topics we started to focus on Startups which was an upcoming hit at that time. Since then, you find great success stories that partly stemmed from the SM Conference. There are various great startup companies that achieved worldwide success after they were introduced at the SM conference. Just to name a few, you’ll find SOPRESO, an interactive conference participant engagement system which was only an idea in 2013 and today it’s a full fetched company with a steady business model, or iBlueOpen a bluetooth technology based lock management tool, or SongArc, which is a GuitarHero like app that is over a million downloads in the US or StatzUp, a virtual football management app that gained a huge VC investment after their success after their appearance at the SM 2014 Conference.

As for 2015 we start a new regional Startup Competition with OxO Labs and LOFFICE entitled The CEE LIFT OFF! Startup Competition. By 26th March 2015 we call IT Startups from the CEE region to compete and have their one shining moment at the conference on 8-9th April 2015. The winner is to get 15 000 euros for product development, 6 month acceleration program and office space in LOFFICE for 6 month, which I believe is a great deal for only a good idea. There are also some great startups in the program and I am also 100% positive that we’ll be hearing a lot more about them in the near future.

Finally, can you tell us more about the SM evolution from local to regional level?

As far as the program is concerned this year we invite VCs from the CEE region and also some great keynote speakers from IBM, Twitter, Microsoft, InDieGoGo, PayPay and TestBirds and many many others to have a great Conference. For the first time we also launch our UniverSM program, where we unite all the major Hungarian Universities along with their ongoing research projects and teams to show all the good stuff that is going on right now in house in their respective IT laboratories.

And finally, we also have our new regional edge added to our SM Conference story. This year joined by CHB (Berlin) we have a partnering Event in Berlin, the SMartupp Berlin-Budapest, which is a one day Event in Berlin on the 8th of April focusing strictly on Startups. Those who come to Budapest can follow the event in Berlin in a separate section room and also there’ll be keynotes presentations streamed back and forth from our SM 2015 Budapest Event to Berlin. I believe it’s going to be awesome!

Peter Kovacs
Peter Kovacs is the Co-Founder of Global Startup Awards, xLabs and IseeQ . He contributes to EU-Startups with founder interviews and stories, mostly from the CEE region.
RELATED ARTICLES
Germany-Startups