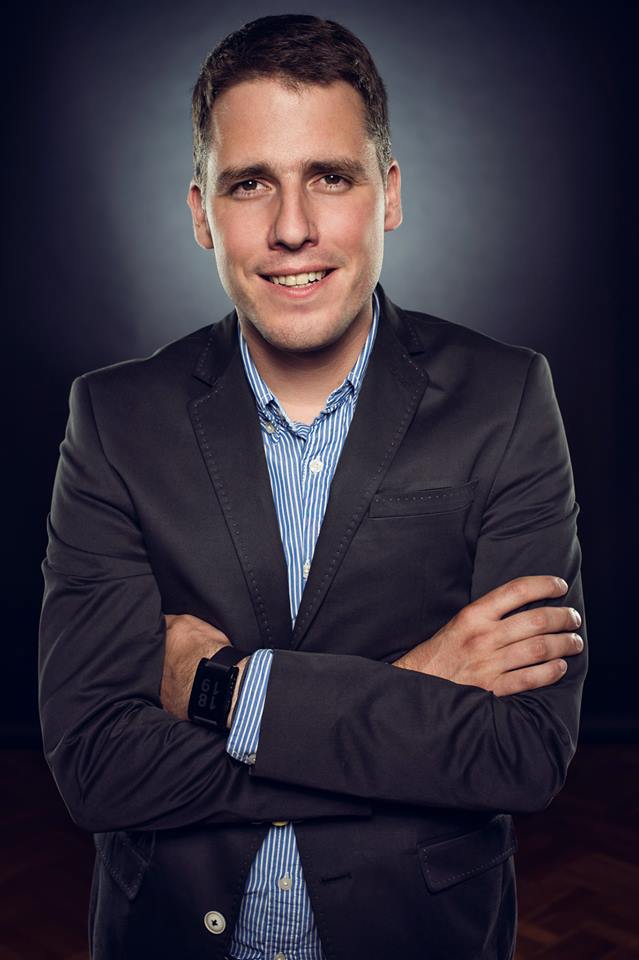 I am personally really much impressed by everything that Mátyás Dobó, aka Doransky the blogger has achieved in the digital / startup scene in Hungary ever since I have been around. Being the Head of Product Development at Magyar Telekom and the founder and main organizer of SmartMobil Conference, he has significantly affected the Hungarian digital industry. I had the chance to make an interview with him last week, over a lunch in downtown Budapest.

EU-Startups: Where are you coming from? What is your story?

Mátyás: I have been dealing with digital services since 2003, when I started blogging (in Hungarian) as ‘Doransky‘, and working as an employee in 2005 in a startup, being responsible for digital content creation, later operative management. I was working on video sharing services on the local and EU markets with successful exits.

EU-Startups: What made you start your first company?

Mátyás: As my personal brand was getting stronger, I also had the feeling that I wanted to do my own things, so I created my first company called Peer with another guy and two investor. We originally wanted to create products, but we actually ended up becoming digital service providers for large local clients in Hungary, and as it was going really well, we somehow forgot to work on well scalable products 🙂

I met a guy at a conference in 2008, just about 2-3 months after the launch of Apple’s online store and he asked me why I was not about developing mobile applications. So I bought an iPhone and started up with that guy a new company called Endless to develop simple applications for the US market – an app for mailing and simple games, later even thematic ones. Some of them went really popular, while it was the era of 1 dollar apps.

EU-Startups: What was your biggest achievement with that?

Mátyás: Our mailing app had 1.300.000 downloads, which was really impressive, however that was a free application.

EU-Startups: How did the idea for SmartMobile come?

Mátyás: As time went by I became more and more interested in the local market as I saw a great potential locally. We decided to get separated with my partner, he took the US clients and I started working for local companies.

In line with that, we initiated a workshop for mobile technologies and we ended up having 400 applications for that, so I realized that it was not a workshop any more, but rather a conference.

EU-Startups: How has been the progress of the conference?

Mátyás: The first one was organized back in March 2010 under a different name: “iPhone vs Android”. Sponsors were lining up for this, and we had 430 participants.

From the next year we decided to focus the conference rather on industrial trends and we changed the name to SmartMobil, and during the next few years it was keep on growing. Last year we wanted to give another boost to it, so we started focusing on startups: we invited VCs from all over the world.

This year we raised the bar again to make the conference even bigger and more international: the National Innovation Office of Hungary also got involved, so instead of doing a competition that we were originally planning, we decided to join the Government sponsored program series called Startup Spring and attracted executives from companies like Spotify, Waze to come, and already sold 800 tickets (including the sponsored ones), so we expect all together over 900 people to come.

We also got to the level of having 17 speakers from outside of Hungary, but have not been focusing too much on attracting participants from all over the region, that’s the next big step for the upcoming years.

I am also proud that this is one of the best sponsored conferences in Hungary, all of our sponsors are coming back to us year by year.

EU-Startups: Finally, something I always wanted to ask but never had the chance so far: where is your nick “Doransky” coming from? 🙂

Mátyás: It was the family name of my great grandfather, who was working as a state official and was forced to change his name. I was actually thinking about changing my name back to this a couple of years ago, but I came to the conclusion that it was actually useless, everyone knows that I am Doransky even without making it official.

EU-Startups.com: Thank you very much for your time, see you on 3rd April at the conference 🙂