The Paris-based luxury resale website Vestiaire Collective today announced a Series-C funding round worth $20 million. The round was led by Condé Nast International, the media giant behind brands such as Vogue, GQ and Glamour.

The marketplace for luxury goods (mostly fashion, handbags and accessories) was founded in 2009 and acts as an intermediary between sellers and buyers. Vestiaire Collective previously raised $11.9 million and currently counts about 1.5 million users. The marketplace is available in English and German.

Vestiaire Collective U.S. director Adrien Wiesebron stated in a conversation with the TechCrunch writer Romain Dillet that the new funding will help the company to expand its activities on the European market, starting with Germany. 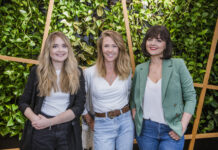