Let me introduce you to the three most controversial Internet founders out of Germany. Probably you’ve already heard of one or all three of them, but I thought it might be entertaining to provide you with a short list and intro. The interesting thing is, that the following three German entrepreneurs are not only some of the most controversial, but also some of the most successful founders on a global scale. And here they are: 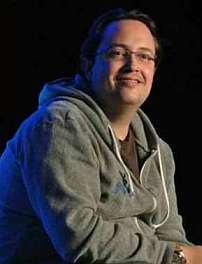 Born and raised in German, Thylmann today lives in Belgium. In December 2012, he has been extradited to Germany on suspicion of tax evasion on the huge annual profits his company allegedly makes. Thylmann did not contest the extradition order and spent several days in jail. On the 21st of December, Thylmann has been released on bail – for a sum in the range of low double-digit millions. 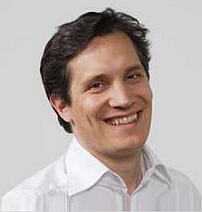 2. Oliver Samwer is a German Internet entrepreneur who – together with his brothers Marc and Alexander – founded Alando, Jamba! and many other successful companies.

Through Rocket Internet, an international online venture builder headquartered in Berlin, Oliver Samwer and his team are starting one clone company after another. They already built clones of Airbnb (Wimdu), Fab (Bamarang), Zappos (Zalando), BirchBox (GlossyBox), Wrapp (DropGifts) and many more. The main criticism of Oliver Samwer (and his team) is, that he only copies successful business models and sometimes even the look and feel of the original websites/apps. Due to Oliver Samwer’s track record and because of the fact that the proof of concept for each of Rocket’s clone companies has already been achieved, Oliver Samwer has been able to raise more capital than any other German Internet entrepreneur before.

But the criticism of not being innovative is not the only thing that made him one of the most controversial German founders. Oliver Samwer is known (and he also has described himself in the past) as “the most aggressive guy on internet”. In a leaked e-mail to his “colleagues” at a Rocket Internet backed startup he once even used warlike grammar as ”…the time for the blitzkrieg must be chosen wisely, so each country tells me with blood when it is time. i am ready – anytime!“. 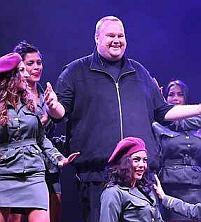 3. Kim Dotcom, born and raised in Germany under the name of Kim Schmitz, is also known as Kimble or Kim Tim Jim Vestor. He is the founder of the file storage website Megaupload, which has been shut down by the United States Department of Justice, as well as Megaupload’s successor site, Mega. Kim Dotcom currently “lives” in New Zealand.

In January 2012, the New Zealand Police placed him in custody in response to US charges of criminal copyright infringement in relation to Megaupload. He was accused of costing the entertainment industry $500 million through pirated content uploaded to his file-sharing site, which had 150 million registered users. Kim Dotcom has denied the charges, and is fighting the attempt to extradite him to the United States. Despite legal action still pending over Megaupload, Kim launched a new project named “Mega” in January 2013, opened to the public exactly one year after Megaupload was shut down. 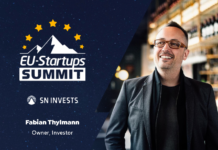 Fabian Thylmann will speak at this year’s EU-Startups Summit in Barcelona on May 12-13! 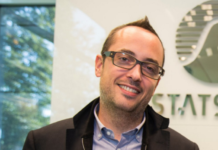 Interview with Fabian Thylmann – the German entrepreneur who once built the biggest adult...