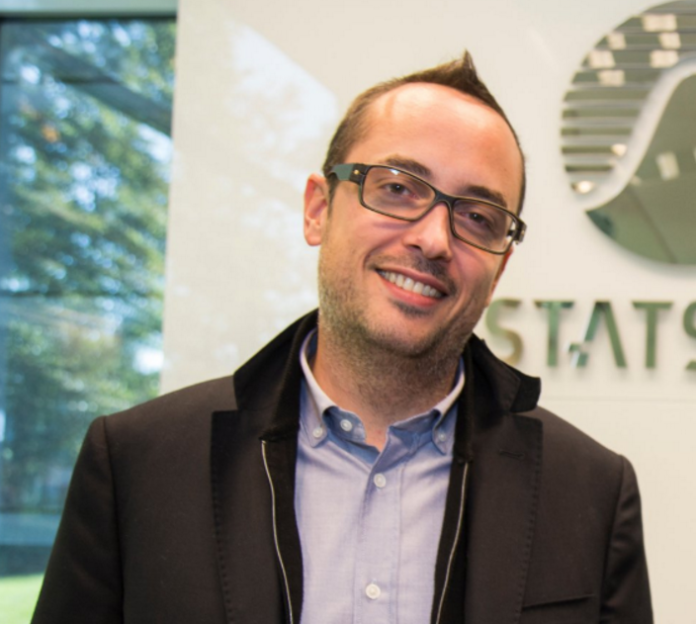 Do you know a big market within the global internet industry which happened to be dominated by a European entrepreneur? Well, the German entrepreneur and investor Fabian Thylmann was able to pull it off. He once founded and managed Manwin (now MindGeek), which was at the time the largest adult entertainment operator in the world!

Today, Fabian is an active investor as a business angel and with his investment company SN-Invests. Living in Brussel, Fabian invested in several European startups and operates a co-working space called SN-Cube.

When did you start to feel the desire to become an entrepreneur and what were your first entrepreneurial ventures?

When I was 15 I built a small website for a neighbour of ours and got paid for it. This was likely the beginning of it all, although nothing much happened after that for a year or two. I then started a company with my brother which was focused on statistics services for the web. Google Analytics like, in real-time. This is where the name STATS NET stems from (and the “SN” in SNCube, my co-working space and SN-Invests my investment vehicle). It was a free service to use online, I was the first one to offer referral tracking (i.e., information about where your visitors came from) in such a system. We planned to sell appliances for companies too and such. Studies got in-between and we did not believe we can pull this off. VC or such stuff was not really known to us and tiny especially in europe at the time.

When building and growing manwin, you mainly acquired existing brands and businesses rather then building them from scratch, right? How did you acquire such businesses given the relatively small budget you had at that time?

This is correct. First of, it is very important to know that in the adult business, at the time, companies were selling for rather cheap. Max 2 year of EBITDA (after integration in and synergies). This was our goal always. Later on this did not work anymore because people knew we had money and how big we were so things got more expensive then. The “worst” deal we made though was something like 5 years of EBITDA.

From the beginning though, we also used earn-out deals. Our deals were all structured with upfront payments plus payments over time, which were in big parts financed by the business we bought. Our synergies were always quite good, so the profits we made from a website was usually quite a bit higher than the previous owner’s. The payments over time also sometimes depended on well measurable milestones that needed to be met to allow the payment to happen.

For startups that are looking to acquire a competitior – can you give some basic advice on acquisition strategies and how to structure a deal without having lots of capital?

A competitor you try to buy needs to be smaller than you. Trying to buy a bigger one will be hard, so buy them early in their life if possible. Earn-out deals with good milestones like we made them of course are important too. They are a lot harder to structure as a startup though. Startups with good VCs and good growth potential have one extra benefit though, they can buy using shares. Be not afraid to give some share away if the combined business is worth more and the share you have left therefor too. Be sure to not lose control of your company though by structuring shares so that voting and ownership shares are not the same.

With offices in 5 countries, Manwin once employed over 1,000 people. How did you support corporate culture and how did you make sure that the teams stayed motivated and happy?

Good local management. I think thats the most important. I also tried to be present in most places now and then, but I had very little time to be in Europe because of all the acquisitions and deals we made which were very US-centric. This made the corporate culture in Germany and the UK suffer a little I think, but local management helped there again.

In general though I tried to make everyone feel part of a big family. I chatted with pretty much everyone I saw in hallways or office spaces. Made sure they knew I would listen to complaints they had. We had a very good HR team that had very clear rules for everything so everybody knew where their place in the big company was.

With your large network of adult entertainment brands, you served over 65 million unique visitors a day. You also had a huge team that tested advertising KPIs and all kinds of website metrics. What were your biggest technolocial challenges at that time and how did you solve them?

The tube sites with their massive amount of traffic and ad-revenue business needed as low latencies as possible. On top of that the ad servers needed to be as optimised as possible in serving the right ads as fast as possible. Since I myself was not deep into the tech part of the business, simply for time reasons, I can not give you a lot of insight into how we solved the challenges. This was handled by our very talented and big IT team. I can however tell you that we continuously integrated new technologies to speed up the tube sites, using redis caches for the pages and of course a CDN for serving content. Our ad server was completely built in-house as a stand alone server written mostly in C. We had some mathematicians on board to optimise algorithms for targeting too. Storage of the vast amounts of data are stored on Isilon clusters, a company later bought by EMC (which is now Dell EMC).

In 2013 you stepped down and sold your manwin shares. What were the main reasons behind this step and did you regret it yet?

Being in adult entertainment, especially in the size of Manwin, puts a mark on your back. Still today, in many places, it is perceived as negative. Including Banks and similar things. Also, I achieved so much with Manwin, I wanted new challenges. Those two things together made it relatively easy to decide to step down when I got a good offer to do so. I do not regret doing this, however it is always fun to talk to my friends from back then.

Do you miss the adrenaline rush of of doing such big deals like you did in the past? And if so, did you start any ventures or hobbies in order to replace or recreate that thrill?

I always did a lot of things at once. Too many probably. I enjoyed some time of doing nothing at first after selling. I still today do a lot of traveling around the world today, but have started a few ventures again. These are of very very different form though, and just fun relaxing projects to do. I do not think I am looking for any more adrenaline right now. Instead I want to play with the ideas I have right now and see what will come out of it.

In late 2015 you acquired the popular social photo sharing app Frontback. How are things going there?

We have a lot of work to do, but we have an awesome team sitting in SNCube that is working hard on it. I bought the app because of a very good base of users around the world. We are adding a lot of things to it currently which will make it more usable in our opinion. We released our rewrite and bugfixes to as a v2.5 a few months ago and since then are working on v3.0 to add essential things people have complained about from day one. I hope it works and the app gains popularity with these things added. It’s of course a difficult market to enter this late but its a fun challenge.

Today you’re investing in startups with STATSnet Invests. In which companies have you invested so far and what are your main areas of interest?

I invested in a big range of businesses, mostly IT based but even non-IT is in the mix. My focus is early stage small investments and therefor very people-centric. I have multiple investments which right at the launch/first monetisation phase including: go.su, shelterr.com, giantswarm.io, shop.co and okolo.com. This is usually the hardest time for any startup, and the time they prove themselves. Exciting!

Born and raised in Germany, you now live in Belgium. You also founded and acquired companies in many different countries around the world. Has location ever played a critical role for you when doing business? I mean especially as a tech startup founder you often hear that you should move to the Silicon Valley or to London or Berlin. Do you agree on that?

Location plays a role when it comes to my family only. As a founder, moving to Silicon Valley, if the time is right and it fits to your startup, makes sense. Moving to London or Berlin is not needed, I fully disagree with that. Belgium is not the easiest place to start a business, it has unique challenges and high employment costs (although the government is doing more and more to help startups there). The great thing about Belgium though is that it is a great test-bed and a great place to expand from. You can start in Dutch or French in Belgium, but once your platform works you need to quickly adapt it to the other language and pretty much right away also to English due to the big presence of foreigners in the country due to EU and NATO. This is a great test for your business without having to enter a 2nd country. On top of that it makes expanding into the rest of Benelux and into France and other french-speaking territories easier!

Editor’s Note: In order to hear about other interesting entrepreneurial stories, personalities and startup opportunities, please make sure to also subscribe to our weekly newsletter.

Fabian Thylmann will speak at this year’s EU-Startups Summit in Barcelona on May 12-13!