Only eight months after being launched, the Hamburg-based startup Stuffle has closed its second financing round. Following SEDO-founder Tim Schumacher’s six-figure investment just a few weeks before, High-Tech Gründerfonds (HTGF) is now joining as well. HTGF is acquiring a minority shareholding of the mobile flea market for a mid six-figure amount (about €500K).

Stuffle aims to offers all the advantages of a flea market in one app. Gone are the times of having to set up your stand in the early morning rain. You can now do it comfortably by smartphone from your couch: Take a photo, write a short description, enter the price and you’re done. The concept from Hamburg-based incubator Digital Pioneers is just that easy. Buyers find available offers based on the distance to their location: They rummage through a collection of large and informative pictures. Buyers and sellers can exchange further information, negotiate the price and organize pick-up via private messages.

The app, which is currently available in English and German, was downloaded about 150,000 times in just a few months and has consistently been one of the top apps in the lifestyle category of the App Store. No matter if it’s a life-size figure of Batman or a designer handbag from Chloë – the value of goods that have found a new owner via Stuffle is approximately four million euros.

“We were convinced by the Stuffle concept: Innovative, easy to use, social and interactive with real added value to the user. We believe that this combination has the potential to re-segment the business of classifieds,” explains Andreas Quauke, Senior Investment Manager with HTGF.

Morten Hartmann, founder and managing director of Stuffle, says: “HTGF has a strong network and focuses on young technology companies. We are very happy about the financing enabling us to promote the continued growth of Stuffle. The next step will be the Android version we’re releasing at the beginning of 2013.“ 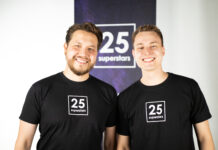 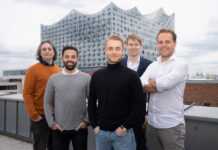 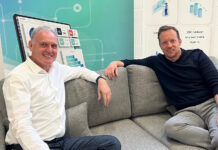 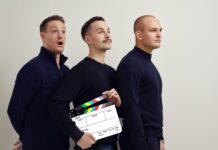