Digit Game Studios, one of the leading Dublin-based games developers, has closed a $2.5 million Series A funding. Delta Partners invested $2.1 million from its Delta Equity Fund III Limited Partnership, with the remainder of the funds provided by the other existing investor ACT Venture Capital. As a result of this funding, Digit will double the size of it workforce with the creation of 25 new jobs in Dublin.

Founded in early 2012 by a team of games industry veterans, Digit has been busy developing its first game, Kings of the Realm (KotR). KotR is a massively multiplayer strategy game that works across any connected device – an approach they call “Seamlessly Cross-Platform”. The recent funding round takes the total amount raised by Digit to $3.75m with both Delta and ACT, from the AIB Startup Accelerator Fund, previously investing in Digit’s seed round. Kings of the Realm is due out later this year, along with the first book in a series from Penguin.

Richard Barnwell, CEO at Digit, stated: “This latest funding round will help accelerate Digit in its goal of disrupting the games industry with a new cross platform technology and awesome games,”.

“Seamlessly cross-platform is a new way of playing games. It allows our games to be played on any connected device and our players can transition between them. Players can play on their browser in the morning, their smartphone on the train and on their tablet in the evening. They can also play against friends who are using a different device,” said Martin Frain, CMO at Digit.

Dublin-based cybersecurity startup Tines snaps up €21.9 million to expand in the US 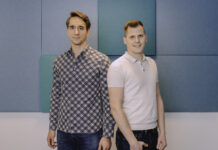