Gidsy, a platform where people can discover, offer and book unique experiences, just announced a seed round investment. The round is led by Sunstone Capital and is joined by Index Ventures, Werner Vogels, Peter Read and Ashton Kutcher. The fresh capital will be used to fuel the worldwide expansion of the young Berlin based company.

Edial Dekker (CEO of Gidsy) stated: “Since our launch, two months ago, we have seen the platform grow to something very special. We had a few assumptions, but the feedback and activities organized on Gidsy have surpassed all our expectations”. He continued: “Today is a big day for us, we’re super excited to have some of the best investors in the world backing us.”

“Gidsy is great proof of the power of community marketplaces. We’re thrilled to support Edial, Floris, Phil and team together with our team of fellow investors as the first investment in our new early stage fund for North and Central Europe” says Nikolaj Nyholm, Partner at Sunstone Capital.

The new investors join Alexander Ljung and Eric Wahlforss from Soundcloud, Matt Stinchcomb from Etsy, Felix Petersen from Amen and ‘investor of the year’ Christophe Maire, who provided the company’s early financing.

Gidsy joins the ranks of culturally impactful companies in the portfolio of Index Ventures, Ashton Kutcher and Sunstone Capital- including Etsy, Airbnb, Prezi, Dropbox, Layar and Grubwithus. Gidsy has launched in New York, Berlin, Amsterdam and will launch in San Francisco and London over the next two weeks.

By the way: Edial Dekker’s (CEO of Gidsy) Twitter account just got hacked. On the 15th of January I received this message from him:

The link pointed to tivvitter.com where I was asked to type in my twitter handle and password. Who.is said, that the phishing site was hosted in China. 🙂 It didn’t take long till Edial noticed the abuse of his account. He then tweeted: 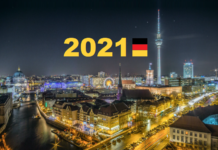