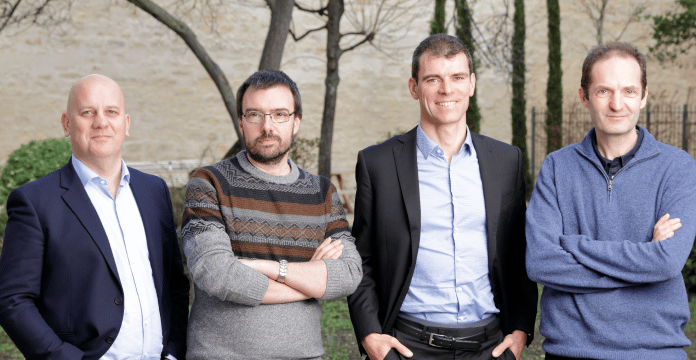 PASQAL, a startup founded upon Nobel Prize-winning research, is set to accelerate the development of quantum computing for commercial use. The Paris-based startup just secured €100 million as interest in this rapidly-emerging tech takes off.

Quantum computing is believed to be the next big thing in tech. It offers a new era of tech that promises to be capable of solving the world’s greatest challenges, giving us new solutions and ideas for the future. Quantum computing aims to overcome the limitations of classical computing through enhanced processing power and it’s a tech market that is taking off.

Professor Aspect: “PASQAL’s engineers have transformed world-class fundamental research into a system that is easy to use and is expected to deliver tremendous benefit to the world. I am incredibly proud of their accomplishments and impressed by the recognition from the investment community.”

Olivier Reymond, CEO and founder of PASQAL: “We are on a clear path to deliver a quantum computer capable of unlocking commercial advantage for our customers, and this latest investment round will help us reach this goal by 2024. This funding round validates that neutral atom technology is a premier platform for delivering real-world quantum applications, and we are proud to see its potential recognized by top investors.”

Quantum computing aims to overcome the limitations of classical computing. According to recent research, it’s a tech area that will unlock new value across many industries, creating up to $850 billion in annual value by 2040.

The Parisian startup builds quantum computers from ordered neutral atoms in 2D and 3D arrays to bring a practical quantum advantage to its customers and address real-world problems – capable of delivering major commercial advantages over classical computers by 2024.

With the new funding, PASQAL plans to accelerate the company’s research and development efforts to build a 1,000-qubit quantum computer in the short term and fault-tolerant architectures in the long term. The company also plans to increase the production of its quantum systems for on-premise installations as well as expand the development of proprietary algorithms for customers across key verticals including energy, chemistry, automotive, mobility, healthcare, enterprise technology, finance and government.

Currently, the startup is working with different global Fortune 500 companies to explore use cases and opportunities for the development of its quantum computing tech. For example, the company recently released research with Crédit Agricole CIB that showed PASQAL’s technology could solve complex financial optimization problems as accurately as classical computers. There’s also BASF which is exploring how PASQAL’s technology can be used to predict weather patterns, while BMW is leveraging PASQAL’s algorithms to simplify complex simulations that can be used for crash testing and development of lighter parts and materials. Other PASQAL customers include Siemens, Airbus, LG Electronics, Johnson & Johnson and Thales.

Christophe Jurczak, Managing Partner at Quantonation: “We are very proud of this new milestone in PASQAL’s development that will make the company a world leader. Quantonation has supported the company since its spin-off from Institut d’Optique. It is the first scale-up within Quantonation’s portfolio, and it truly illustrates the excellence of French research and the competitiveness of the French quantum ecosystem.”

PASQAL will also use the funding to expand its global footprint. The company plans to open offices in the Middle East and Asia this year in addition to growing its existing operations in Europe and North America.

Nicklas Bergman, EIC Fund advisor: “We are proud to invest in a startup we’ve been following for years that is working on a very high impact technology that will solve some of the world’s most pressing computational challenges across industries. PASQAL’s innovation in the quantum computing space has made them an industry leader in Europe and globally. We are excited to be a part of their incredible growth and contribute to their lasting impacts.”