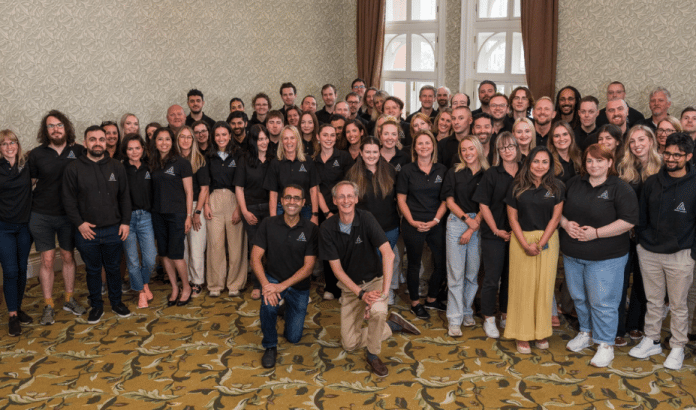 Arctic Shores, a startup aiming to improve the hiring process for businesses and people alike, has just scored about €6.4 million (​​£5.75 million) in fresh funding. The Manchester-based team has developed a pioneering soft-skills assessment tool and is now planning to supercharge pan-European growth.

For decades, recruitment teams and businesses have relied on CV screening and traditional tests to assess a candidate’s suitability for work. It’s a process that hasn’t changed much – despite the fact the world we live, learn and earn has changed drastically. Now,  a candidate’s skills and suitability for a role can’t really be presented in a CV, and amidst a global skills crisis, businesses really need to be more open-minded and creative when it comes to finding and assessing candidates.

Manchester-based Arctic Shores has been running with this belief since its inception in 2014. The startup was founded by Robert Newry and Safe Hammas with the aim to create assessments that give people better opportunities to show their potential, and employers the means to see it. Now, the startup has raised fresh investment and is set to expand into new markets across Europe.

Robert Newry, co-founder and CEO of Arctic Shores: “Companies are being squeezed by a lack of specific skills which is driving up salaries and recruitment costs. On top of that, there is a cohort of experienced workers soon to retire, and an increasingly digitized economy creating many new roles for which no prior experience exists. If companies recruit in the same way they have always done, then they will fail. Arctic Shores gives businesses a unique and proven way to escape this experience trap by assessing potential so that companies can train up the skills.”

Robert Newry: “This next phase of investment will help Arctic Shores to realize its mission to help companies see more in people and transform recruitment so that potential will count as much as hard skills or experience.”

Across the globe, businesses are facing similar challenges – namely, an acute skills crisis. Alongside the increasing digitisation of work and the need to adapt rapidly, the need to assess potential and soft skills has reached an all-time high, and the traditional CV isn’t really up to the task.

Manchester-based Arctic Shores has been paving the way forward since 2014 to help employers build the diverse, successful workforce of tomorrow by enabling organizations to widen their talent pools, unearthing high-quality candidates often overlooked by CV screening and traditional tests. Organizations that rely on the CV and outdated selection criteria like degree qualifications are falling behind those that are taking a more progressive approach – not just in skills but also diversity.

Helen Verwoert, operational partner at Praetura Ventures: “The recruitment landscape is changing rapidly. The challenges employers face today are fundamentally different to those we’ve seen in previous years. And new challenges need new tools. As we scaled the team at Dr. Martens, we constantly looked for new and innovative ways to help us develop our edge in the ‘race for talent’. Arctic Shores’ platform gives its clients that edge by broadening the talent pool, hiring based on real skills and removing bias from outdated practices. I look forward to supporting them with Praetura’s More Than Money promise as they continue to grow.”

The startup has developed psychometric assessments that, unlike traditional tests, use behavioural tasks and capture responses to determine personality traits which reveal true potential. Collecting 10,000+ data points from an engaging and user-friendly interface, the application ranks which candidates are most suited to a role in a company.

This data-driven and objective approach has been shown to improve diversity by as much as 60%, raise the quality of hire by up to 40%, and achieve candidate feedback of over 80% – according to the company’s data.

To date, Arctic Shores has helped household names like Vitality, PwC, Thales, TalkTalk and Arcadis, objectively assess more than three million candidates worldwide, while at the same time improving their quality of hire and reducing their cost of hire.

This new investment will help to accelerate Arctic SHores’ new self-configure platform, and with the increasing demand for soft skills assessments, the company is launching an update to assessing workplace intelligence. Following growth in Germany including major contracts with Airbus Siemens and Schneider Electric, the investment will further Arctic Shores’ European presence and market capability to accelerate in this region.

Alexander Crawford, co-head of investments, Calculus Capital: “Arctic Shores has developed a fantastic platform which empowers employers to see the candidate’s potential, reduces bias, and makes hiring decisions backed by data. On top of that, it has an impressive list of clients in over 40 countries. Arctic Shores is run by a strong and experienced management team, and we look forward to working with them to grow and scale the company over the next few years.”