The European Unicorn Race: What challenges are in store for startups? (Sponsored) 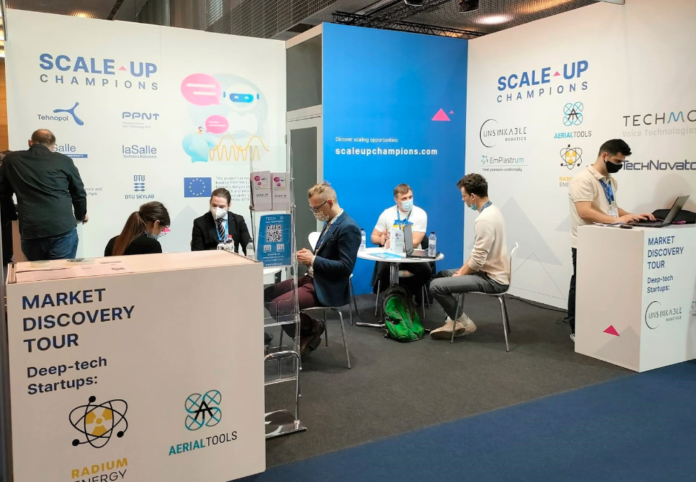 The pandemic changed everything. Shaking up personal lives, social lives and business, it was a once-in-a-generation event that brought new rules to the world and opened up new ways to do business.

One of the new approaches brought about by the pandemic has been the enhanced exchange of international experiences. Reflecting this, this month 17 startups from across Europe had the chance to test the strength of their business and their readiness for international markets by doing stress-test training with experts from the iconic Silicon Valley.

The startups participated in 5 sessions as part of the Market Discovery Tours program of the international project Scale-up Champions.

Chris Burry, one of the lecturers and co-founder of US MAC who advised nearly 3,000 startups worldwide is convinced that startups around the world must have equal opportunities to achieve the status of a unicorn. Therefore, strengthening the startup ecosystem and sharing knowledge is crucial. Here, we take a look at some of the insights from the programme.

There are currently over one thousand startups in the world that have crossed the line of the value of €1 billion and joined the exclusive unicorn club. However, according to the CrunchBase Unicorn Board, only 132 of them are based in Europe. Meanwhile, the US has almost nine times more unicorns than Europe.

According to Chris Burry, one of the most striking things that startups have in common is thinking about the global market too late. This puts them far away from becoming unicorns. Even if an innovator has a goal to develop business in the local market first, it is necessary to think about how you will solve the same challenges in other markets.

Chris explained: “We call it ‘born global’ when you are not yet entering new markets but have to shape your global mindset from the start. Sooner or later, you will still face the same problems of entering new markets, so it is better to think globally at once, to raise various global issues. The sooner you solve them, the more time you will save. If you start thinking globally only in the third year of business, it will be too late. Then you will have to go back and handle everything that was not done in the first and second year.”

New challenges in expanding the team

According to Chris, one of the fundamentals of growth is to have the right team. The biggest problem isn’t necessarily the lack of talent, but the fact that there are not enough people who have already developed startups before.

Chris commented: “Such team members have usually already gone through a difficult path and learned a lot of valuable lessons that save time in the next start. I have also had three unsuccessful tries to create startups in my career. However, I also had three successful share sales (exits) and it wouldn’t be possible without previous experience.”

Another major challenge facing fast-growing startups is ensuring that different employees are able to work effectively with each other.

Chris added: “When a startup starts expanding to several hundred, several thousand or even tens of thousands of employees, one of the most effective ways to simplify work processes is to form a value culture in a team. The absence of a unified value culture costs a lot of valuable time.”

According to him, in such cases, employees spend a lot of time trying to find ways to work with each other on their own. Instead, it could focus its attention on working with clients and generating additional revenue. This is what startups that become unicorns are overcoming successfully.

The growth of European unicorns is rising and expanding. There was only one unicorn in Europe in 2012, and the number has risen to 132 in a decade. The peak was in 2018, including the timeline of the COVID-19 pandemic. The leading countries are Germany, France, Sweden, and Norway in this continent and each of them counts more than 10 startups.

One interesting fact to note when thinking about this is that roughly 50% of investment in European startups is coming from American investors. Jurgita Šarkienė, a partner in Scale-up Champions and Expert of Innovations and entrepreneurship in Kaunas Science and Technology Park says that startup growth is greatly influenced not only by attracting finance but also by expertise in expanding into new markets.

Jurgita Šarkienė explained: “International programs such as Scale-up Champions are key to forming a strong ecosystem for startups, especially for those who act in the deep-tech field. In such programs, startups from different countries have the opportunity to receive the necessary consultations, training, and useful acquaintances in one place. It also helps you to be noticed by investors”

In the stress-test sessions, 21 Lithuanian startups participated and 3 of them – Idenfy, BrahyDOSE, Vilim Ball – caught the attention of investors. They also joined other programmes of Scale-up Champions – the Investment Readiness, Corporates, and Startups Collaboration. Jurgita Šarkienė is happy that experts from Silicon Valley saw the potential of these startups and encouraged them to reach bigger goals.

Scale-up Champions is one of the largest deep-tech communities in Europe. Over three years, more than 200 startups have participated in a variety of programs: the Investment Readiness Program, the Corporates and Startups Collaboration Program, and the Market Discovery Missions. Currently, the selected teams get acquainted with the selected markets in Denmark, Spain, Poland, Lithuania, and Estonia for the development of their innovations.