London’s LottieLab raises €3.7 million to upgrade the GIF with its next generation animation tool 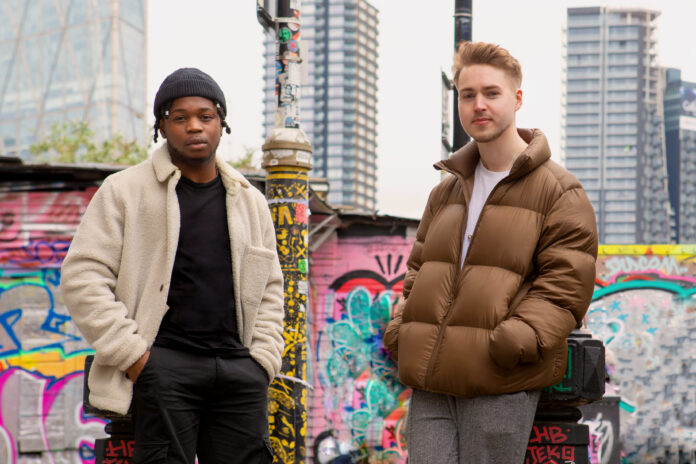 Founded in 2021, LottlieLab has just picked up €3.7 million for its motion design and collaboration platform that’s created a worthy successor to the much-loved GIF. The funding was led by VC firm Point Nine.

The funding round also saw participation from podcaster-turned-investor Harry Stebbings’s 20VC, Entrepreneur First, and some of the world’s most prominent founders such as CEO of Webflow, Vlad Magdalin, CEO of Invision Clark Valberg, former CPO of WordPress Aadil Mamujee, the CPO of Slack Tamar Yehoshua, CEO of Squarespace Anthony Casalena, Former VP at Twitter Rob Bishop and Ex-CEO of Product Hunt Josh Buckley.

The London-based startup was founded by Andrew Ologunebi and Alistair Thomson who wanted to create a new, next-generation animation tool that could take on the GIF.

The two founders decided to explore the animation space due to their own frustrations creating high-quality motion-powered experiences, finding the traditional GIF to be limited and not fit for purpose. The world is increasingly consumed by video content, but as fully-rendered moving images, GIFs take up a lot of space on apps and websites and aren’t interactive in any true sense of the word. Crucially, they cannot be exported as code and as such can’t be manipulated easily by developers.

Andrew Ologunebi, CEO of LottieLab, explained: “I’m a big fan of sharing funny GIFs with friends, but for high-quality product animations, we need a format and tool that’s fit for purpose.”

The emergence of the Lottie file type in 2017 made it easier to create high fidelity animations and export them as code. Lottie animations enable scalable vector animations on web, mobile and desktop and are used in over 80% of the top 100 apps on the App Store. But, working with Lottie animations today still requires the use of Adobe After Effects, a 30-year-old VFX tool with a steep learning curve.

This is where LottieLab comes in.

Andrew Ologunebi, CEO of LottieLab, said: “With LottieLab, we are decluttering the motion design process and bringing it into the 21st century. LottieLab has all the benefits of modern design tools fit for today’s product development teams; being web-based, collaborative and simple, and crucially, there’s no After Effects qualification needed to use it. This is one of the first steps we are taking towards our mission of democratising motion design for everyone, everywhere and to create a world of storytellers, making the web more fun through animations. I’m over-the-moon that Point Nine and our other investors have decided to join us on this journey.”

At its heart, LottieLab is a browser-based end-to-end animation platform, for teams to craft pleasing, intuitive and fun digital experiences. The team have built the easiest tool for Lottie animation workflows from the ground up, solving the problems of existing designers and lowering the barrier of entry to interaction design.

With LottieApp, users can create animations with an intuitive tool that is built exclusively for Lottie – making compatibility errors and plugin problems a thing of the past. It also allows for integrations with existing workflows, whole-team collaborations, and, enables teams to deploy UX animation up to five times faster than other platforms.

The power of high fidelity, fluid and dynamic animations in telling stories that instantly connect with us has been proven with a reported four times increase in user engagement and a 70% increase in conversion rates. But implementing high-quality product animation for websites and apps is a massive resource sink, costing time and money. Often the process requires an expensive developer with graphical programming expertise, and strong illustration and animation skills to code these assets from scratch.

With LottieLab, users can create, collaborate on, manage and deploy animation assets across their websites and apps faster and easier than ever before. It means that customers can derive all the benefits of their animations as code, particularly performance and interactivity, without needing to code them. By enabling product teams to manage the entire animation process in a central platform, the value of animation assets only grows to enable smoother collaboration across the animation development and deployment process, regardless of individual skillset.

LottieLab is tapping into a potential multi-billion dollar a year opportunity that has so far been somewhat overlooked in the design industry. By effectively and efficiently saving companies time and money through democratising the animation production process, LottieLab has the potential to become the de-facto animation tool for creatives.

Christoph Janz, partner at Point Nine said: “Tools like Figma and Canva have democratized creative design for millions of people, but when it comes to animations, things haven’t changed much in the last decade. We’re thrilled about LottieLab’s vision of democratising motion design and we’re excited to work with them as we drive towards a future of making animations easier for all.”

Despite only launching in July, the LottieLab team has already doubled with recent hires joining primarily through word-of-mouth after hearing about the product through its burgeoning beta community. The reception from users in their discord channel has been impressive, with new use cases emerging every day, from customised clothing for e-commerce retailers through to dynamic content for streamers. Within just a few months, thousands of users have already signed up for the product’s waitlist including designers and developers from TikTok, Canva, Airbnb, Twitter, Duolingo, Google, Uber, Apple, Amazon, Microsoft, Salesforce and more.

The seed funding will allow LottieLab to grow its team threefold in the next year, with the vast majority of these new hires on the product development side as the team looks to attract the very best talent.

Florian Bölter, Product Designer and LottieLab customer at Heygo said: “Having used LottieLab for the past few weeks, I’ve been taken aback by its potential, particularly when it comes to mixing up design workflows. Being able to simply, easily and cost efficiently create production-ready animation assets… It’s a real game-changer. From everything I’ve seen so far, I really believe LottieLab has the potential to become the next must-learn tool for product and UI designers.”