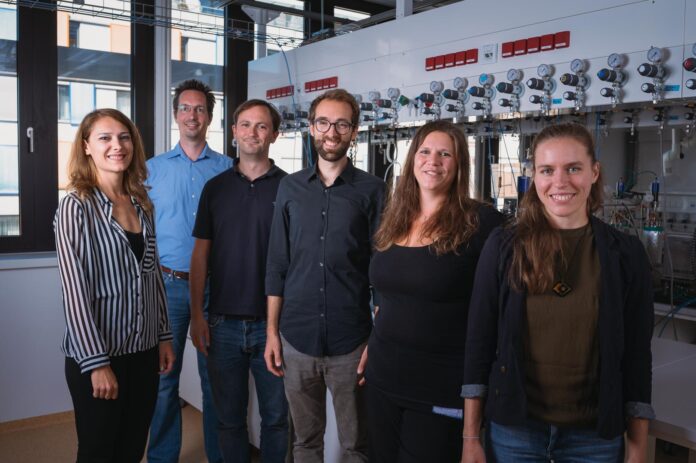 Arkeon Biotechnologies is on a mission to create the most sustainable, nutritious and ethical food system, turning CO2 into food. The Vienna-based startup has just cooked up more than €6.5 million in a fresh funding round which included Synthesis Capital and ReGen Ventures.

Arkeon is the first company in the world to leverage the technology of gas fermentation with the power of archaea, an ancient microorganism with unique properties, for food applications. The company’s proprietary technology produces all 20 amino acids for the human diet in one production step. What’s more, the tech is fully independent from agricultural land and with the ability to directly convert CO2 into food ingredients, the foodtech startup holds the key to unlocking a food system without resource constraints, without geographical restrictions, and free from animal suffering.

The founding of Arkeon was supported by the Berlin-based company builder EVIG, which specializes in working with scientists to build biotechnology startups in the food sector.

Dr. Gregor Tegl, Co-Founder and Managing Director of Arkeon Biotechnologies explained: “We are proud to partner with experienced investors who strongly believe in our vision to produce the next generation of protein ingredients just from CO2”.

The biotech company uses Archae as the basis of this new innovation. Archaea are one of the most ancient microorganisms in the world and are intertwined with the creation of life on earth. They are exceptional in their capabilities and evolved to thrive in extreme environments like underwater volcanoes.

Whilst these microbes are still an underutilized and underexplored lifeform, Arkeon’s proprietary technology holds the key to unlocking their potential. Arkeon’s solution is also offering an exciting shortcut to the processes involved in modern agriculture, which requires lengthy steps of growing, harvesting and purifying. In doing so, the company effectively bypasses traditional agriculture, allowing for food production without crop dependencies.

Dr. Gregor Tegl added: “For the first time in history, we can turn the equation of modern food production upside down and turn a resource-intensive industry into a sustainable, low-emission system”.

Since more CO2 is consumed than produced during the gas fermentation process, Arkeon’s products will be carbon-negative. The customizable products are also 100% vegan, GMO-free, and can be used as clean label ingredients for plant-based foods, nutrition products, beverages, cultivated meat cell culture media, and much more.

The fresh capital will be used towards scaling up production levels, process engineering, and product development.