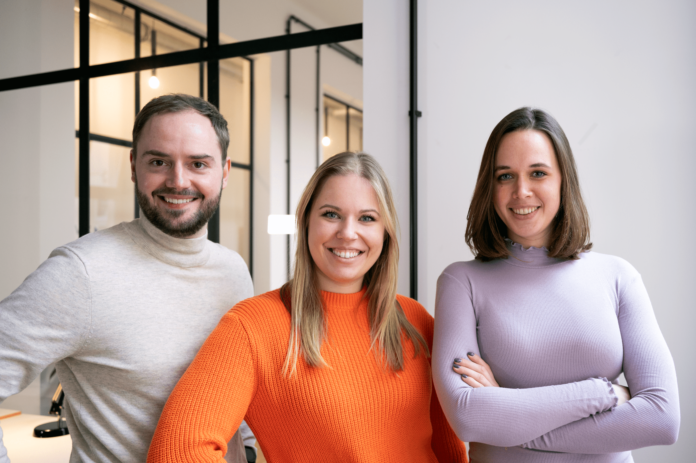 Female-founded healthtech startup clare&me has just announced a pre-seed funding round of €1 million. The round was led by Munich HealthTech Fund YZR,  global early-stage venture capitalist Antler also participated alongside business angels including the founder of Clue, Hans Raffauf.

On a mission to break the taboo around the topic of mental health and democratise access to support, clare&me was founded in 2021 in Berlin by Emilia Theye and Celina Messner, who have since been joined by Xaver Ebner as a technical co-founder.

Emilia Theye, founder, commented: “We are very pleased to announce our pre-seed funding round six months after starting clare&me. As a psychologist, destigmatizing mental illness is a matter close to my heart – and an important step in the right direction for society.”

Mental health is finally getting more recognition amongst society. More often, people are recognising the importance of caring for their mental health as much as their physical health. However, access to support remains a challenge.

Anxiety disorders and depression are among the most common mental illnesses, and it’s claimed by the healthtech startup that around 374 million people worldwide are affected by anxiety disorders, and around 246 million suffer from depression. What’s more, the pandemic has exacerbated the problem – increasing the total number of people affected by mental health challenges by 25% since 2020.

Speech therapy has been shown to have a positive effect in treating both anxiety and depression, but it’s no secret that the demand far exceeds the supply. Access to therapy that is affordable and of a high standard is severely lacking. Clare&me was developed to help the millions of people who do not have access to such help or are reluctant to seek it – an artificial intelligence that engages in verbal conversations with users via smartphone and conveys clinically proven approaches to behavioural therapy.

Founder Celina Messner said: “Maintaining and promoting mental health of individuals is one of the greatest current challenges society faces. We want to proactively contribute to closing the gap between the need for and the supply of mental health support, which we can only achieve together – with stakeholders in the healthcare system, politicians, companies and developers of innovative technology.”

Clare&me is designed to feel human and is intended to counteract the significant bottlenecks in treatment capacity – offering psychological support for everyone, regardless of location and time.

The fresh capital will be used for further development of the product and expansion of the team. The prototype is currently being tested in the UK.