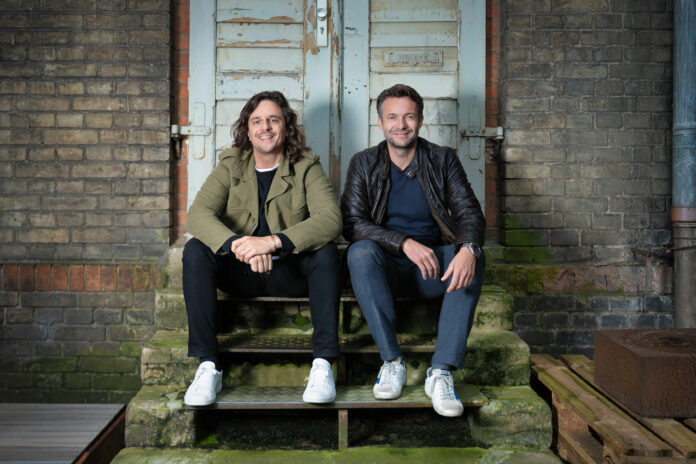 Greenfield One, the early stage crypto VC firm from Berlin has just closed its third funding round. The €135 million fund was raised in less than four months and is now Europe’s largest crypto fund.

Founded in 2018 by Sebastian Blum and Jascha Samadi, Greenfield One invests early in crypto networks and developer teams that are creating the infrastructure for Web 3.0 as a fundamental asset layer on the internet through blockchain-based technology.

Web 3.0 refers to the logical development of the internet. Web 1.0 of the 1990s can be viewed as where the ‘real world’ of the centralized economy was digitally represented and larger corporations offered services along their value chain. In the early 2000s, this gave way to Web 2.0 with a marketplace approach and platform economy that brought giants such as Amazon, Facebook and Airbnb into play.

After mainframes, PC, cloud and mobile, we are now witnessing the emergence of the next-generation Internet, Web 3.0, which is based on distributed ledger technology (DTL) with digital assets at the core of the infrastructure. Through crypto and blockchain technology, providers are linked directly to consumers through automation. Blockchain has the potential to become a dominant economic model, and this is where Greenfield One is investing.

Pursuing a research-driven investment approach and through active participation in its portfolio’s crypto networks with its own technical infrastructure, the company aims to maximise potential returns in the most diversified way possible.

The first Greenfield One fund was launched in early 2019, and helped boost the European crypto ecosystem. This third fund just announced is registered with German BaFin, and will consist of around 35 investments.

Greenfield One mainly invests in teams and projects with a European footprint. This will establish the long-term foundations for strengthening Europe as a technology location and create a counterweight to the platform giants of Web 2.0 from the USA and Asia.

The aim is to enable a broader circle of investors to have access to the potential of blockchain-based business ideas and models and allow participation in this independent asset class in Europe.

Sebastian Blum, Founder and Partner, Greenfield One said: “Web 3.0 has now evolved out of its niche. The pace of innovation is still extremely high. We are very happy about the strong growth of the investment volume in our new fund, in which previous backers but also more and more institutional investors are getting involved in order to profit from the innovations in the crypto market.”

Greenfield One will continue to invest the newly raised funds in crypto networks and developer teams that create an open, decentralized and more robust architecture of tomorrow’s web.

The new fund has already made initial investments in Paladin, a governance lending protocol; Brink, a decentralised finance (DeFi) protocol for conditional bids; and Darkblock, a protocol for rights management of NFTs. The fund plays a crucial role in the rise of the European crypto market.

In addition to existing investors such as Bertelsmann Investments and family offices such as Lennertz & Co. from Hamburg, the telecommunications group Swisscom, CommerzVentures, Galaxy Vision Hill, the fund of funds business unit of Mike Novogratz’s Galaxy Digital, and the fund of funds Aldea Ventures are new backers in this 100% private sector-based fund.