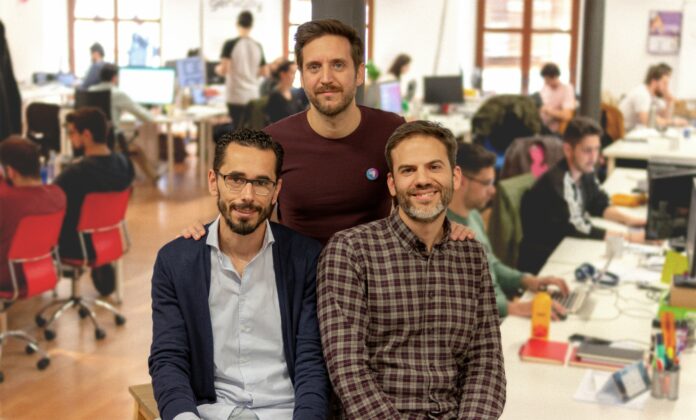 Spanish startup Genially, an interactive content creation platform, has raised around €17 million with its latest round of funding. The Series B round was led by the US venture capital firms 645 Ventures and Owl Ventures, and joined by the European venture capitalists DN Capital and Brighteye Ventures, as well as successful entrepreneurs like s16VC and Kahoot founders.

Previous backers JME Ventures, GP Bullhound, FJLab, Market One Capital and Athos Capital are investing in the startup again, reaffirming their commitment to the company. This capital injection advances Genially’s priorities such as the growth and loyalty of its community, along with the constant and innovative evolution of its product.

Genially was founded in Spain in 2015, and over the last year, the company has opened an office in New York and tripled its user base and revenue. Genially already has over 10 million creators, and its “geniallys” have billions of views. Its community is present in over 190 countries, and boasts especially heavy use in countries such as France, Spain, Mexico, and Colombia and rapid growth in 2021 in countries such as the United States, Brazil, and Italy. Large corporations and educational institutions such as the Red Cross, Volkswagen, University of Columbia, Michelin and Louis Vuitton (LVMH), as well as millions of educators, students, graphic designers, and startups form Genially’s community.

Juan Rubio, co-founder and CEO celebrated the funding milestone: “Genially is ready for the next stage of growth. Making Genially a global and iconic company has always been part of our vision; we want to create a new standard in communication with interactive content at its core. We believe that this round is an important step towards realizing this vision, not so much for the capital received but rather because of the value offered by our new partners.”

Aaron Holiday, Co-founder & Managing Partner of 645 Ventures shared: “While we were first impressed by the rapid growth of millions of users of Genially’s software and strong signs of product/market fit demonstrated high frequency of use, we were most impressed by the founders’ purity of motivation to build a creative software that users love to use at home, work, and school. The team is also building an outstanding culture where team members are happy and motivated by the company’s goal to create a new standard in content creation.”

Amit A. Patel, Managing Director of Owl Ventures added: “We were impressed by the diversity of Genially’s user base. The product’s popularity among users such as professional designers, marketing personnel, classroom teachers, and college students was unique. The multinational corporations, universities, and governments Genially counts as customers make it clear that Genially is a communication tool flexible enough to be used in virtually any department within any organization. With millions of users in over 190 countries, Genially is also accessible enough to be used by anyone anywhere in the world.”

Share
Facebook
Twitter
WhatsApp
Linkedin
Previous article
“Our goal is to showcase what femtech can accomplish and that it is worth investing in”: Interview with Flo’s (the period tracker app) CEO and co-founder, Dmitry Gurski
Next article
Paris-based Altacasa raises €2 million to re-invent access to second homes in the UK and Europe