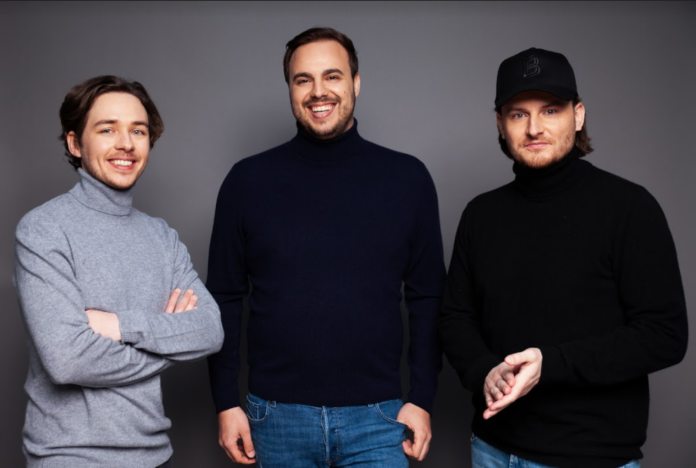 The digital investment platform Bitpanda just raised additional funding of more than €223 million – at an impressive €3.48 billion valuation. The fast-growing fintech company will use the proceeds to strengthen its team and design the organisation for scale, while doubling down on state-of-the-art technology, international expansion and growth.

Signed just 4 months after gaining unicorn status, the Series C round is led by Valar Ventures, with the participation of Alan Howard and REDO Ventures, as well as existing investors LeadBlock Partners and Jump Capital. The Series C was signed earlier this month and is subject as always to clearance by the Austrian Financial Market Authority (FMA).

Founded in Austria in 2014 by Eric Demuth, Paul Klanschek and Christian Trummer, Bitpanda started as a crypto-trading company. Since then, it has grown into a well-rounded investment platform that gives everyone the freedom and flexibility to invest in what they believe in – commission-free fractional stocks, cryptocurrencies or precious metals – from as little as $1. With 3 million users, Bitpanda is one of the fastest growing fintechs in Europe. The company is on track to achieve 6x customer growth year over year, while their revenues will increase sevenfold in 2021 as compared with the previous year.

Since closing its series B funding round, Bitpanda has made significant progress towards becoming a leading investment platform. In April, the company announced it is expanding its product offering with commission-free stocks that users can invest in 24/7. In June, it tapped into the potential of the B2B market with Bitpanda While Label, opening its infrastructure to fintechs or banks that want to offer trading to their clients.

Headquartered in Vienna, Bitpanda now has a diverse team of 500+ people who represent more than 50 nationalities, as well as physical tech hubs and offices in 8 cities across Europe, including Vienna, Barcelona, Berlin, Krakow, London, Madrid, Milan, and Paris. The company recently announced the opening of its remote-first Blockchain Research & Development hub, focused on uniting talent around Europe to build state-of-the-art technologies that leverage blockchain for the future, and it plans to open new offices in Europe.

A few months ago we interviewed Bitpanda’s CEO & co-founder Eric Demuth. Regarding the recent funding round he stated: “We started Bitpanda in 2014 with a clear vision: to bring investing closer to everyone, everywhere. We wouldn’t be here today without the efforts of our talented team members who are constantly “rolling up their sleeves” to make things happen. We’re grateful to share our journey with these incredible people — and that’s why a key area of focus for us is to keep strengthening our team by bringing onboard world-class talent. We’re also grateful for the vote of confidence received from our investors, old and new, in this investment round. We look forward to working together as we shape the future of finance and grow Bitpanda into the #1 investment platform in Europe and beyond.”

Andrew McCormack, Founding Partner of Valar Ventures, commented: “We believed in Bitpanda’s potential from the beginning and we are impressed by the results that Eric, Paul, Christian and the Bitpanda team have achieved. With more than 1.2 million users acquired in the first half of 2021, impressive net revenue growth and world-class executive hires, Bitpanda stands as the living proof that hypergrowth can be achieved in a sustainable way. We’re excited to further work together to bring the world of investing at the fingertips of everyone, anywhere.”