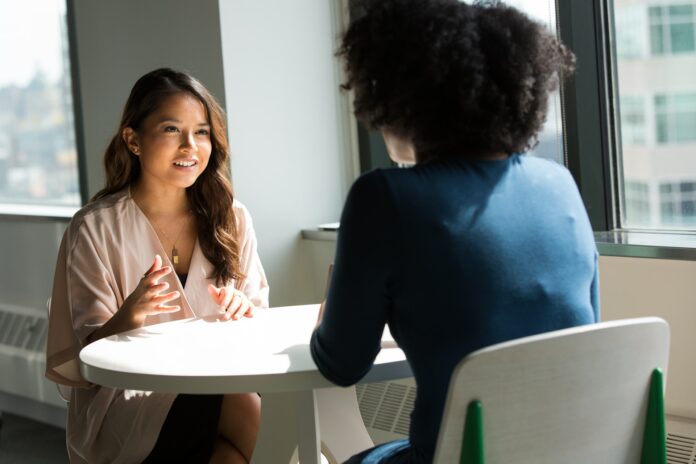 Being a founder is challenging enough but being a female founder even more so. For centuries, the image of ‘the entrepreneur’ has been that of a white man, with entrenched stereotypes of what he looks and sounds like, and how he behaves.

Female founders are still often expected to ‘man up’ and embrace the way men do business, while avoiding the pitfalls of being considered ‘too assertive’ or ‘too bossy’. There are times when I’ve had to ‘man up’ as a young professional to carve out my space, but I’ve also spent a lot of time trying to understand how men and women complement each other in the working environment. It’s crucial that we fight our own ideas of gender roles that have been shaped by the historically male-dominated business world.

The image of working men and women began to be challenged in the late 20th century, as more freedom was given to women and access to further education, resource and capital improved. Some iconic female businesswomen and entrepreneurs started emerging, but even today, female founders are highly underrepresented.

The thing is, we know that gender balance is not only a societal issue – it is also an economic imperative. A study by the International Monetary Fund published in 2019 revealed that the economic gains of gender inclusion are bigger than imagined. From a macroeconomic, sectorial, and company-level perspective, data shows that women and men complement each other in the production process, creating an additional benefit of growth from increasing women’s employment.

It makes sense from both a business and social perspective to embrace gender balance and proactively boost female representation in your startup. According to a 2018 World Bank study, closing the pay gap worldwide and achieving equal participation in the workforce could increase the size of the economy by some $160 trillion – almost double the then global GDP. In the startup ecosystem, research by the Kauffman Foundation shows that tech companies led by women are more capital-efficient, achieving 35% higher ROI and 12% higher revenue when they receive investment from venture funds.

So, what does this mean for startups?

Achieving gender balance in your startup begins with workplace culture. Culture is a crucial factor in shaping people’s mindset when it comes to embracing and leveraging the upsides of gender diversity. Startups need to prioritize the creation of new narratives to embrace the ideas of gender balance in the workplace environment. Not conflictual and negative narratives, condemning old habits, but positive ones where new rituals and perspectives can generate more prosperity (and happiness!) for everyone by taking advantage of the complementarity of men and women.

Policies should always flex around people first. Founders, both male and female, need to be intentional about building their team and fostering the next generation of female talent. On a practical level, there are a few policies that all startups can implement to boost gender representation in the workplace. These include:

Today, investors are increasingly being pressured to consider ESG performance and diversity in their decisions. This is a result of years of campaigning awareness raising by both men and women. But we still see that female investors are most likely to invest in female founders. With uncertainty brought on by the pandemic, the overall investment community has taken a step backwards in the past 18 months, with the number of female founders being funded regressing to pre-2019 numbers.

Boosting female representation in the startup world is an ongoing challenge, which requires time, commitment and goodwill on many fronts. This is not going to be easy, but there are compelling reasons why it makes sense for all founders and startups to put gender balance at the heart of the business.

Julia Profeta Johansson
Julia is an impact investor who has built her career across banking, tech and venture capital. After starting her financial career in investment banking, Julia worked with the Nobel Peace Prize winner, Muhamad Yunus, became a partner at impact investing VC, Vox Capital, and founded Ella Impact, a global female impact network. Julia is passionate about impact at scale through capital and content, which materialized through the founding of Remagine.
RELATED ARTICLES
Know-How