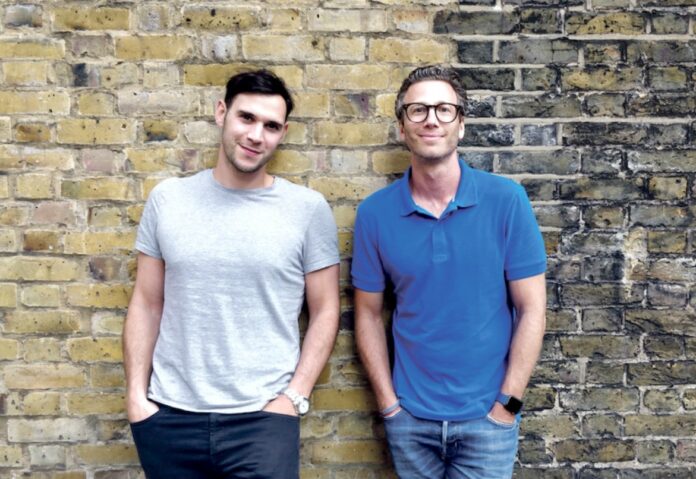 Collective Benefits, the insurtech solving the protection gap for independent workers, announced today they have raised a new round led by NFX, a leading Silicon Valley venture fund. Alongside this investment, renowned British entrepreneur Pete Flint OBE, a General Partner at NFX who was on the founding teams at companies like lastminute.com and Trulia, will be joining Collective’s board.

The London-headquartered startup plans to use the investment to further expand its reach across Europe, double the size of its team and develop new products and services for independent workers and the on-demand companies they work with, addressing the growing demand for insurance and benefits in the platform economy.

While Collective has already innovated in building fully flexible insurance and benefits specifically for independent workers, from sick and injury pay to family and compassionate leave, this fundraise will allow the company to develop even more products to protect independent workers’ physical, mental and financial wellbeing, from public liability insurance to pensions.

The investment from NFX comes a year after Collective raised its seed round, taking the total raised since it was founded to just under €11.7 million. All of Collective’s existing investors followed on in the latest round, including Stride VC, Delin Ventures, Insurtech Gateway and executives from Uber, Deliveroo and Urban.

The investment in Collective comes at a time when the on-demand economy has substantially expanded. Collective, which provides insurance and benefits to more than 200,000 independent workers across 20 countries, recently estimated (using data from the Office for National Statistics) that the UK alone has an independent workforce of 6.6 million people and a further 21m across the EU.

Yet with the freedom and flexibility of independent work comes a fragile financial existence: in a recent survey of over 10,000 drivers, riders and couriers, Collective recently found that nearly a third had no savings at all, while a further 58% had just £1.5K (around €1.7K) compared with national averages of £6.7K (around €7.9K). This is particularly concerning given that only 4% of independent workers have protections like sick pay and injury pay to fall back on if needed.

This problem is something Collective is already addressing, working directly with on-demand platforms like TaskRabbit, Stuart and Wolt, among others. On the back of this new funding, the scale-up plans to grow their member base to provide protections to ten times more independent workers in the next year.

Anthony Beilin, CEO and Co-Founder at Collective Benefits said:“We see NFX’s investment in Collective as a major vote of confidence in our ability to solve the protection gap problem for tens of millions of independent workers across the UK and Europe. With its focus on network effect businesses, its technical capabilities in insurance and its well-deserved reputation as a leading early-stage VC, we felt that NFX was an ideal partner to help Collective on the next stage of our growth journey.”

Pete Flint OBE, General Partner at NFX said: “I’m thrilled to have brought Collective Benefits into our portfolio at NFX. We like to partner with the startups that will define their category. Collective is a fantastic fit in that regard: a market leader that’s solving an as-yet unsolved problem – the missing safety net for independent workers – in a way that creates a win-win outcome for both independent workers themselves, and the platform companies they work with. At NFX, we are fortunate to partner with a number of world-class companies in the on-demand economy. We firmly believe that Collective has an opportunity to transform both the insurance and the on-demand economy with a blend of groundbreaking tech and razor-sharp insurance capabilities.”

wefox Co-founder and Group CFO Fabian Wesemann will speak at our EU-Startups Summit on May 12-13 in Barcelona!