“Micromobility gives more personal choice to people in the way that they move”: Interview with investor Per Brilioth, CEO at VNV Global 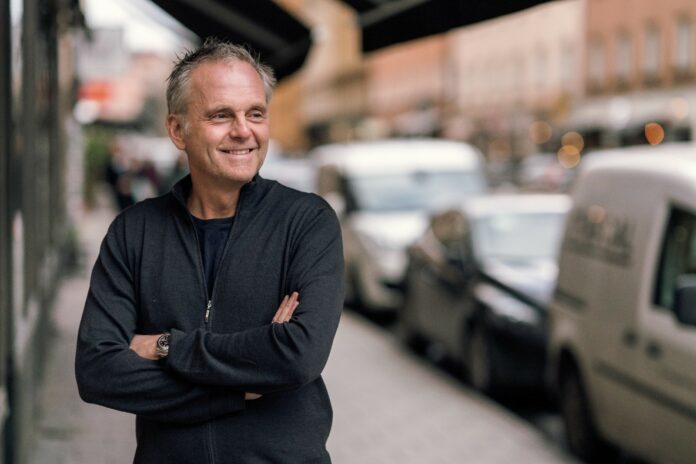 Transport-related issues are of utmost importance to cities around the world as they look for ways to get to carbon neutrality while improving their efficiency for their citizens. More than half of the world’s population now lives in cities, and projections indicate that urban areas will account for 60% of global population by 2030.

Cities are growing in number, population and land area. In 2018, there were 548 cities with at least 1 million people, and that number is expected to grow to 706 cities by 2030. Similarly, the number of cities between 500,000 and 1 million people is expected to grow from 597 to 710 from 2018 to 2030. It should come as no surprise that increasing population in cities is straining urban transportation systems.

VNV Global (previously Vostok New Ventures) is a Swedish tech investor that has made many transport investments in the last couple of years. We’ve decided to catch up with Per Brilioth, CEO at VNV Global to discuss how the transport challenges faced in cities are being addressed by transport-focused tech startups.

VNV Global has invested in well-known and fast-growing mobility companies such as Voi, the Swedish e-scooter startup which operates shared e-scooters in 50 cities in 11 countries and it recently led a €95 million investment round in BlaBlaCar, the French car-sharing business that operates across 22 European markets and has 105 million members. VNV is also an investor in SWVL, the Egyptian digital transport platform, which offers transit as a service to governments including those in Jordan, Saudi Arabia and the UAE, to help them make public transport provision better.

Hello Per, it’s great to have you here with us today. Could you please give us a short overview about your personal journey and how you came to lead VNV Global as CEO?

For six years I was head of the emerging markets section at a Swedish investment bank, Hagströmer & Qviberg where I worked on investments, including in the Russian stock market, for a number of years. A few years after Vostok New Ventures was founded, I joined and became managing director. VNV Global, as the firm is now known, is a way for private investors to have exposure to early stage technology companies through a stock market listing. Even though we still invest in Russia, we now see many more opportunities in Europe and the emerging markets of North Africa and the Middle East where we believe there is a significant return on investment to be made, particularly in new forms of software-enabled mobility.

VNV Global is a Sweden-based investment company, could you tell us more about your investment philosophy and what you’re looking for in companies?

Our focus is to apply our experience in operating and investing to seek out high potential companies in local markets. We back software and technology startups and their founders that are disrupting the business world and see a lot of activity in both the developed European markets and emerging markets.

We have a particular focus on online marketplaces and businesses with strong network effects and we have made many investments in mobility, including in e-scooter company Voi Technology, carpooling and bus company BlaBlaCar and SWVL, a bus operator that operates in Pakistan and Middle East and North Africa. Some parts of the B2B world are still not using tech at all and we are seeing a rapid digitisation which is creating a lot of interest and demand for technology solutions.

So, diving into the transport question – we have seen micromobility companies like Voi emerge in recent years. How is microbility changing the face of cities so far? Where do you think this is going to go in the next ten years?

The COVID-19 crisis meant that people were reluctant to use public transport and this has created an opportunity for new forms of transport to flourish, including electric micro mobility such as e-bikes and e-scooters.

Physically, we are seeing cities adapting their infrastructure rapidly to provide more space for bikes, e-scooters and walkers. With a new reality of working from home and people staying in the suburbs rather than city centres, the potential for small personal electric vehicles has suddenly been made real.

Micro-mobility gives people more personal choice in the way that they move – the vehicle adapts to their life, rather than them having to adapt to the mode of transport. For instance e-scooters like Voi’s allow people to make longer journeys, without having to choose a car. Overall, this helps to keep harmful emissions from vehicles down and means cities can achieve better air quality for the people who live there.

As populations grow, existing transport infrastructure is under even greater strain. Electrification is the obvious trend in cities and as a transport investor we encourage it, however cities need to spend more on infrastructure if this is to be a workable solution for many people.

We like companies that become stronger, the more people use them. In e-scooters this has been demonstrated by the growth of usership at Voi Technology. The bigger the network – i.e. the more scooters there are and the more places you can go on the scooter – the more people are inclined to use them. However, the e-scooter market is evolving from a B2C market to a B2B2C market. Regulators are licensing just a small number of operators or even exclusive access to city markets, and therefore can control a company’s growth. This means when an operator like Voi secures exclusive access to a city, it is very hard for any other operator to compete.

Transport regulations in cities vary a lot between countries, even in Europe. How do regulations of the e-scooters benefit particular operators?

Generally the increase in regulation is helping operators to become more profitable in those markets where they have access. We are seeing fewer operators who are able to optimise the number of e-scooters on the streets – this is leading to high usage rates, which is better for the planet and better for cities as there are fewer vehicles standing idle.

Coming to BlaBlaCar, the French business is now one of the world’s leading car sharing companies and is moving into digitising bus and public transit services. Could you tell us how the pandemic has exacerbated the shift away from ownership of cars, so that people want to have the advantages of having access to a vehicle without the hassle?

When people were stuck at home I believe many of them realised that they had spent or were spending a lot of money on a depreciating asset that they rarely used. BlaBlaCar gives you the possibility of having access to a car and longer distance trips without the cost and hassle of ownership. For those who live in cities, owning a car is just too much trouble what with new taxes as well as upfront costs.  Also, car technology is changing very rapidly right now – with cities and governments banning internal combustion engines – so there is another incentive for consumers to choose a method of transport that allows people access to a car without forcing them to put a lot of capital into a technology which may not survive or be the best.

BlaBlaCar recorded 50 million passengers in a year where people basically did not travel. In your opinion, why did people turn to car-sharing options? What does it tell us for the future as vaccination progresses and travel restrictions are lifted?

BlaBlaCar saw double-digit growth in its markets outside of Europe and is expecting a strong travel rebound in Europe this summer. The pandemic tested the travel sector to its limits but BlaBlaCar’s community, which offers users zero fixed-costs and a flexible network, was a clear winner. People wanted to avoid flying or using public transport, so they turned to car-sharing as the safest possible way to make a journey. As vaccinations roll out across Europe we expect to see strong recovery in demand for our services. People will want to enjoy the European summer but with many restrictions still in place, travelling by car is safer and more flexible.

Would you share a bit more about how carpooling fits into BlaBlaCar’s business model and how the business has a dual pronged approach to providing transport – car pooling and digitization?

From the outset BlaBlaCar was designed to give people the freedom to travel through sharing resources. Bus travel is also a shared vehicle but we believe it can be brought up to date and digitised so that it is both useful to a younger generation who do not own cars and flexible.

Ultimately, BlaBlaCar is a global mobility marketplace benefitting from a unique and unreplicable source of supply, incredibly high community engagement and a strong brand. It does not need to be solely focused on private cars.

VNV Global is also an investor in SWVL, the Egyptian digital transport platform supporting governments in the Middle East to make transport provision better. What is driving VNV Global’s transport investment strategy and how is it transforming transport in multiple European and Middle Eastern markets?

We like sectors with high barriers to entry where we can see long-term returns – and mobility is one of these. But across all sectors the scope for improvement is highest where information and choice are limited and that is why we like investing in emerging markets, both in Europe and in the Middle East and North Africa.

In North Africa and the Middle East people have lower levels of personal wealth and are therefore heavily dependent on public transport. SWVL is a premium alternative to city transportation allowing commuters to book seats on bus lines through an app. Network effects arise as more users are attracted to the service, the more bus owners will want to offer their supply, resulting in more routes and ultimately snowballing into more customers. SWVL is now one of the biggest bus and ride hailing companies in the world, if not the biggest, in the tech-enabled mass transit space. It operates in emerging markets including Egypt, Saudi Arabia, Kenya, Pakistan, the United Arab Emirates and Jordan.