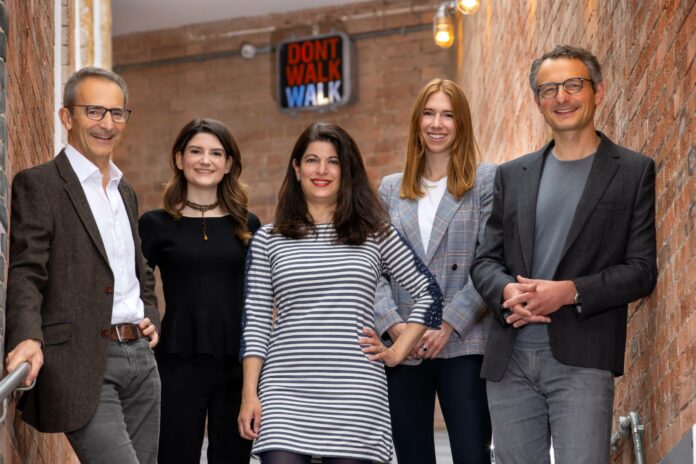 After more than 20 years focused on backing Europe’s most ambitious early-stage founders, Balderton Capital is launching a dedicated growth fund to extend its support to European founders scaling the next global tech giants.

While this is the first time the firm has expanded to a completely new stage of primary investing, Balderton already holds one of the largest growth stage portfolios in Europe,  having backed some of Europe’s most successful startups from a very early stage.

Balderton sees an unprecedented opportunity for growth stage investing in Europe. Along with a maturing technology ecosystem, market disruption caused by the coronavirus pandemic has favoured innovation. They state that the number of deals between around 4 million – 40 million in Europe has been growing steadily year-on-year, with deal counts in those ranges now accelerating faster than in the US; ten years ago, the US was doing five times the number of venture deals compared to Europe, and today that ratio has more than halved. All indications point to more high quality European companies reaching a stage of maturity where they need experienced European growth capital.

“I’ve been an investor at Balderton since 2008, and it has been incredible to see the increasing number of ambitious European founders, and to be able to support them financially through those critical first three to five years with our early stage funds. With this Growth Fund, we can now support them as they scale to become global industry leaders. We predict a $50 billion growth opportunity in Europe in the next three years alone, and we want to be the first choice for those ambitious founders,” said Bernard Liautaud, Managing Partner.

The fund will target exceptional companies at the early-growth stage and is sector-agnostic. Balderton expects to invest between around €20.5 million and €41 million per company through both primary and secondary investments.

Rana Yared, General Partner, added: “Our approach for this fund will be ‘one of few’. This means personalised attention from the entire partnership, plus access to Balderton’s leading platform team. We’re looking for fifteen or so really exceptional companies that have the potential to be sector leaders and disrupt global industries. ”

Balderton Growth I will be led by a world-class team of experienced investor operators:  Balderton’s Managing Partner, Bernard Liautaud; General Partner David Thévenon, previously at Google and Softbank; and General Partner Rana Yared, previously at Goldman Sachs. This team brings exceptional experience to share with Founders, having been on the board of global giants across Europe, Asia and the US, including Grab, SoFi, Lemonade, Talend, THG, Tradeweb and Unqork.

Balderton’s Growth team will also be supported by the firm’s equal Partnership. Balderton’s Partners are equally vested in every Portfolio company’s success, and all founders benefit from access to the full team’s experience and support.

Portfolio leadership teams will also have access to Balderton’s wider team, which has now grown to over 50, including functional specialists in marketing, talent, legal and finance, and 23 investors across key European hubs including London, Berlin, Paris and Stockholm.

David Thévenon, General Partner at Balderton said: “We have been lucky enough to have spent the past two decades deeply embedded in the European tech ecosystem, working with hundreds of extraordinary founders. Our partners are a mixture of financiers, tech operators and founders themselves, and together we have a deep understanding of the opportunities and challenges of scaling globally from the continent. This fund will allow us to expand our support, not only to our existing portfolio but also to Europe’s most promising future global leaders.”