Antler, which launched in 2017 in Singapore, invests in exceptional people building the defining companies of tomorrow. The Antler Nordic fund will continue to invest in innovative startups in Sweden, Norway and Denmark, with strong and complementary co-founding teams, validated business models and global potential. Antler also recently announced that its investment strategy in Denmark would focus on backing green, sustainable companies.

Oscar Westergård, Partner at Antler Nordics, explained further: “We’re experiencing rapid growth. Since the start, we’ve invested in over 60 companies across the Nordics and it feels truly inspiring to close an oversubscribed fund, allowing us to continue to invest in groundbreaking ventures.”

To this date, venture capital firms such as FJ Labs, Inventure, Luminar Ventures, London Venture Partners, J12 and Propel Capital along with an impressive number of angel investors, have invested together with Antler in their portfolio companies in the Nordics.

Jonathan Sibilia, Partner, Head of Secondaries and Fund of Funds at Draper Esprit, said: “Antler is pioneering a new model of talent investing by selecting the world’s most exceptional founders, from serial entrepreneurs and industry leaders to top tier technologists and operators, and then building a network around them. At Draper Esprit we want to ensure we’re partnering with the best businesses early on, and supporting Antler Nordic enables us to do exactly that with a proven formula comprised of specialist teams in prime locations throughout Europe.”

Anders Hammarbäck, Partner at Antler Nordics, continued: “We’re thrilled and proud to have so many renowned investors join forces with us. Now, we are looking to collaborate with individuals, entrepreneurs, politicians and corporations that want to make the Nordics one of the best regions in the world to build new companies in, and support founders from an early stage to work with us.”

Anne Solhaug Tutar, Partner at Antler Nordics, added, “It’s wonderful to be able to continue supporting exceptional entrepreneurs through our model, regardless of factors such as background, gender and age. Still today, merely 7% of venture capital in Nordics is invested in companies with at least one female co-founder. At Antler Nordics, this number is 43%”.

Antler continues to take an active role in supporting their portfolio companies in scaling up. Many of Antler’s startups have continued to raise further capital, including Skyqraft (AI system that automatically detects powerline equipment and powerline issues that has raised a USD 2.2M seed round), TradeBay (global B2B marketplace for fruit trading), NAG Studios (game development studio for competitive games) and Teemyco (Future of Work- and SaaS platform for virtual offices). Now, Antler is also focused on finding the right strategic partners to work with. 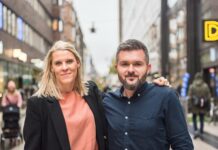 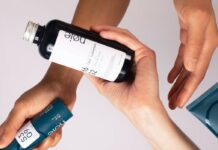 Amsterdam-based Creative Fabrica raises €5.7 million in its quiet takeover of the US crafting m... 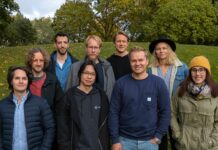