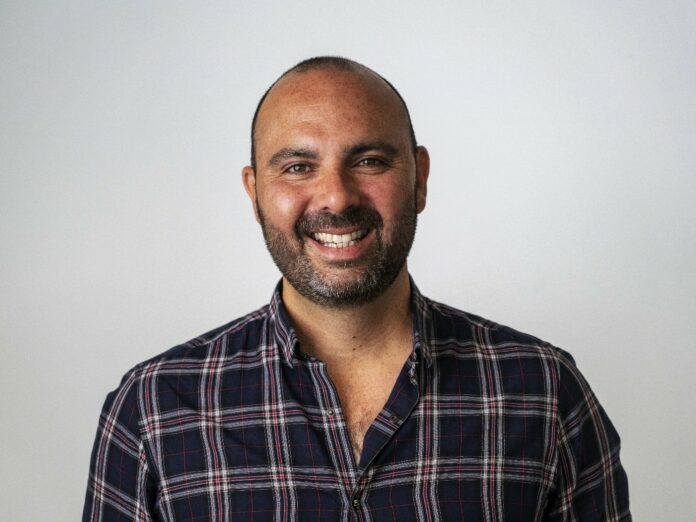 Artificial intelligence is transforming every walk of life and impacting the future of almost every industry. Not only can it make a lot of tasks easier, but it is evolving all by itself.

With all these new technological developments, it seems AI is also changing the way we make music. Can machines actually create music? If so, what does that mean for professional human musicians? Will they be made obsolete?

We sat down with Loudly’s founder and CEO, Rory Kenny, who is keen to tell the positive story of his vision. His dream was to build the world’s first ‘AI Music Studio’ to incorporate collaborative and adaptive AI technologies in order to empower creators to further achieve their musical goals. Founded in 2020, Loudly’s AI music engine allows you to generate songs for your personal and commercial needs, having grown already to 32 employees.

With a wealth of experience in the world of tech and a passion for music, he entered one of the most burgeoning sectors nowadays – with AI Music – and is convinced that AI technologies like neural networks could become a creative foil for musicians.

Thank you for joining us today, Rory! First thing’s first: How did you get into the music industry and what is Loudly’s story?

I have always had a passion for music, even from a young age. I spent a lot of my teens and early 20s playing in some very noisy art-rock bands and was lucky enough to tour around North America and release several albums. But at the same time, I had an interest in the world of tech, so I decided to eventually pursue a career down that path and keep music as my hobby.

It proved to be the right choice as I have been fortunate enough to work at some of the world’s biggest tech companies, including Trip Advisor and Orange France-Telecom. But, at the back of my mind, I always had this desire to merge my love of music with my experience of tech.

In 2016, I took up the role of Managing Director for Just Add Music (JAM), a Berlin-based startup that made music creation more accessible to anyone with a smartphone. While at JAM, I worked closely with Gabriel Hacker (Loudly’s CPO), who was incredibly enthusiastic about recent advances in AI technology.

We realised there was a huge gap in the market for a platform that seamlessly delivered customizable royalty-free music for the growing Creator Economy. The clinch was that we had to make it instant and easy in order to cater to non-musicians.

In parallel, we strongly believed that AI technologies would play a transformative role in the future of music. And so the idea for the platform was born. We took this idea to our investors, and they agreed to support our vision. In 2020, Loudly was founded with a mission to deliver music solutions for the creator economy, which operates across a rapidly evolving digital universe.

What is your opinion on the environment for starting a music technology company in Berlin?

I am originally from Montreal and have been lucky enough to study, work and live in some great places around the world, including London, Boston, and Paris. And I have to say Berlin is up there with the best cities, especially when it comes to innovation and music.

Berlin is often dubbed the capital of electronic music with a thriving nightlife – all true! As a result, the city is filled with exceptionally talented music producers and creative people, making it ideal for Loudly. On the flip side, it has this exciting tech and startup scene where we have seen some great success stories such as Soundcloud and Eyem – which are also both ‘creator’ focused tech companies. So I think in some ways, Loudly is another evolution in the Berlin tech scene of a company that puts the creator at the heart of its mission. This mission allows us to draw world-class talent so that we can compete with more established start-up areas such as Silicon Valley.

The AI music industry is a bustling one. What differentiates Loudly from other AI music making tools? How does the platform actually work?

One of the things we are most proud of is that our music catalogue is 100% created by human producers, i.e. studio-quality sounds that have been meticulously crafted by our team of talented music producers across a wide variety of genres. It’s really important to me that we fuse real human music with AI tech.

Secondly, since we decided not to purchase licensed music from the major labels, we therefore own 100% of our own catalogue rights. By owning the rights, we, much like the hard-working influencers who drive the Creator Economy, can remain independent from the traditional music industry and chart our success on our own terms. Moreover, the independence of our AI catalogue allows creators to use and adapt the music for any kind of project for any digital platform. No restrictions, no limitations, no more takedowns – creators can just get on with their own goals!

To describe how it works, our AI music engine allows you to generate songs for your personal and commercial needs. With the help of AI, creators can produce complex music compositions based on a few user inputs such as the desired genre and length of the track. Our AI music engine then generates a song in under 5 seconds. To create that song, the AI does about 5,000,000 calculations and draws on a pool of over 120,000 audio files from which tracks can be instantly generated, modified, and exported in WAV, MP3, and Stems. It can do it that fast because the AI has been trained using a catalogue of over 8 million songs.

What are the goals you’ve set for the company?

Our brand mission is to revolutionise and improve how millions of people across the world can create, discover and experience music every day. What we want to do is support the growing numbers in the creator community made up of influencers, YouTubers and content creators who find themselves unable to afford the royalties on mainstream music and often have their videos taken down by the platform as they don’t adhere to this. At the same time, someone who created a channel to share their knowledge of, say, make-up tutorials or gaming won’t be able to confidently or easily produce original music to accompany their content.

We, therefore, see Loudly as the platform that delivers the best music solution for Creators so that they connect more deeply with their followers.

At the same time, we want to become a valuable resource for the producer and composer profession by providing a tool that can improve their workflows. One of our collaborators actually creates music for Netflix, and he currently struggles to keep up with the demand for his music services. He asked me if we were building an AI solution that could help him work faster, cheaper and better. I loved it because that’s exactly one of our key goals: to bring ‘hyperspeed’ to music creation and empower creators to achieve their own musical goals more efficiently.

Is this the end of music as we know it? What is the feedback you’ve got from artists and fans so far? What will be the role of humans in music AI?

Depending on which artists we speak to, we do get varied responses ranging from shock and fear to absolute excitement. The general music industry response is that AI is potentially a threat to traditional music production and incumbent rights ownership structures. I like to look at it differently, and the example I use is very simple: when the first Digital Audio Workstation was launched in 1991, this signified the immediate shift from an analogue music era to the digital music era. This shift was significant as it has radically democratized access to music creation by enabling anyone with a laptop or phone to create music. The culmination is that now in 2021, there are 100 million creators uploading 50,000 songs per day to the streaming sites.

I fundamentally see a similar positive shift coming with the advent of AI in music. By definition, since we launched AI Music Studio in 2020, the era of AI music is now already here! …and one can only guess at the ramifications over the next decade or so. If the premise is that AI will make music creation easier – then I believe that the 100 million creators who make music today will increase by a factor of 10X by 2030, i.e. I predict 1 billion people will use AI and other software to create music!

Loudly’s AI Music Studio is the world’s first collaborative music platform based on artificial intelligence. It was developed toempower creators to further achieve their musical goals. AI makes it possible to automate certain manual tasks like selecting audio loops and configuring them into a coherent composition structure. We then allow creators to generate instant variations like energy level and harmonic progression, which takes even the best musicians lots of time and effort to accomplish. But in the collaborative vision, we want to go further and ultimately let any music creator blend their original music ideas or melodies into our AI, which would then generate tracks that can retain the human context. So in this respect, AI tech is made to enhance human endeavour rather than replace it.

What are the biggest challenges for AI generated music?

Probably changing perception as we’ve touched on. AI music isn’t here in place of traditional music. Instead, it’s here to enhance and complement it. The reaction it gets may slow down its growth, so I think changing those opinions will be instrumental in its success over the next few years.

We also may see platforms enter the space that perhaps don’t understand the importance of a foundation of traditional music production, which could potentially lead to poor quality tracks. As an industry we want to make sure that AI music is true to form and contributes rather than degrades. It will be down to the users and producers to champion the providers who have music at their heart and not just trying to make money.

Last, but not least, what does the future of AI hold for the music industry?

In the next few years, we will see AI increasingly becoming more integral in the music industry. It’s likely we will see it used more in commercial music production in addition to the likes of the content community and producers.

The big thing coming is the Metaverse or all future immersive digital landscapes, which enable users to modify and create their own worlds. Technically, these immersive landscapes are composed of basic elements like virtual bricks, cars, colours or outfits. In taking this approach, users can customize their experience and build their own world using the existing components. But this hasn’t happened to music yet, and it’s something we’re looking into!