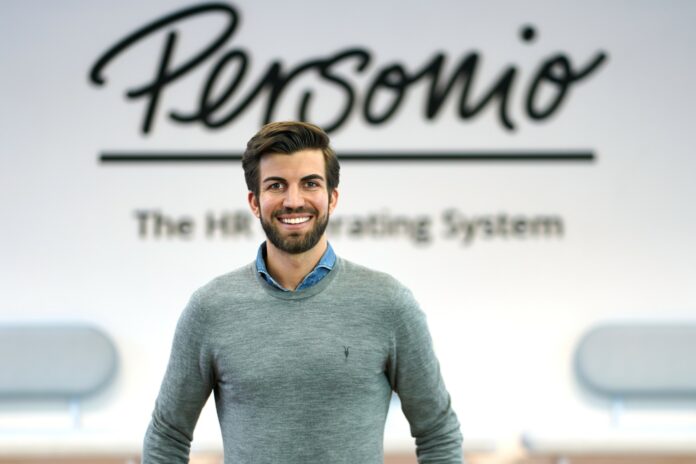 Munich-based Personio, the all-in-one HR platform, today announces approx. €103.5 million of new and preemptive Series D funding in an investment round that values the business at around €1.4 billion.

The new funding will accelerate further the scaleup’s international expansion, supporting its ambition of becoming Europe’s leading HR platform for SMEs. It follows a strong year of growth for the business in 2020, which saw it double revenues despite adverse market conditions.

Founded in 2015, Personio offers an all-in-one HR software for small- and medium-sized companies with 10 to 2,000 employees. Its mission is to make HR processes as transparent and efficient as possible so human resources team members can focus on the most valuable assets in the company: the people. Personio’s software includes human resources, recruiting and payroll and supports all core HR processes every business needs to do. Personio is already helping more than 3,000 SMEs across Europe unlock their productive potential by digitizing and automating their people operations.

The latest funding was led by existing investor Index Ventures, which has previously supported high-profile software companies including Slack, Dropbox and Zendesk to their IPO. All of Personio’s other existing investors – Accel, Lightspeed Venture Partners, Northzone, Global Founders Capital and Picus – participated in this latest funding round.

They have also been joined by Meritech, which has a long-standing track record of backing highly successful SaaS companies, including Salesforce, where they were the first outside investor, as well as recent high-flyers Datadog, Snowflake and UiPath.

The funding round comes only twelve months after the business received around €67.6 million Series C funding, in a round led by Accel. The new capital will enable Personio to increase its expansion across Europe and focus on the further development of its cloud-based software, as it builds Europe’s leading HR operating system for recruiting, personnel administration and payroll for small and medium-sized companies.

Personio’s plans for the coming year include further enhancing the product’s core capabilities, launching the Personio Marketplace with new integrations in Q1, continuing fast growth across Germany, Austria and Switzerland, and doubling down its investments in markets that the business entered in 2020 such as Spain, the UK and Ireland, the Nordics and Benelux. In 2021 it will also enter new markets, including France and Italy. In additional, it planes to double its international headcount from 500 to 1000 by the end of 2021, across its four offices in Munich (HQ), Madrid, London and Dublin, where its new international sales and engineering hub has been established.

While the funding also provides the option for further acquisitions, such as the purchase of Rollbox in 2019, there are currently no M&A activities planned and the focus remains on continued strong organic growth.

Hanno Renner, co-founder and CEO of Personio commented: “While the past year has proven difficult for many industries and businesses, it has at the same time accelerated the digitization of small and mid-sized businesses. It has also showcased the important role of HR teams, especially while so many of us continue to work remotely. We are grateful for a strong year in which we could grow to serve over 3,000 European SMEs. By further expanding our platform, we’ll continue to support our customers in tackling their current challenges and beyond.”

“This preemptive investment comes earlier than we had anticipated, as we’re still well funded from our previous round in January 2020. Such strong interest and support from our investors demonstrates not only the value of Personio’s offering, but also the huge potential the business has for further development and growth in the future. We are only scratching the surface of the market potential.”

Martin Mignot, Partner at Index Ventures and Personio Board Member said: “SMEs are the backbone of the European economy, employing 100 million people across the continent, but it is also a sector that has been neglected by software companies focused predominantly on large enterprises. Personio changes that, having created a set of powerful tools tailored to address the needs of small businesses. Under the leadership of the company’s co-founder Hanno Renner, Personio has quickly become one of the most impactful and impressive businesses in Europe, and we’re thrilled to be working with him and the team as they scale and respond to rising demand for their products.”

Alex Clayton, General Partner at Meritech Capital and Personio’s newest Board Member said: “We have had the pleasure of working with some of the most successful SaaS companies in the world, and given Personio’s success over the past five years and the immense market potential, we strongly believe in Personio’s ability to build an equally successful and impactful business. After many great discussions with Hanno over recent years, we are now excited to be joining the journey.”

The latest valuation places Personio among the most valuable private software companies in Europe as it joins the likes of UiPath, Revolut, Deliveroo or Klarna in the ranks of European startups with a valuation of more than $1 billion – the ‘unicorns’.