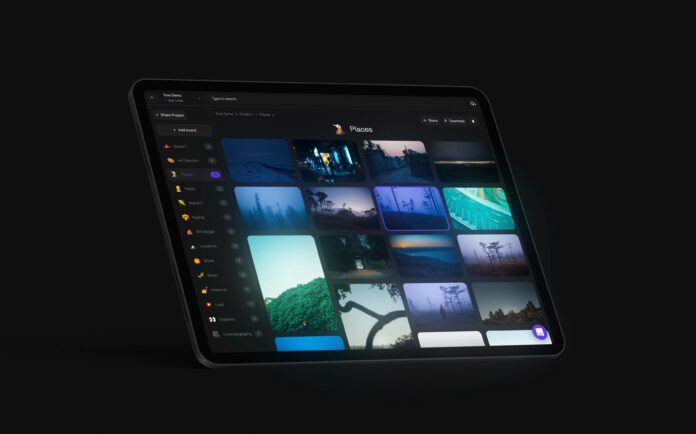 Kive, a company that enables creatives to collect visual assets in a library that self-organises through machine-learning, today announces it’s closed a €1.5 million investment round, co-led by EQT Ventures and Creandum, for whom this is their 100th investment. The funds will be used to strengthen the team across Europe and iterate on product.

Powered by artificial intelligence, Kive’s technology automatically categorises and organises visual assets by styles, environments, objects and lighting, as well as actions, faces, types of shot (such as close-ups), time of day and thousands of other concepts. Kive’s technology can even recognise human emotions, so users can categorise content according to the subject’s emotional state. Uniquely, rather than limiting creatives to static categories, the library shapes itself around each user’s content, so the technology tailors itself to each individual. Target users include filmmakers, designers, photographers, architects, fashion stylists, publishers, and e-commerce brands, and anyone who works with visual content.

Kive’s platform is cloud-first, available everywhere, and tool-agnostic. This enables Kive to function as a meta-layer for visual assets from multiple sources, thereby becoming the default base library for creators. As the place where creative assets are stored and managed, Kive also enables easy sharing, doubling as a portfolio and presentation tool while connecting to social platforms.

Originally conceived in 2018, Kive was designed and developed by CEO and founder Olof Lindh. A film director with a passion for technology, Lindh moonlighted as engineer and single-handedly built the beta product on nights and weekends. As the project grew, more creatives started using the tool, so Olof decided to wholeheartedly focus on the new venture.

Olof Lindh, CEO and founder of Kive, commented: “As a director in creative environments, I experienced first-hand how powerful a creative library can be, and how great ideas get stifled because they’re difficult to share – which is why I built Kive. Imbued with a creator-first ethos, the vision is to help make creators’ lives easier and more fun with great collection and presentation tools – all of which helps power better ideas. I am delighted to be partnering with EQT Ventures and Creandum, who are as passionate about empowering human creativity through technology as I am.”

Ted Persson, Partner at EQT Ventures, added: “With the explosion in new creators and visual content, Kive is tackling a market that’s currently underserved by software. Creative asset management and collaboration remains a time-intensive problem, demanding countless hours from busy creatives, whether they’re established professionals or burgeoning side-hustlers. Combined, these audiences create a multi-billion-dollar market that’s global in scope and rapidly growing. We’ve seen a few startups aiming for this market, but Kive got us exceptionally excited. Anyone interested in the intersection of creativity and technology should immediately join the team at Kive in their mission to transform the market.”

Fredrik Cassel, General Partner at Creandum and first backer of Spotify, concluded: “For Creandum, the seed funding of Kive marks our 100th deal – and it couldn’t be a more exciting one. Olof impressed us at first sight with his rare combination of being an incredibly thoughtful individual and having creative and technical talent to spare. Himself a creator, he is uniquely positioned to bring to market a new range of software genuinely aimed at like-minded creators. His laser focus on user experience has been missing from this industry and we’re delighted to support Olof in bringing Kive to a wide global audience.”