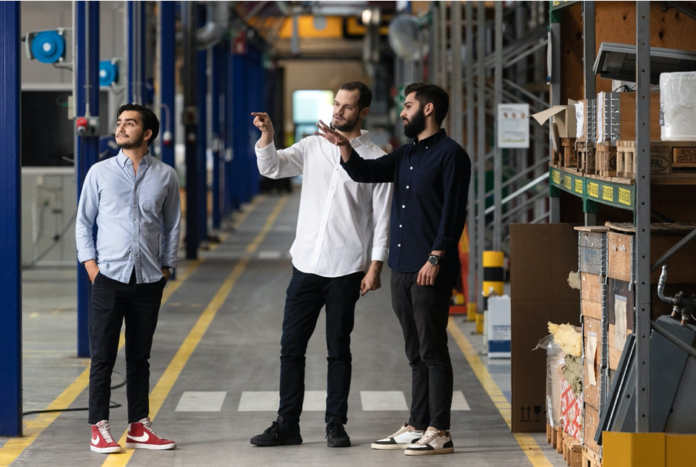 Founded in Denmark in 2016 by three Colombian entrepreneurs, Kaffe Bueno uses green chemistry and biotechnology to upcycle coffee by-products into active and functional ingredients for cosmetics, nutraceuticals, and functional foods. So far, their circular business model has yielded three products that are currently on the market: Kaffe Bueno Oil (a lipid used in personal care and food products); Kafflour (a gluten-free fibre- and protein-rich functional flour); and Kaffibre (an upcycled natural exfoliant for cosmetics).

Kaffe Bueno Oil, which is sold as an active ingredient for anti-ageing, moisturizing, and protective skincare due to its richness in antioxidants and essential fatty acids, can be found as an ingredient in cosmetic brands across Denmark, United Kingdom, The Netherlands, Germany, Austria, and the US.

“The power of coffee is amazing. Growing up in Colombia, coffee is much more than a beverage, we use it for everything: wounds, skincare, desserts, you name it”, said Juan Medina, CEO and one of the three founders of Kaffe Bueno. “Our goal is to play an important role in the up-and-coming bio-economy by unlocking the health potential of coffee, using its by-product and upcycle it into health-promoting ingredients. Our pure Kaffe Bueno Oil is already available globally for high-end personal care products, and our versatile Kafflour is being used for healthy baking. With this capital injection, we can really switch the gears and scale up production to meet customer demands and accelerate the development of our next wave of products”.

Kaffe Bueno plans to use the seed capital to launch new food, nutraceutical, and cosmetic ingredients into the market throughout 2021 and 2022, as well as scale up production cover IPR costs for patents and grow the team.

“Vækstfonden is thrilled to invest into this great sustainability case. It is more important than ever that we have companies like Kaffe Bueno who works with greener and more sustainable solutions. We have been following the case for a few years and have been impressed with the progress made. Now it is time to scale, and are excited to be part of this journey together with great co-investors,” said Otto Bjerg Hausgaard, Investment Manager at Vækstfonden.

“Kaffe Bueno is a perfect fit for PINC and Paulig, who also have been delivering coffee grounds to Kaffe Bueno for the past year”, said Marika King, Head of PINC. “At PINC, we aim to support startups with a strategic, financial, and societal focus and impact. Kaffe Bueno scores high on all of these parameters.”

According to Kaffe Bueno, almost 10 billion kilograms of coffee are traded yearly worldwide, and more than 30% is consumed in the EU. When brewing a cup of coffee, less than 1% of its health-beneficial compounds end up in your cup, making it also one of the most wasteful beverages. The remaining 99% left remains intact in the coffee grounds, which usually end up in landfills or use for energy production.

When the final destination of coffee grounds is landfills, as it is the case in most countries, they decompose and generate tonnes of methane, a greenhouse gas 25-86 times more harmful to the environment than CO2, according to the EPA. According to Kaffe’s press releases, the worldwide emissions of coffee waste are equivalent to the yearly emissions of 10 million cars, and incinerating them is even worse as it is well-known that this process generates a lot of CO2. Plus, the real value of coffee is still undermined.

Kaffe Bueno’s circular biorefinery model takes advantage of the whole spectrum (100%) of bioactive molecules within coffee and commercializes them as ingredients within the WellCare sector. To produce these, they use environmentally friendly technologies that recycle heat, water, and CO2, enabling emissions reductions in coffee’s value chain. By this logic, Kaffe Bueno is aiming at not only unlocking coffee’s full potential value, but further redistributing wealth across the value chain in a fairer manner.

Share
Facebook
Twitter
WhatsApp
Linkedin
Previous article
If your goal is to become rich, you shouldn’t start a startup. Here is why!
Next article
Reinventing the way people interact with machinery – Interview with Inxpect founder Luca Salgarelli