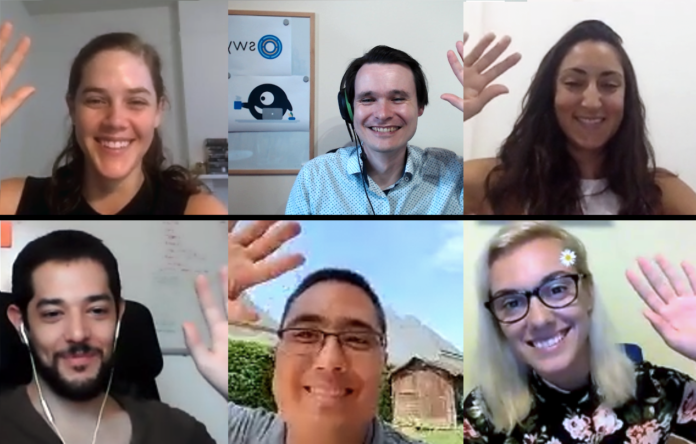 Irish startup Swyg, a platform that combines human insight with the efficiency of AI to reduce bias in recruitment, has today announced €1 million in funding. The round was led by B2B venture capital ﬁrm Frontline Ventures alongside angel investors including Charles Bibby (co-founder of Pointy) and Martin Henk (co-founder of Pipedrive).

At a time when in-person hiring practices have been grounded to a halt, Swyg has built a new way of interviewing that makes it easier for candidates to find the right job, and for companies to hire the right people.

Founded in 2018, Swyg empowers candidates to interview and review each other through a series of 1:1 video chats, using pre-defined structured questions. The peer-to-peer process draws on the expertise of a diverse group of individuals instead of relying on a single recruiter or hiring manager. Swyg’s AI technology then goes a step further and calibrates peer-interviewers in real-time to detect and correct bias and human error. Thus providing hiring managers with unbiased assessments and deep insights into both technical and interpersonal skills of their candidate pool.

In an increasingly automated industry, job applicants often miss out on opportunities because they didn’t have the right keywords on their profile. Poor automation methods only perpetuate bias and monoculture. Hiring companies, who spend €3.4K on average per hire, miss out on highly-qualified candidates because they make decisions based on flawed data (resumes/CVs). Using flawed data and taking too little time – hiring managers spend on average less than 2 minutes per CV – which lets bias creep into the process and leads to bad hiring decisions. As a result, over 20% of employee turnover can be traced back directly to bad hiring decisions.

On the applicant side, 94% of job candidates want to receive feedback from their time-consuming job interviews, yet only 41% receive it, hindering their ability to learn and grow. Swyg’s transparent, unbiased and collaborative peer-to-peer interview process ensures that all candidates receive feedback, while companies get better insight into their candidate pool.

Swyg launched their peer-to-peer interview tool for candidates at the beginning of August this year. So far, the startup has received a 5/5 rating and experienced a 226% increase in weekly candidate sign ups in August, compared to July.

Vincent Lonij, founder and CEO of Swyg, developed the hybrid solution created by Swyg because of the insight that current AI technology is not up to the task of judging humans directly. Speaking on the announcement Vincent said: “Swyg is on a mission to make hiring simple and human again by giving every candidate a chance to shine, regardless of background or origin. We want to make it easier for candidates to find the right job and for companies to hire the right people. The only way to achieve this is by combining the best aspects of human adaptability and AI efficiency in the hiring process. Every year more than 500M people globally are looking for work. In times of rapid technological change, or times of crisis such as now, that number is considerably larger. With people moving more frequently between career paths, traditional indicators for success are failing which is causing increased strain on HR functions. Simply trying to automate hiring is wrong because it dehumanizes the process. Swyg will thrive, because we put the human back in human resources.”

The remote-first team already works with companies such as IBM, Google, and AirBnB, among others. The funding will be used to grow Swyg’s technical and product team, as well as further develop its platform to ensure a great experience for users.

Finn Murphy of Frontline Ventures, invested in Swyg after meeting Vincent Lonij, “The way companies hire is fundamentally broken. Resumes, cover letters and other traditional hiring practices are ineffective at best. These dysfunctional practices often let bias creep into the hiring process, where the best candidates for the job often don’t even get past the first round. We were committed to invest in Swyg when Vincent laid out his plans to build a product to empower any exceptional candidate to shine and to bring some of the first real 0 to 1 innovation to the $160BN hiring market in over a decade. They are thinking about this problem in a totally different way to any other player in the market and we’re proud to back the talented team behind Swyg.”