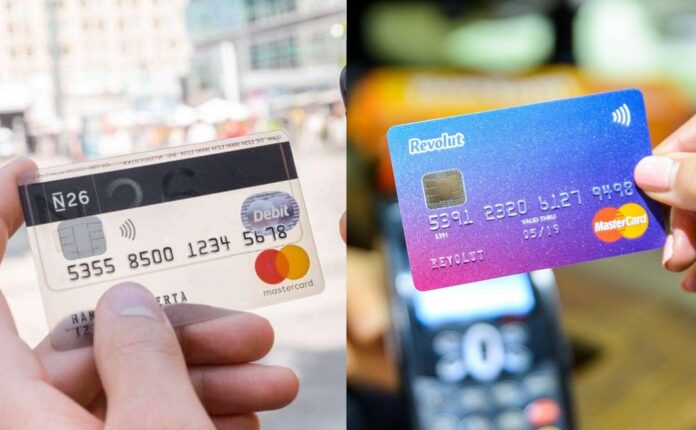 Dubbed as “challenger banks” not that long ago, the digital banks N26 and Revolut have acquired over 15 million registered users (10 million for Revolut and 5.5 million for N26) as of the first quarter of this year, putting both on a hyper-growth track. They also dominated headlines when they raised huge funding rounds in the last 6 months – N26 extended it’s series D round with an additional €92 million in May, bringing the series D total to around €520 million and an approximate €3.2 billion valuation, while Revolut raised around €460 million for its series D and an approximate €5 billion valuation in February.

Aside from the race to dominate the global markets in terms of registered users, app downloads and huge funding and valuations, how do these digital banks really compare against each other? Which one offers the best options for managing your money digitally? Which one is the best for travelling? What are the fees involved and how easy (or difficult) is it to open and maintain an account?

Check-out our side by side comparison of N26 and Revolut standard plans and see for yourself:

The free plans of both N26 and Revolut are convenient and less expensive alternatives to traditional bank accounts. Both offer flexibility for overseas transactions and international money transfers, as well as options for freelancers and small businesses. The main differences are that as N26 has a German banking license, deposits are guaranteed up to €100K while a similar guarantee is not yet available for Revolut in the EU and N26 does not charge anything for card transactions in foreign currency. Unlike Revolut, N26 is no longer available in the UK but has been available in the US by 2019, while Revolut became available in the US only in March 2020. N26 is available in both the web and mobile app versions, while Revolut is only in mobile app. Revolut has features that are not available in N26 like access to cryptocurrencies.

N26 was founded in 2013 in Berlin by Valentin Stalf and Maximilian Tayenthal, with the aim of making banking easier and more transparent for millions around the world. In 2015, it launched its first products with its free N26 bank accounts and N26 Mastercards in Germany and Austria. It secured a full European banking license from the European Central Bank in 2016 and in 2017 introduced its premium account with N26 Metal. As mentioned above, 2019 proved to be a banner year for N26 in terms of fundraising. This year, N26 has over 5 million customers across 25 markets, with a team of more than 1,500 employees across its main offices in Berlin, New York, Barcelona, Vienna, and São Paulo. In 2020, N26 closed their operations in the UK, citing Brexit as the cause.

Revolut was founded two years later than N26, in 2015 in London, by Nik Storonsky and Vlad Yatsenko. Its aim from day one was to become a global financial superapp. By 2016, Revolut registered 100,000 users and secured its Series A funding. In 2017, it launched crypto trading and Revolut for business as well as secured its Series B funding of around €55 million. Next up, 2018 saw the launch of its premium service Revolut Metal while in 2019, it launched donations (partnering with 20 charities) and trading which brought fractional trading to its customers. This year, it expanded to the US, secured a €460 million Series D funding, and enabled open banking that allowed customers to all their external accounts in one place. Revolut has surpassed over 12 million in customers across 35 countries with over 30 in-app currencies. It has over 2,000 employees across its 20 locations globally that include offices in London, New York, San Francisco, Paris, Berlin, Melbourne, São Paulo, and Tokyo.

From the beginning, N26 has positioned itself as a neobank, a digital and convenient alternative to traditional banking while Revolut on the other hand rather as peer-to-peer payments and currency exchange, more on alternative financial services not readily available with traditional banks. With its recent funding, N26 intends to double down on its most promising markets (EU, US, Brazil) while Revolut wants to double down on its core features, down to providing full bank accounts in Europe in the future, replicating the many services currently available in the UK. Revolut also intends to launch in the US and Japan.