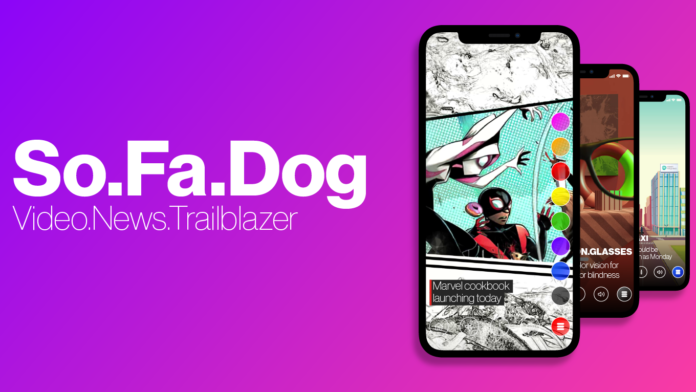 Video news startup So.Fa.Dog has announced closing an early investment round of €600K from 32 investors, including employees and the founders of the company.

So.Fa.Dog is an Estonian startup, founded in February 2020, which already has a team of around 40+ people from 17 different nationalities. The ambition of So.Fa.Dog is to change the way people consume news permanently by providing exclusive 10-second video news in a visually appealing and user-friendly app.

During the peak of the pandemic lockdown, news sites across the world saw a huge spike in readers, unsurprisingly due to the high number of people isolating at home and consuming more online media for entertainment. Presenting news in a 10-second video format adds an extra element of interaction, as well as speeding up the news consumption process for the user. With a mobile-first approach, So.Fa.Dog’s app offers colour categories such as scientific discoveries, world economy, arts and fashion, playing on the ‘swipe’ action known to other social media apps with news feeds.

The app’s founder and co-founders Lauri Meidla and Mihkel Oja confirmed that investors responded well to the pitch. Co-founder Lauri Meidla explained: “We are very lucky to have ‘hot investors’ on board who believe in us and help us develop and fine-tune the product. Thanks to their and our customers’ feedback we have made our news clips more visually appealing, engaging and have improved the overall user experience. With the help of these investments more improvements in the journalistic quality and functionalities of the app lie ahead and we’re very excited for the upcoming months.”

Among some of the investors were CEO of LHV Group Madis Toomsalu, entrepreneur Kristjan Mitt and Planet 42 founders Eerik Oja and Marten Orgna. So.Fa.Dog app is available in English for Android and iOS globally.